Valentino Architects has been recognised at this year’s Architectural Review (AR) Future Project Awards. The team’s proposal for Ħal-Caprat Care Village – a care home for the elderly and persons with dementia, designed to be sited in Żebbuġ – was named winner in the Community and Civic category, as well as receiving a high commendation in the overall competition from the AR judges .

Now in its twentieth year, the AR Future Awards was launched in 2002 as the only international competition that recognises excellence in unbuilt or incomplete work exclusively, giving focus not just to design, but to how future projects might contribute to their wider location. The AR Future Awards form part of the Architectural Review’s wider awards programme, where architecture of varied typologies and scale is celebrated and given a global platform by one of the world’s longest-running architectural journals. The Architectural Review was established in 1896 and is known around the globe for steering international discourse on design themes, development and theory.

Ħal-Caprat Care Village, for which the team began working on designs in 2018, is conceived as a ‘village within a village’ – an urban community residence that supports the needs of elderly citizens living with dementia and disability through bold, integrated space. Its design is built on three central conceptual pillars – the promotion of public integration; building a direct relationship with urban context; and creating a sense of familiarity and de-institutionalisation through design. To date, Valentino Architects’ proposal has been stalled at planning

application stage and is therefore temporarily confined to the drawing board. The studio is meanwhile conducting research around international care home precedents that resonate with Ħal-Caprat’s central design approach. 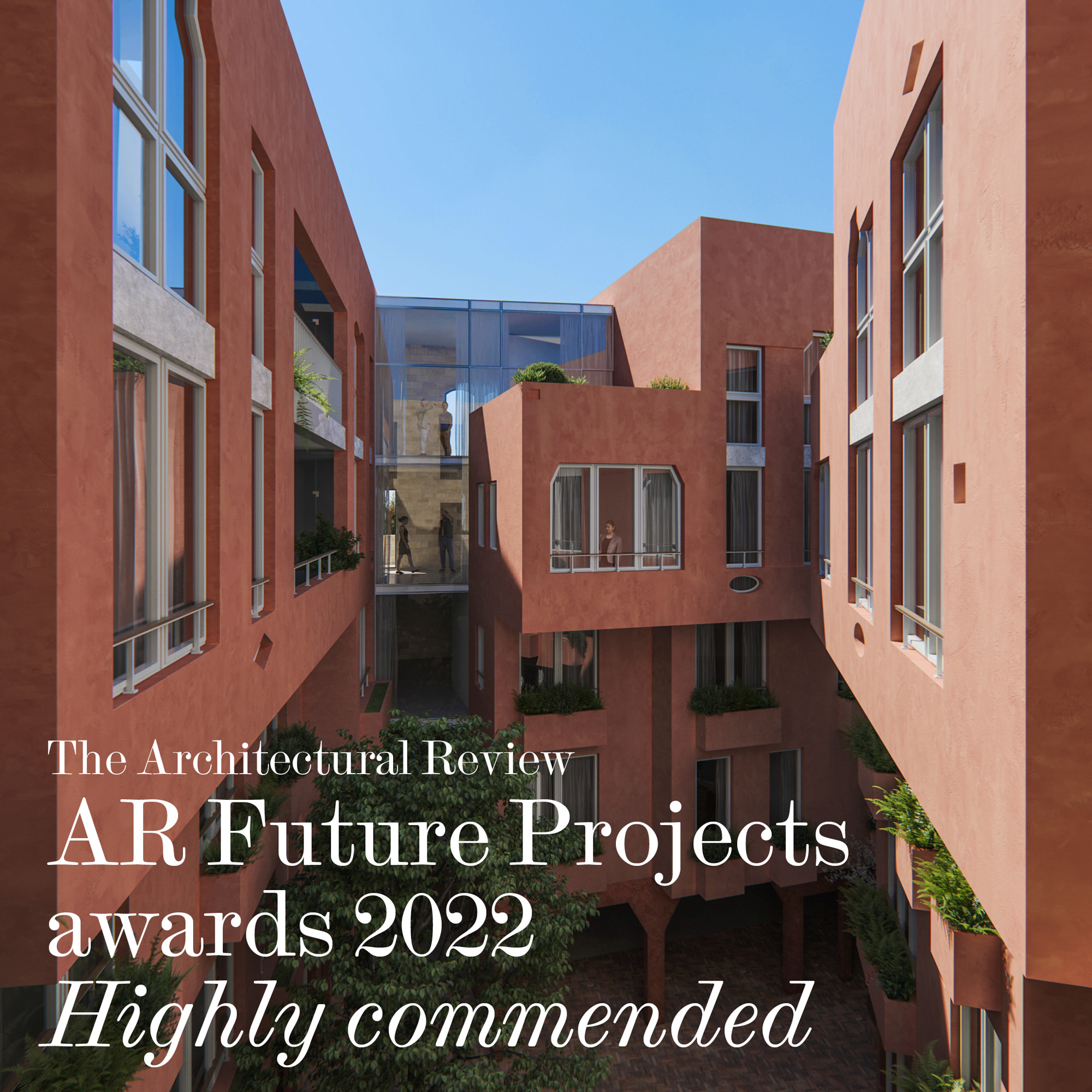