In 2021, a year after the outbreak of Covid-19, restrictions still dictated society’s spatial and communal activity. The architecture of the home became a backdrop to events traditionally taken up elsewhere, stretching its conventional function of shelter and respite to support the different ways people now needed to live. In July of that same year, a team of musicians and performance curators made architecture the backdrop to a well known operatic tableau, re-imagining Puccini’s La Bohème within the setting of La Serenissima – the studio-home of Modernist artist Frank Portelli, retrofitted by Valentino Architects.

Directed by Denise Mulholland, the scene was re-framed through the lens of 1960s’ artistic bohemia, uniting a period of Portelli’s own active artistic career with the imagined scene of a courting mid-century couple. Portelli’s angled skylights, converted by the Valentino team into a semi-open decked terrace, aligned with the archetypal setting for La Bohème, which has over time been staged within an artist’s garret, typically with large sloping ceilings and windows.

The interiors of Portelli’s apartment gave texture to the staging, his preserved plywood mood boards creating a temporal link between scenes of artistic creations from the past and the setting built by the opera’s production team. As such, Andrew Borg Wirth, Co-Set Curator, describes how “architecture became a story-telling tool that went beyond being just a context. It was important that with this small project, we continued to add layers to a place’s history”. Within the layered history of Portelli’s past studio-home, architecture became a support to the one of the most potent methods of escape known to humanity – art, theatre, music, and the enduring allure of storytelling.

La Bohème was performed by the Malta Philharmonic Orchestra alongside soloists Nico Darmanin (Tenor) and Nicola Said (Soprano). The set curation for La Serenissima was co-executed by Andrew Borg Wirth and Tina Mifsud with Muscat Drago Productions (DOP). The performance was directed by Denise Mulholland with photography by Ramon Portelli. 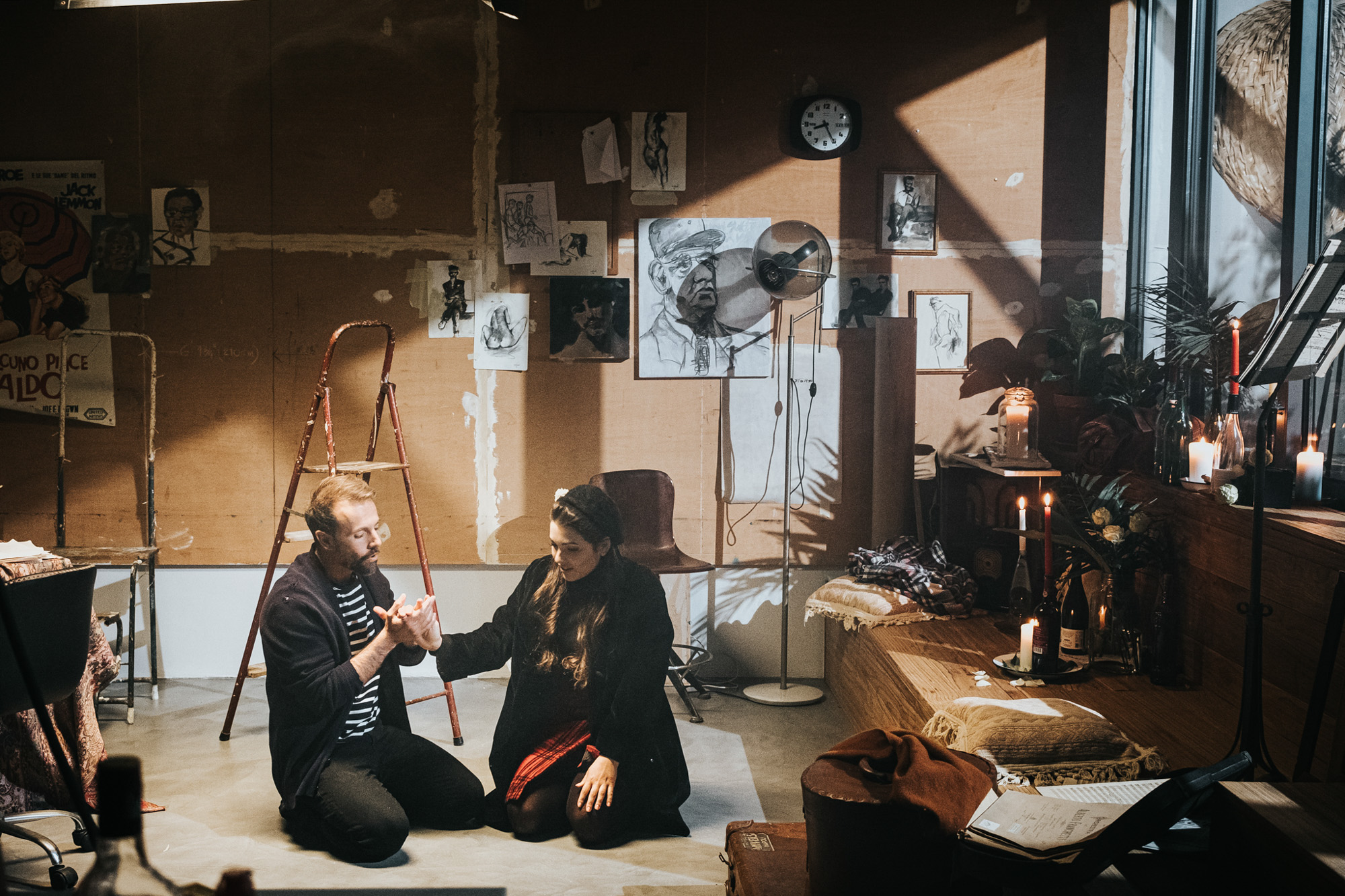