This retrofit project re-imagines the studio of post-war artist Frank Portelli, who designed a studio-home in Attard characterised by bold, angular form. La Serenissima sits within this building, preserving the intentions of the artist’s design as a contemporary living space.

Defined by tall geometric windows and a strong north-south axial layout, Portelli’s original studio maximised strong south-westerly light. Its re-worked interiors follow this axis, with living spaces at the south and more private rooms to the north. Between them, a small home office and conservatory sit on an intersecting east-west axis.

Rooms at the south are bordered with 45-degree skylights and high-set windows. The southernmost end has been converted into an outdoor space with a raised timber deck and new glass perimeter. By removing the angled skylights above the deck, the space becomes an external terrace that is shaded from the hot summer sun and openable during warmer months. The timber deck steps down into the kitchen area, doubling as seating.

Throughout the apartment, Portelli’s collection of mid-century furniture and lighting have been restored and integrated into the decor, his original plywood pin-up board kept hung in the kitchen. At the northernmost end of the plan, a bedroom and bathroom flank a central, floor-to-ceiling triangular window. A sliding door provides the option for closing off these rooms for privacy, whilst allowing the central sight- line to remain uniterrupted while open. 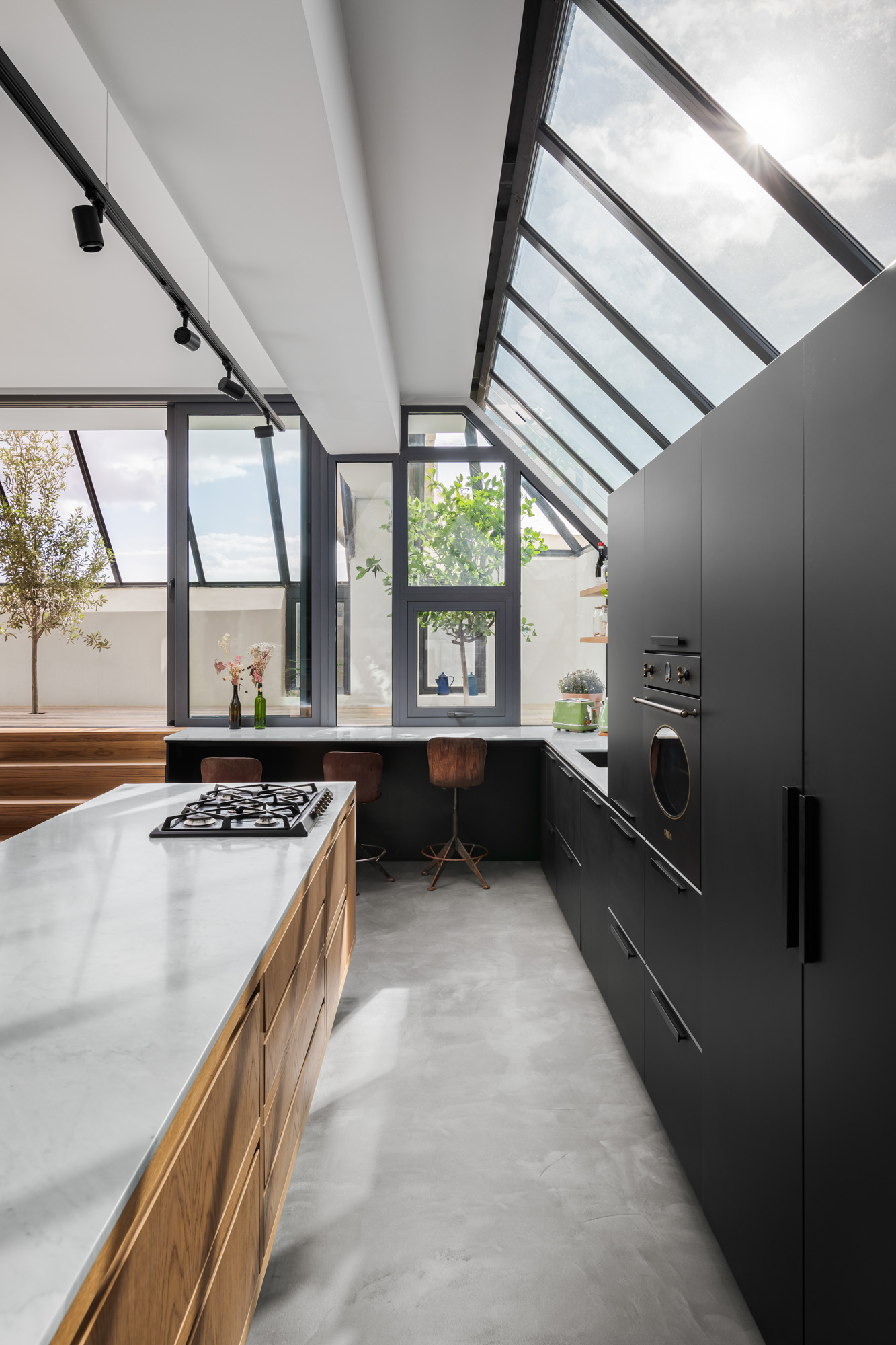 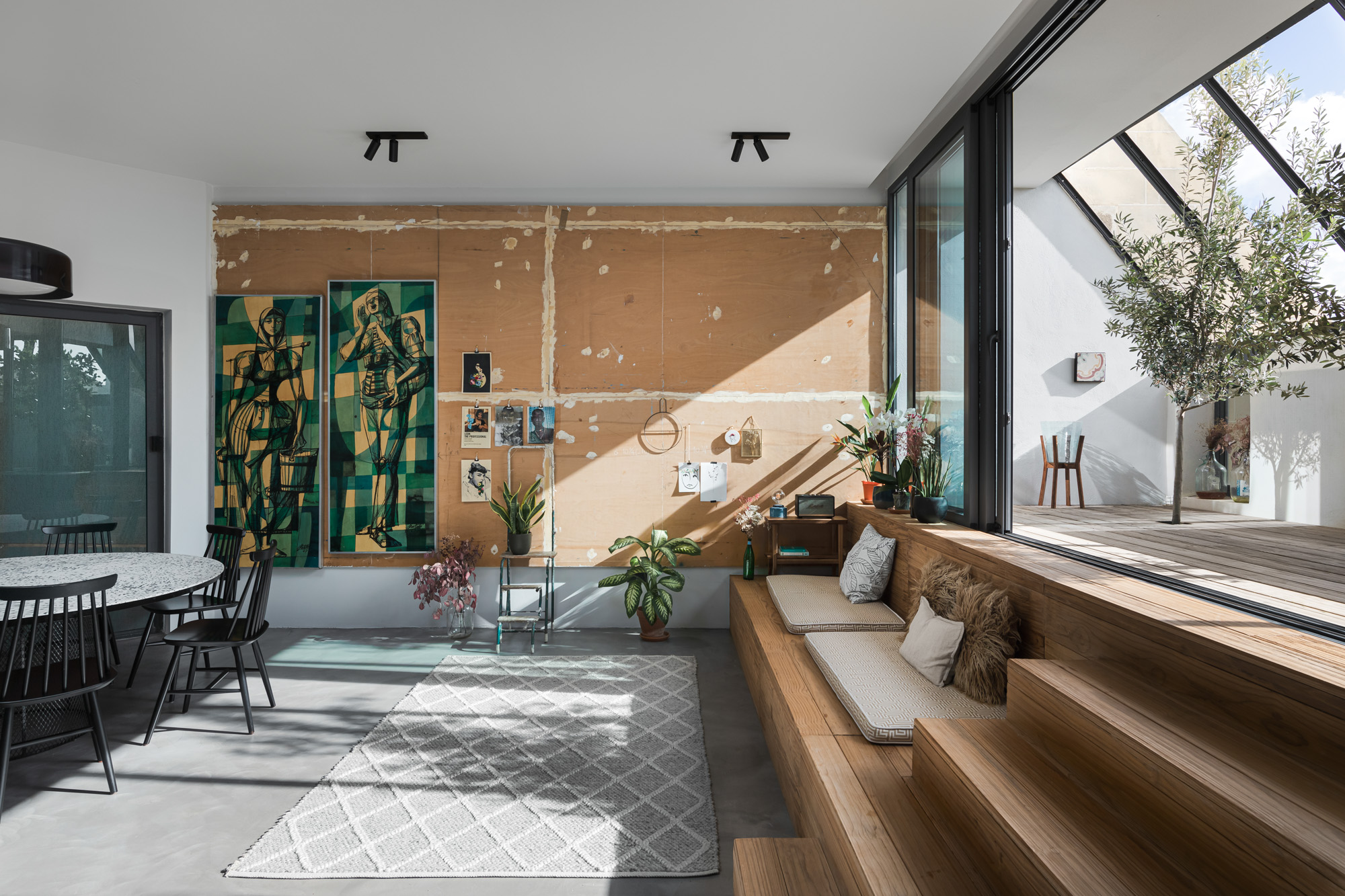 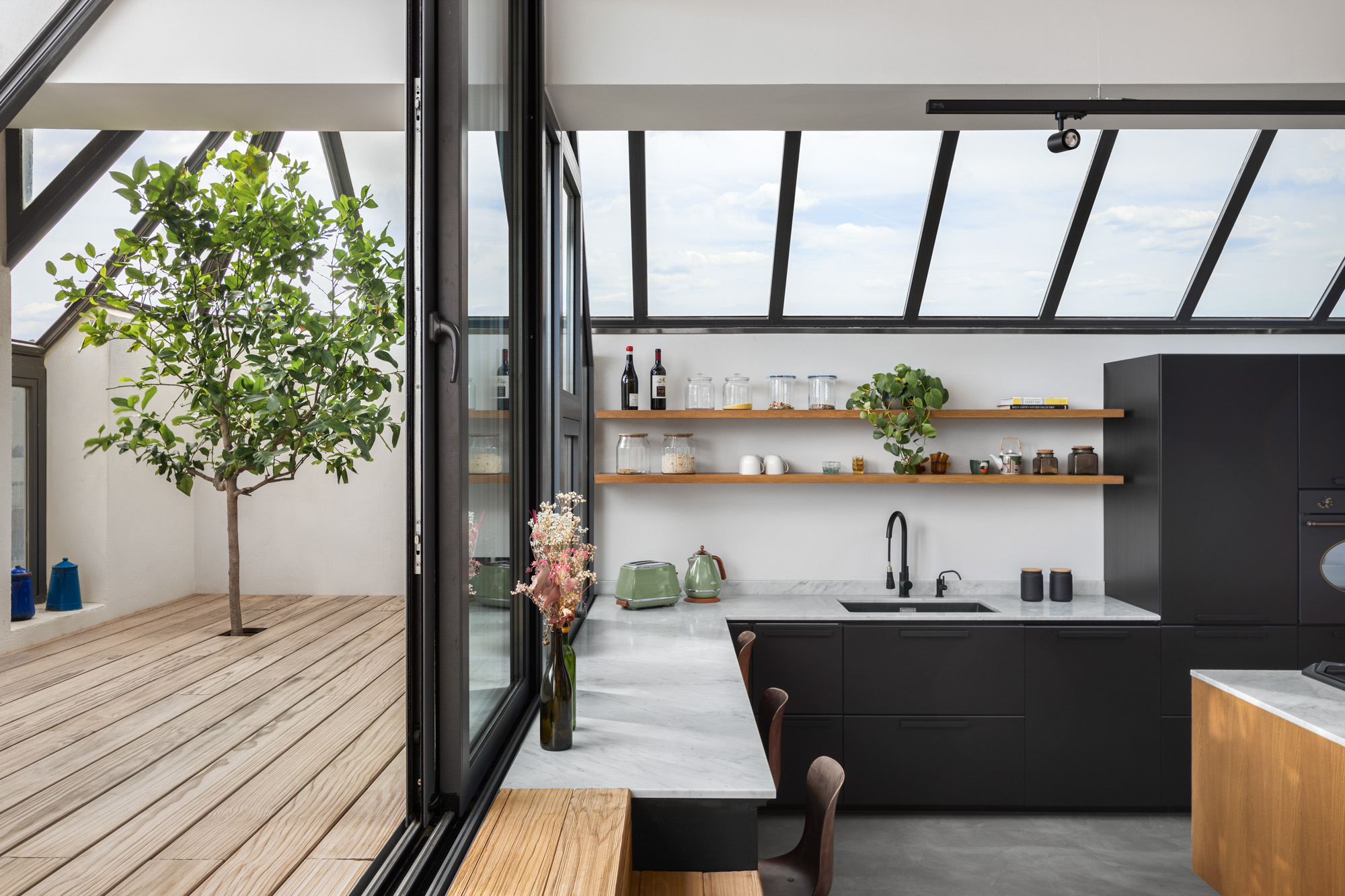 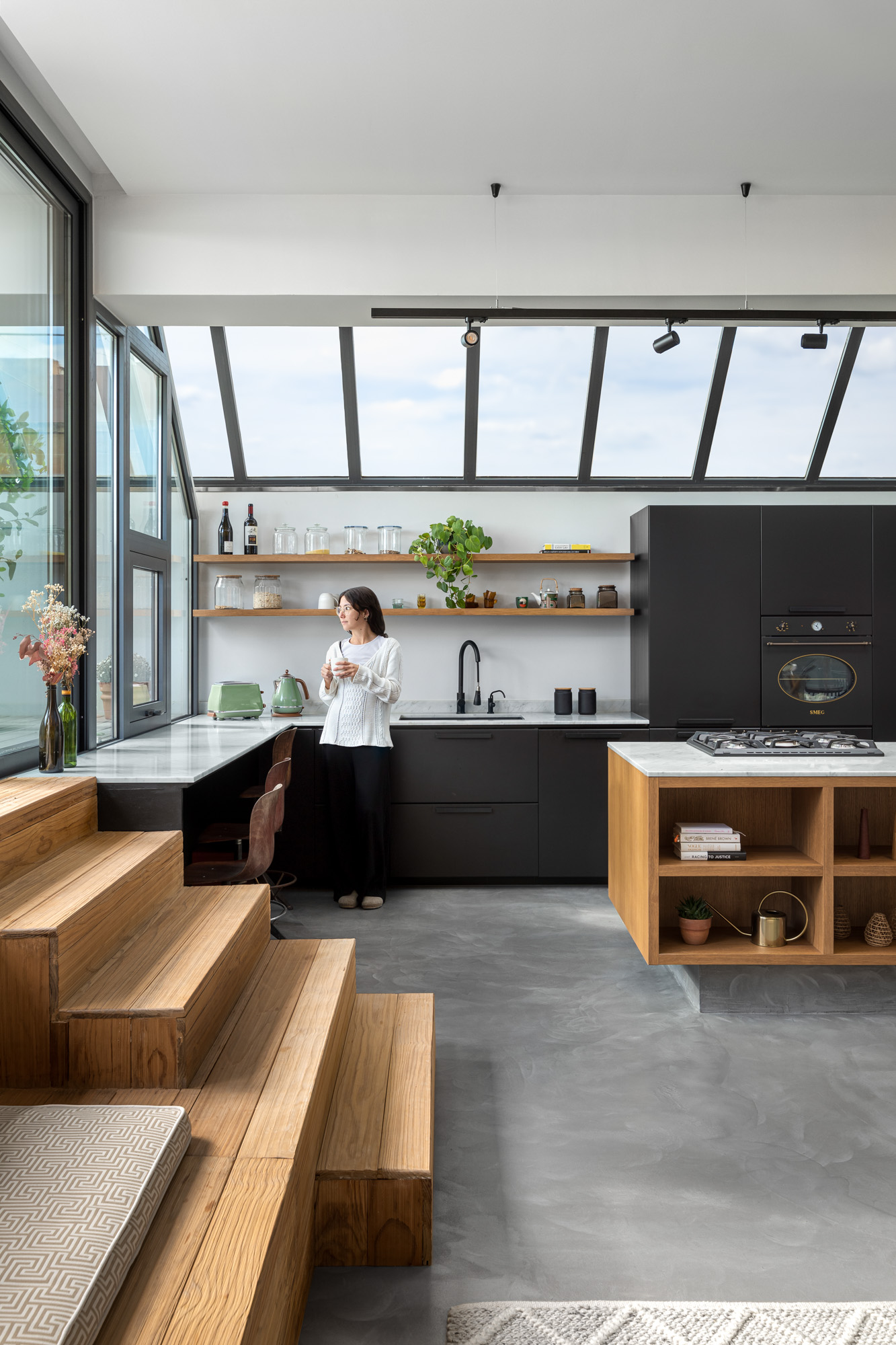 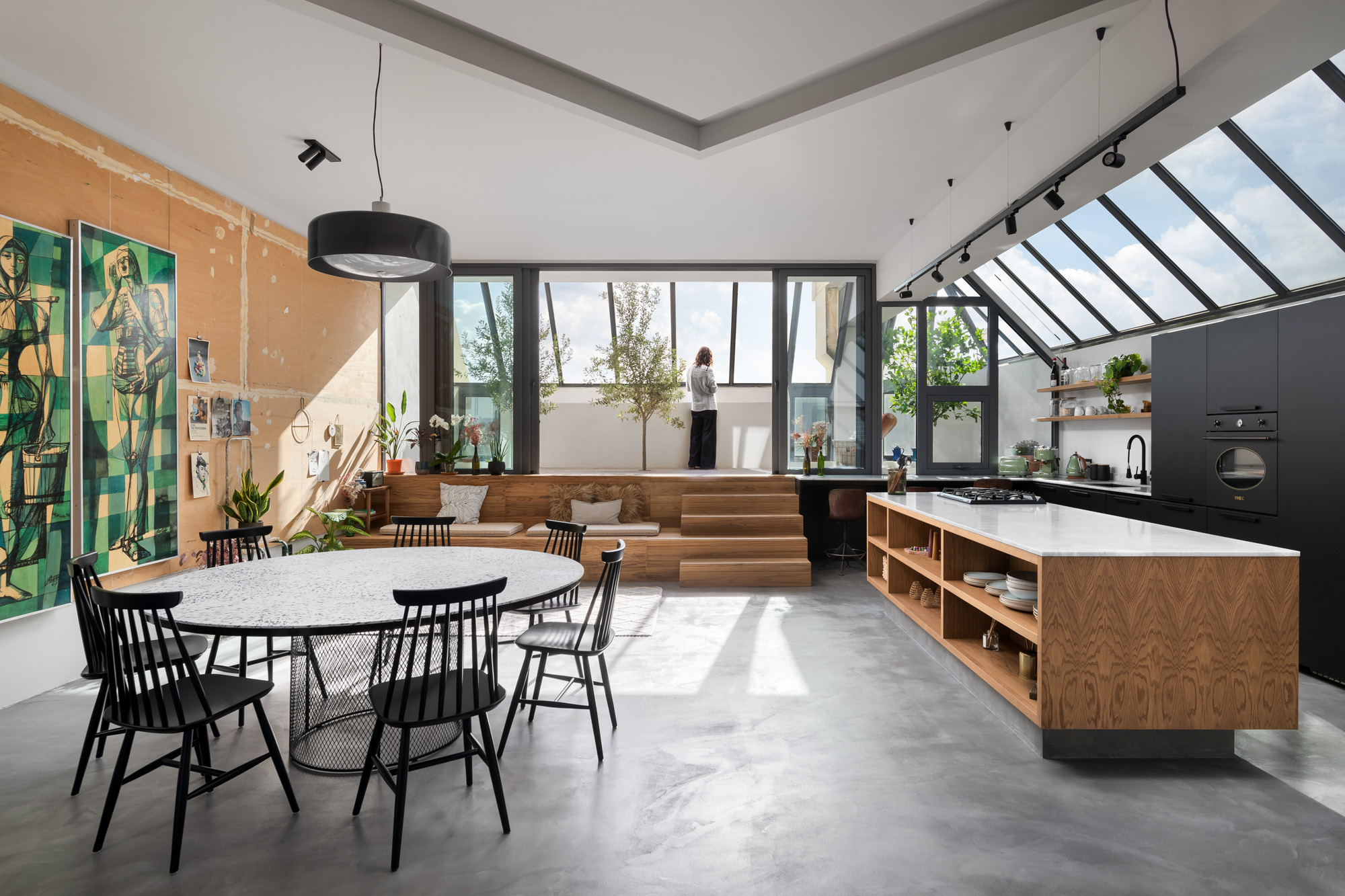 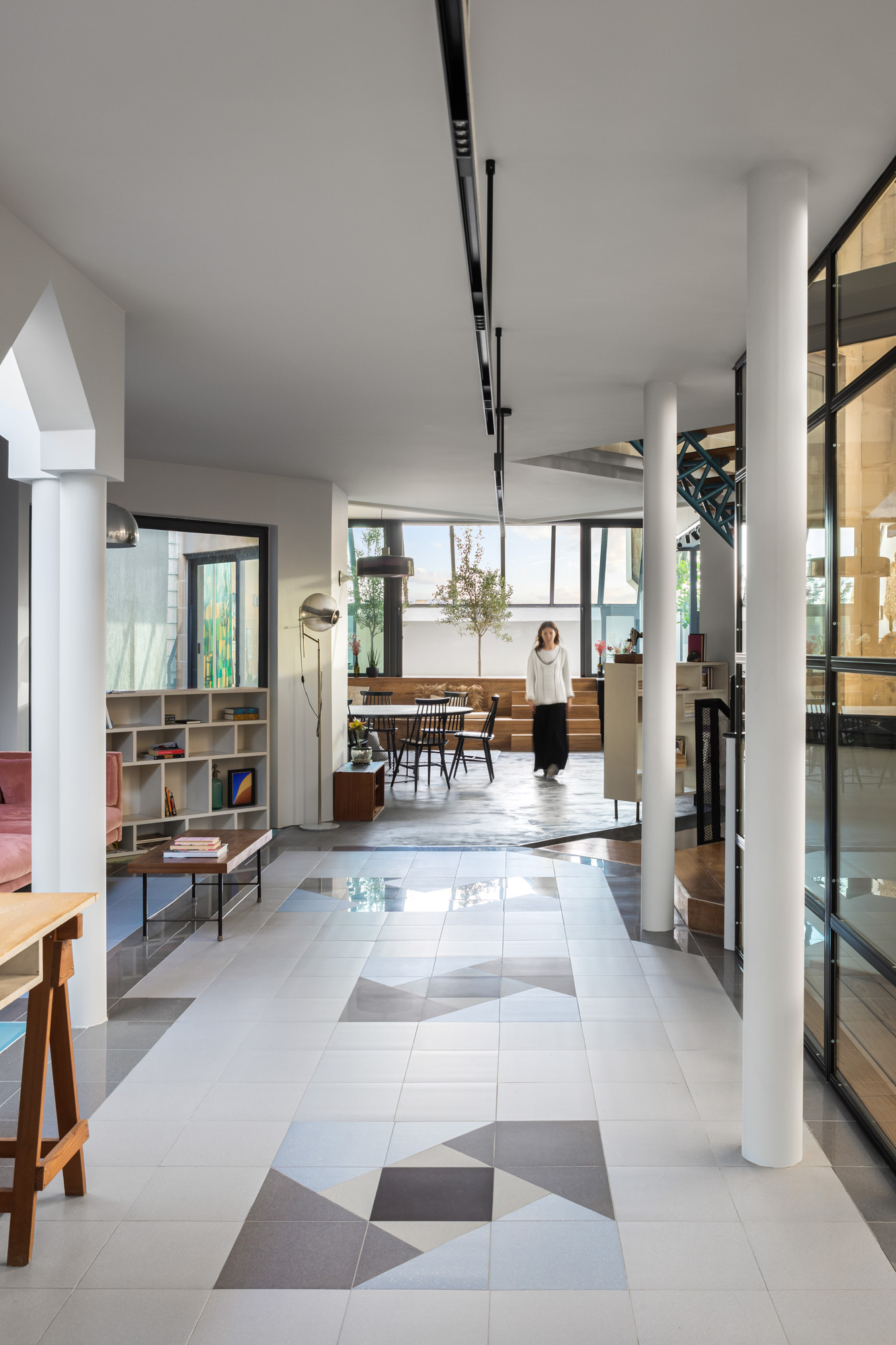 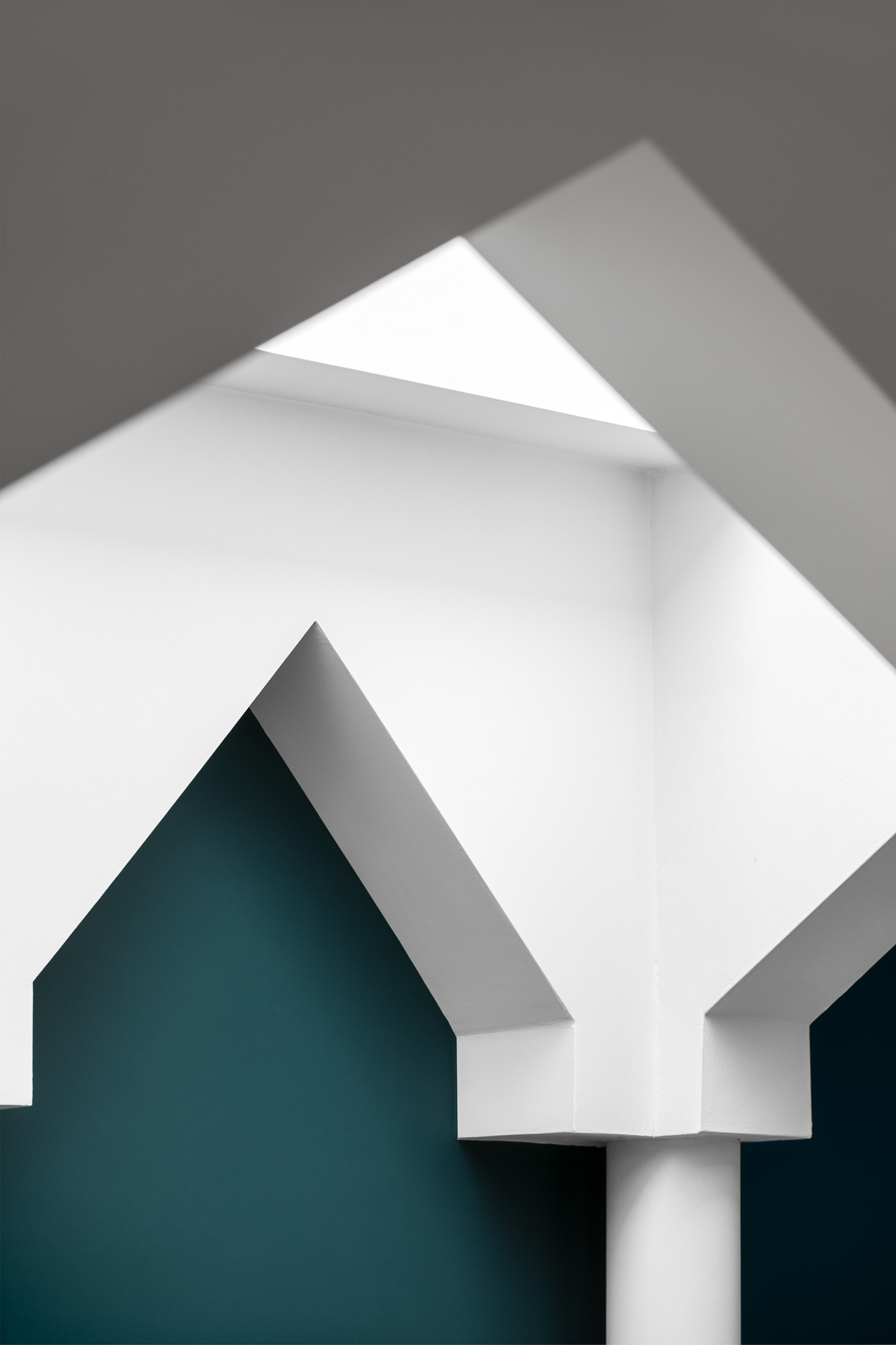 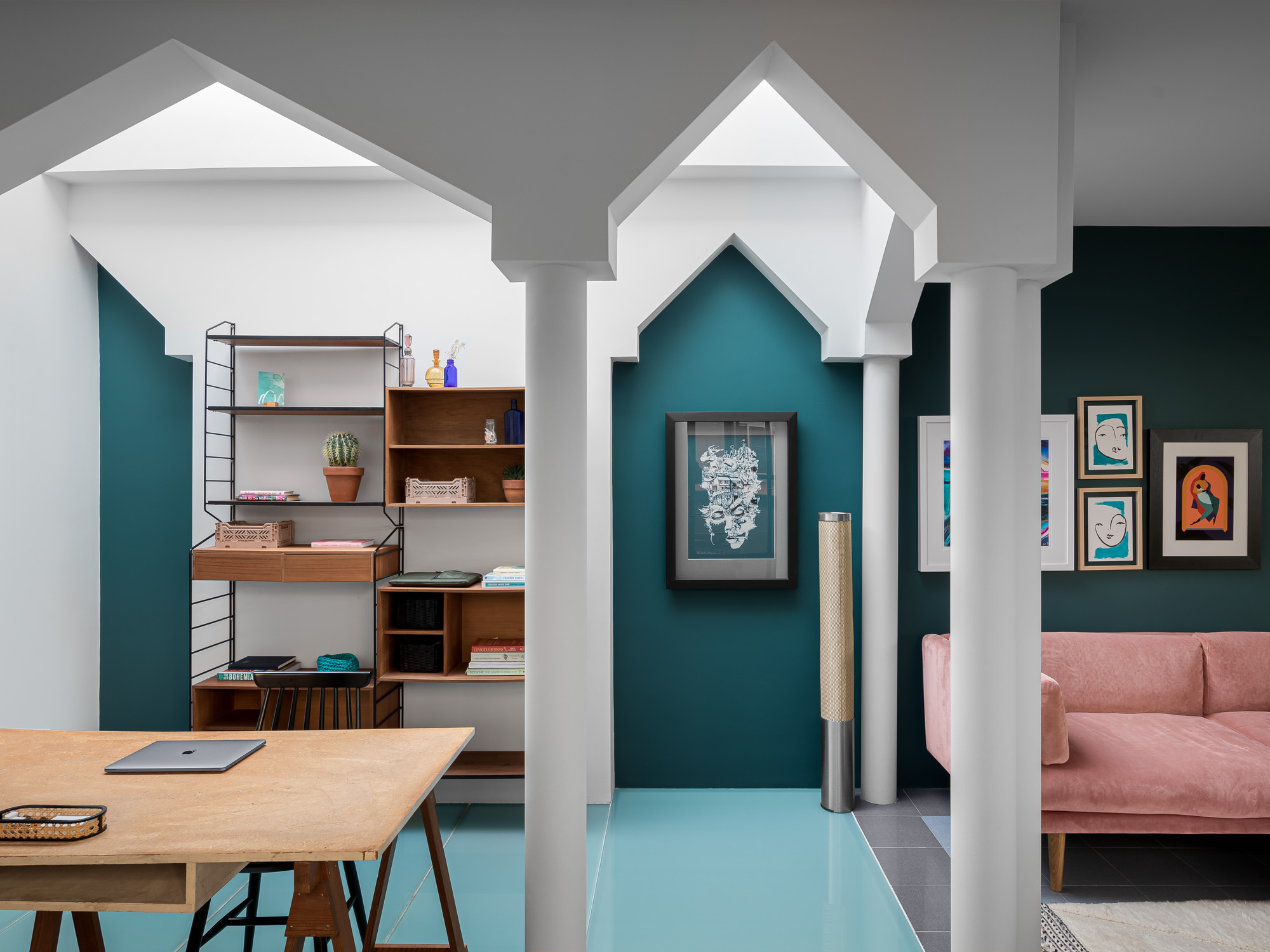 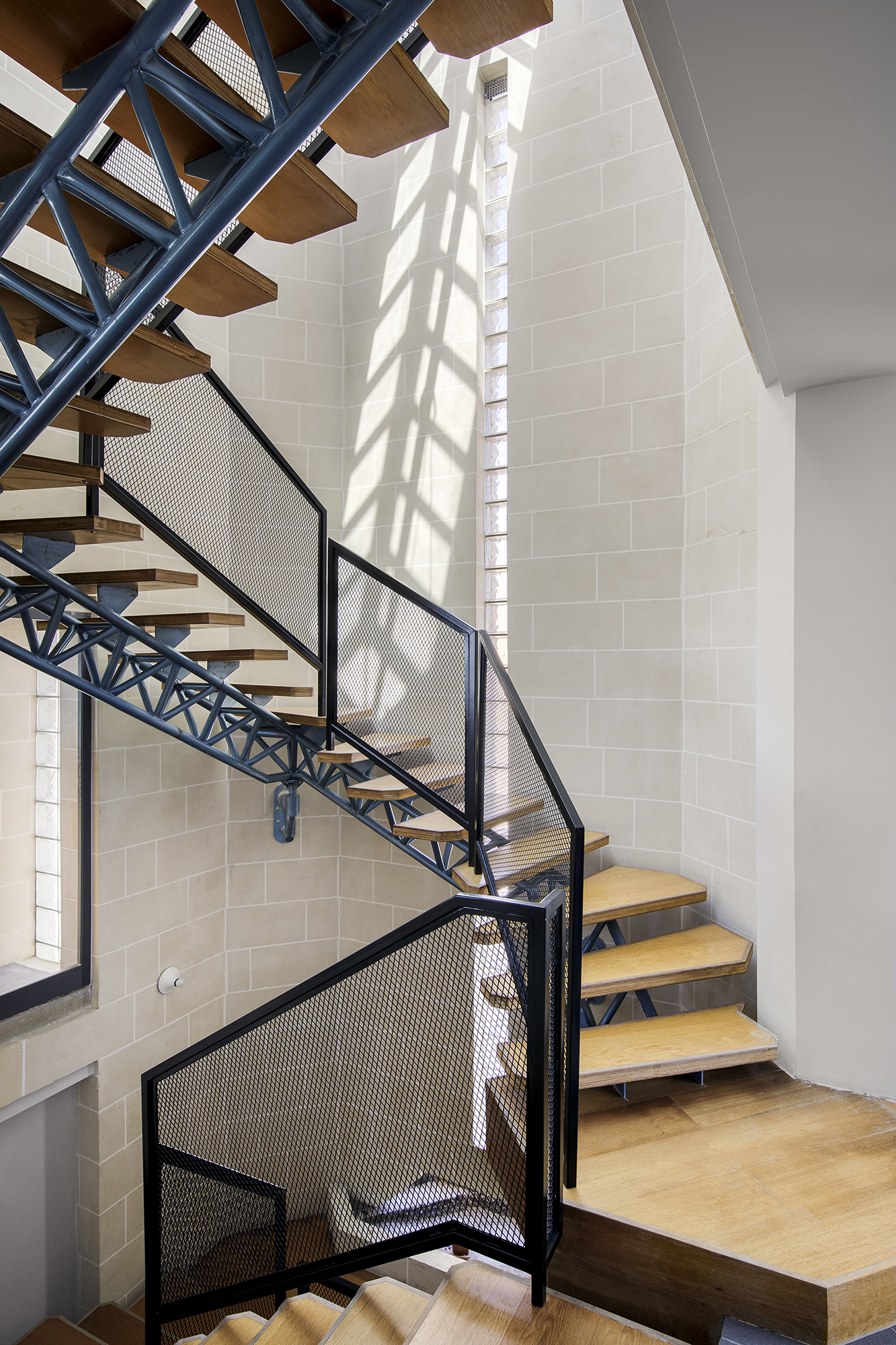 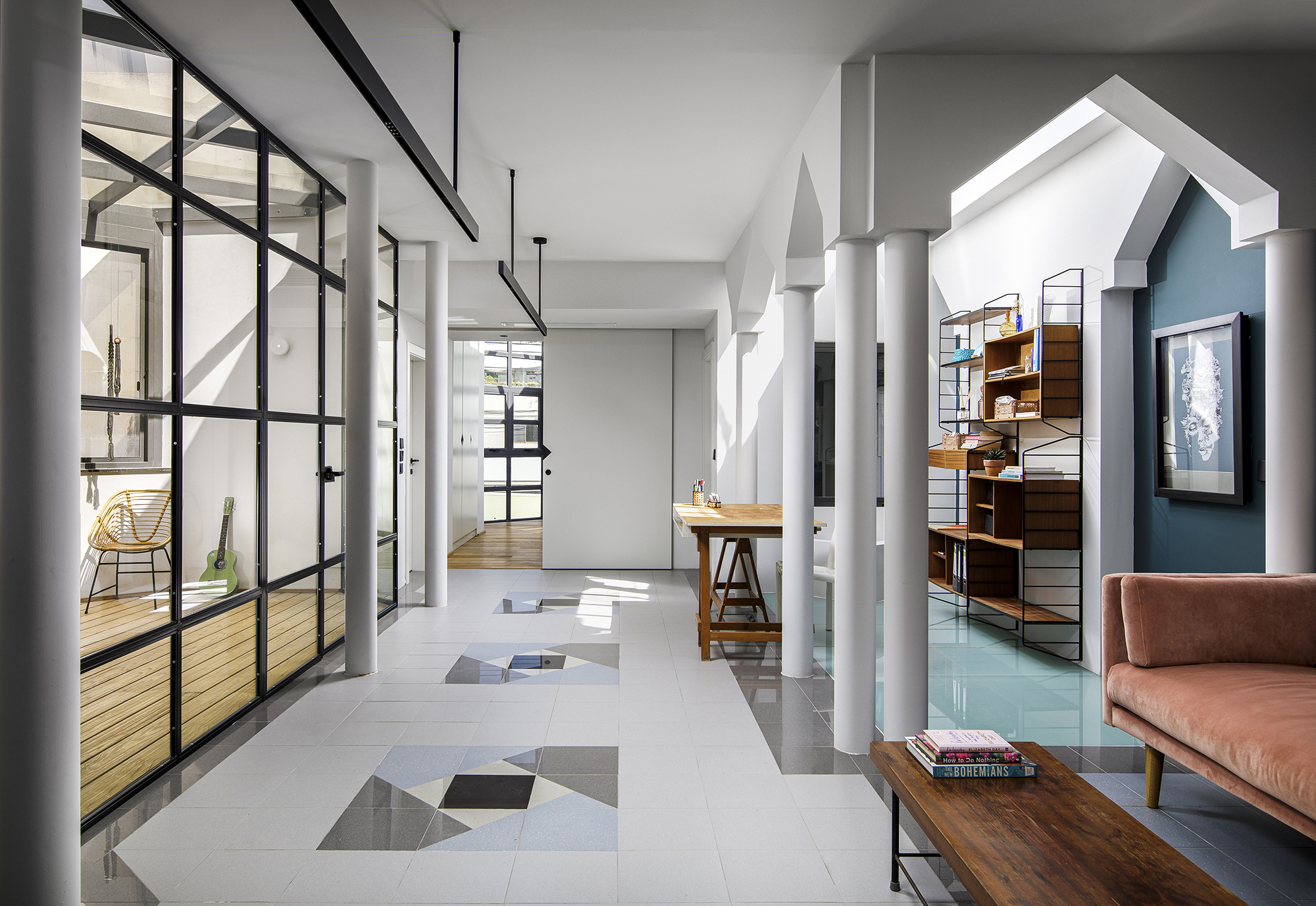 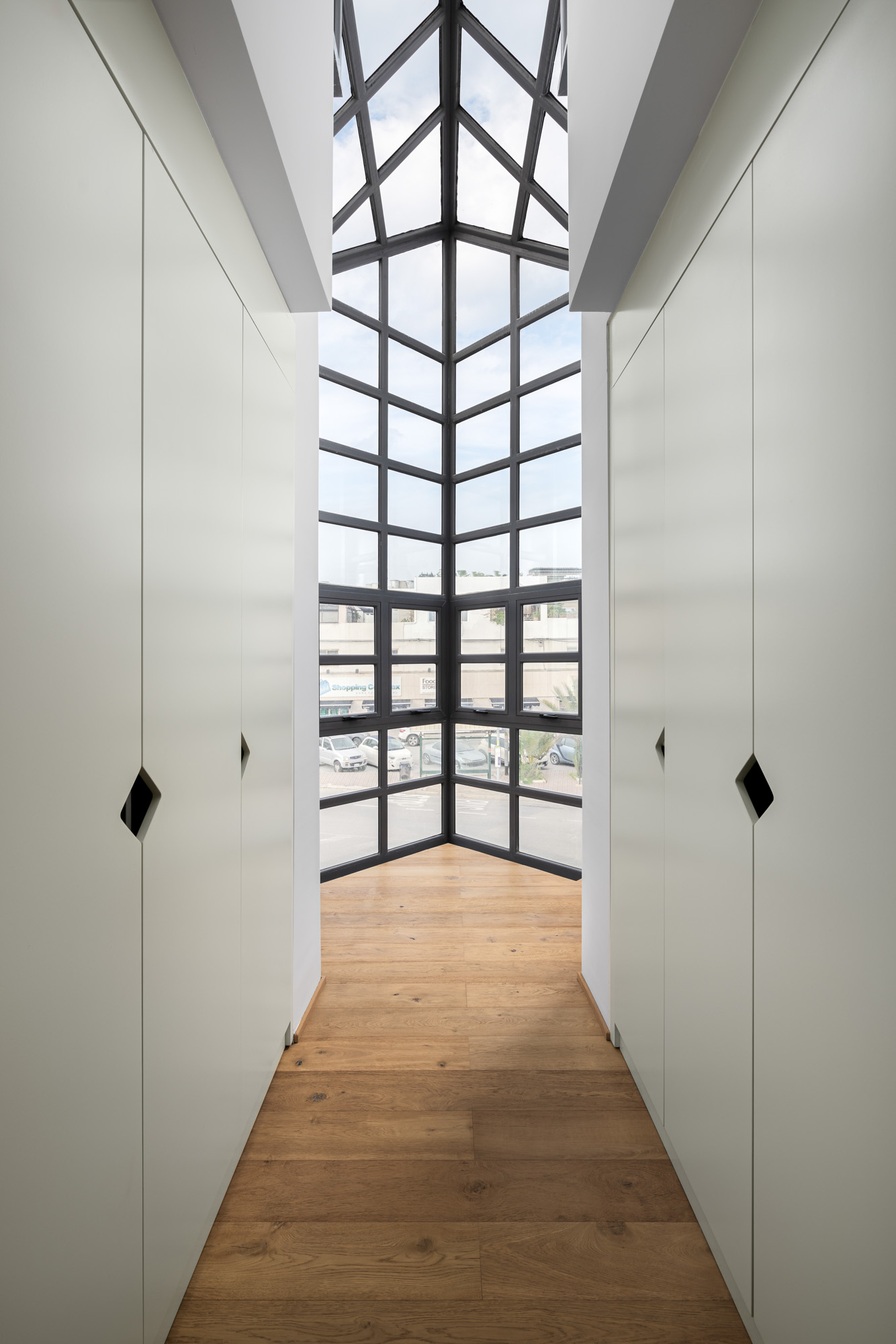 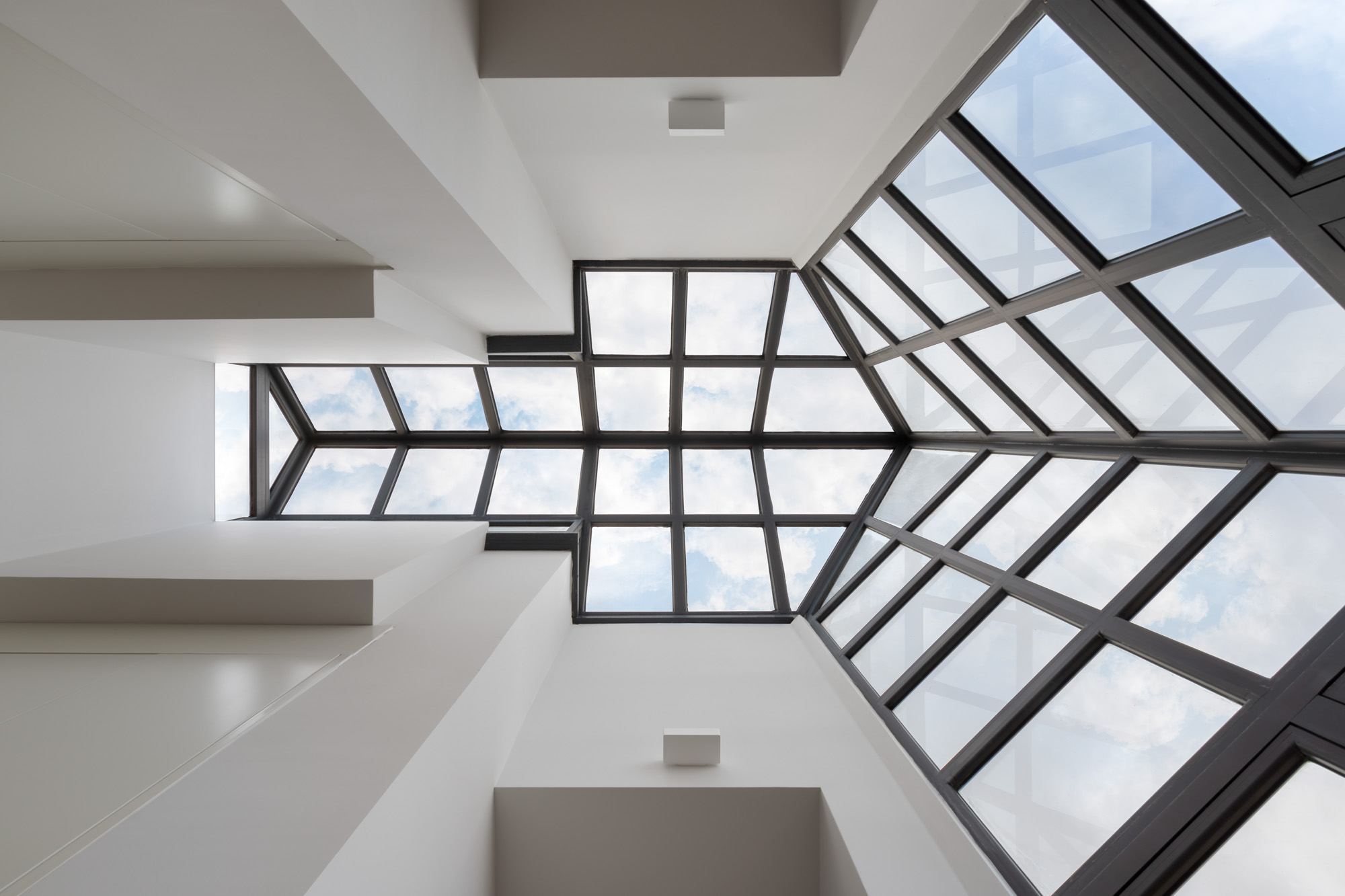 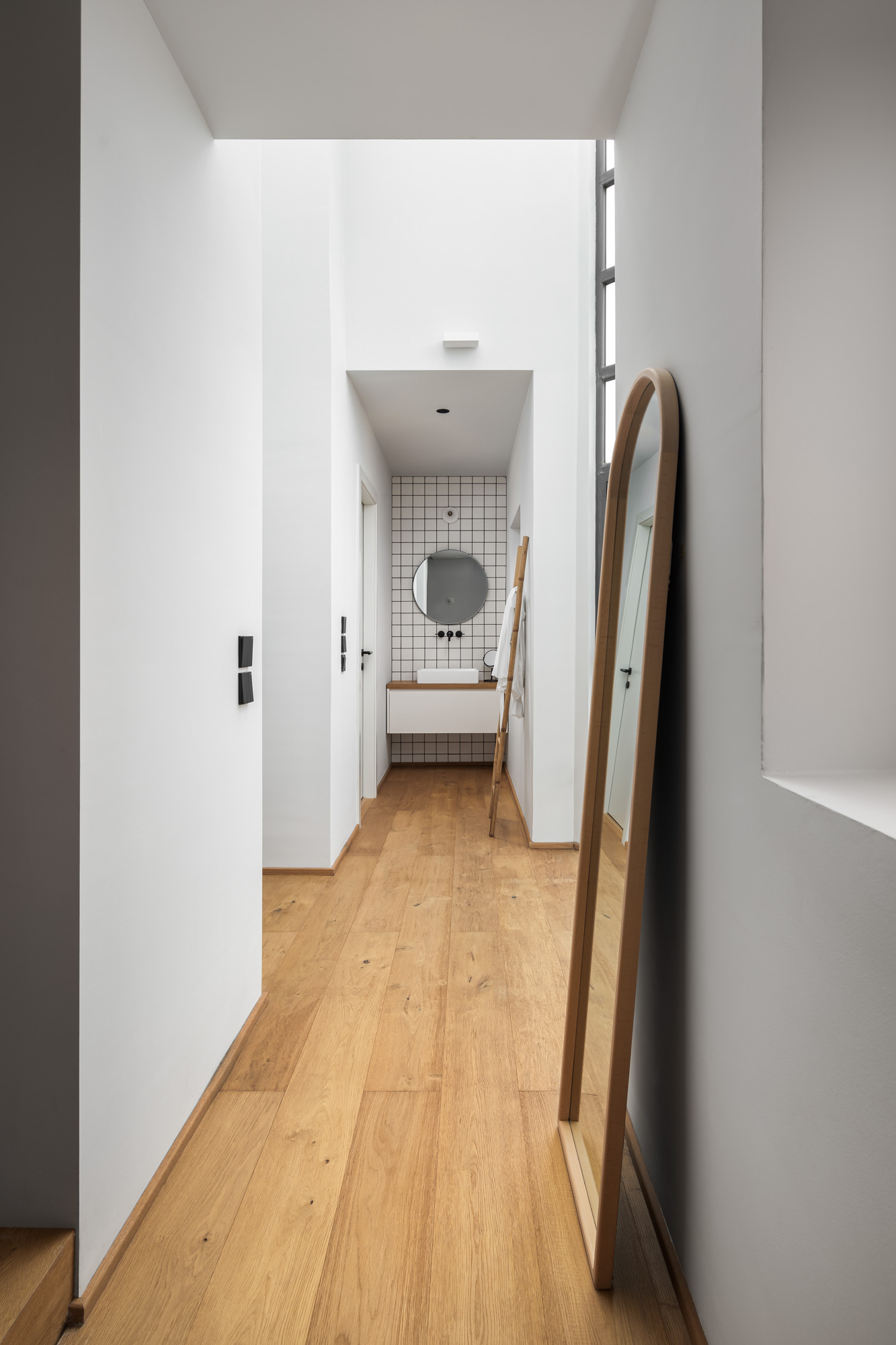 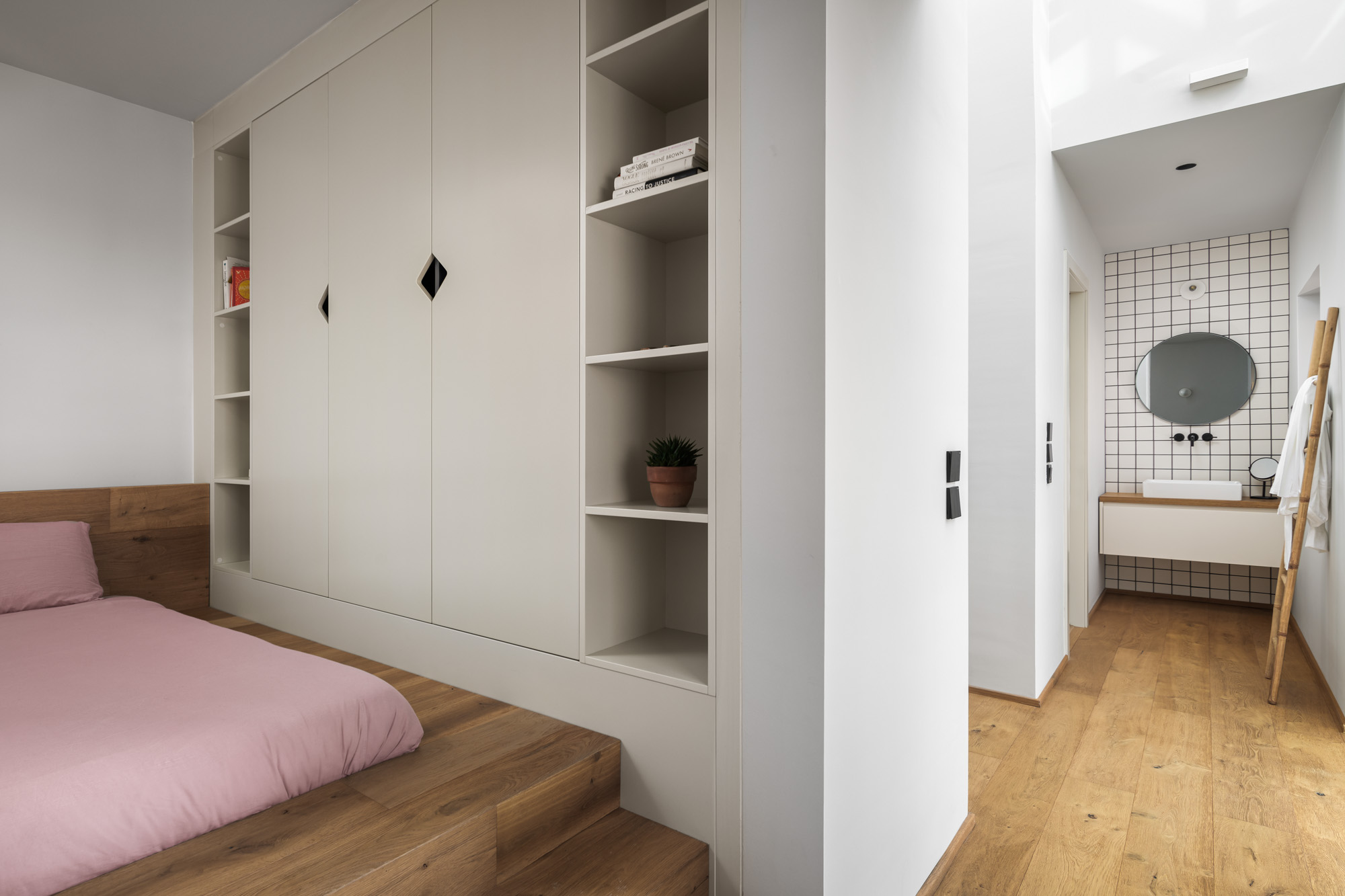 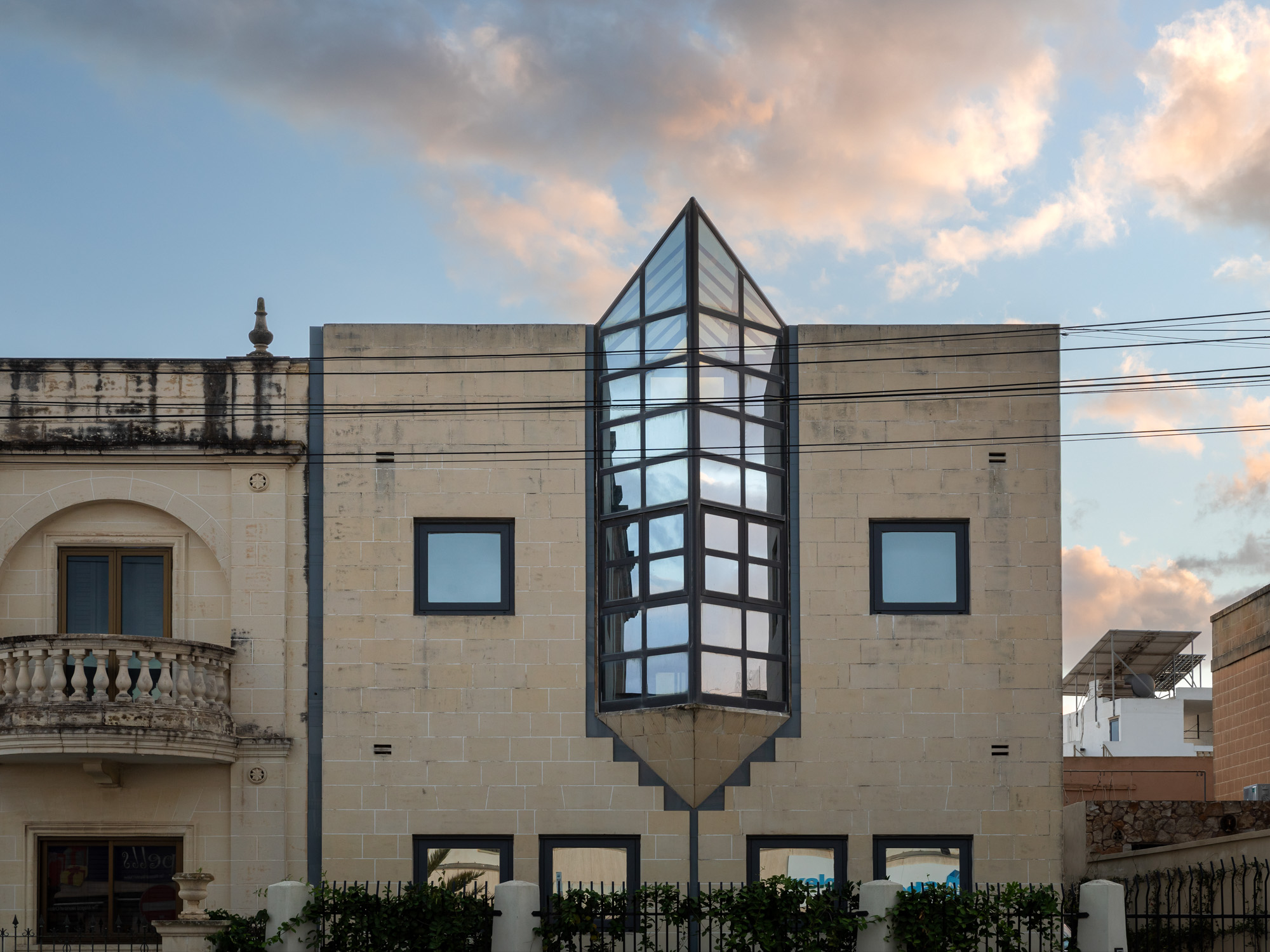 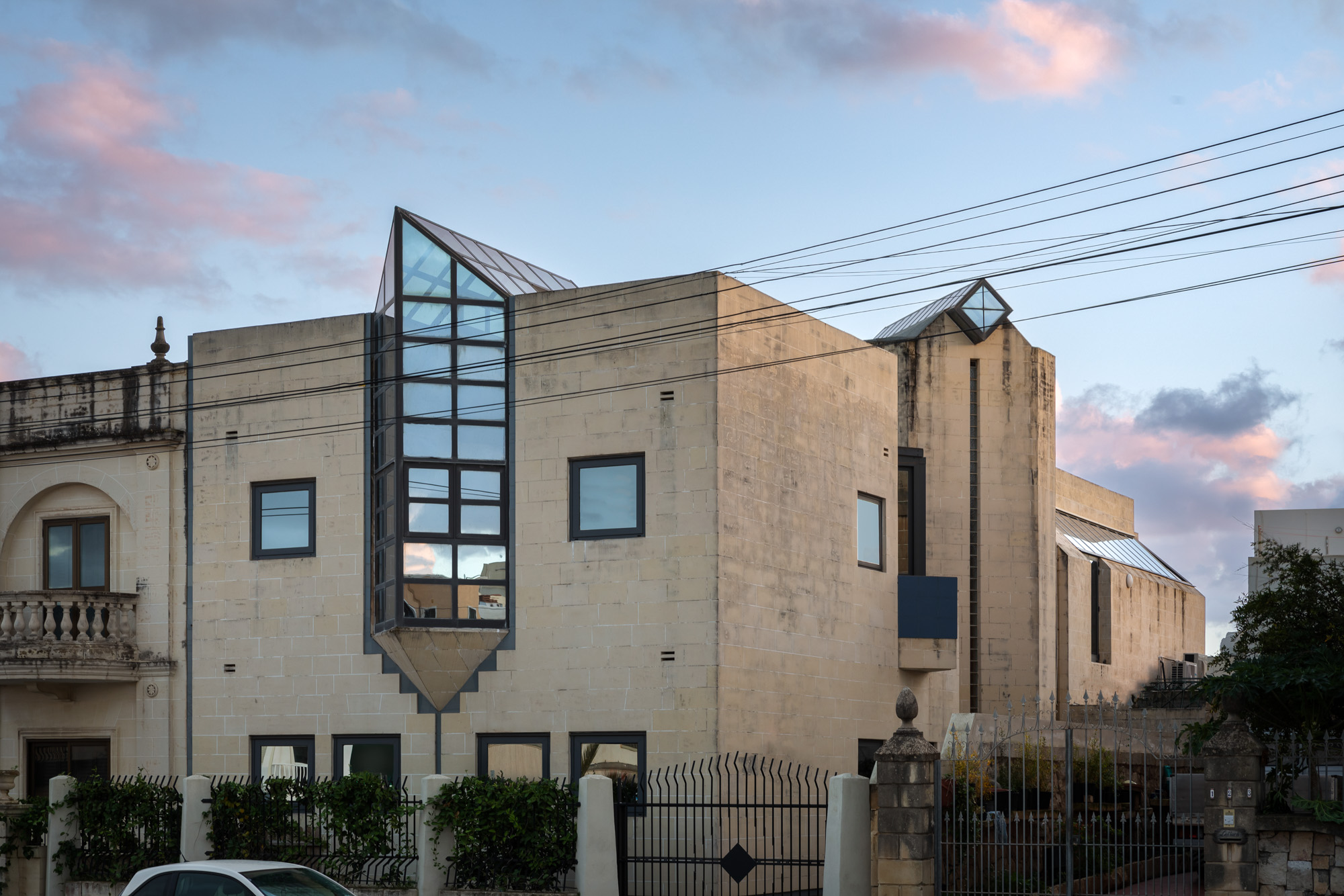 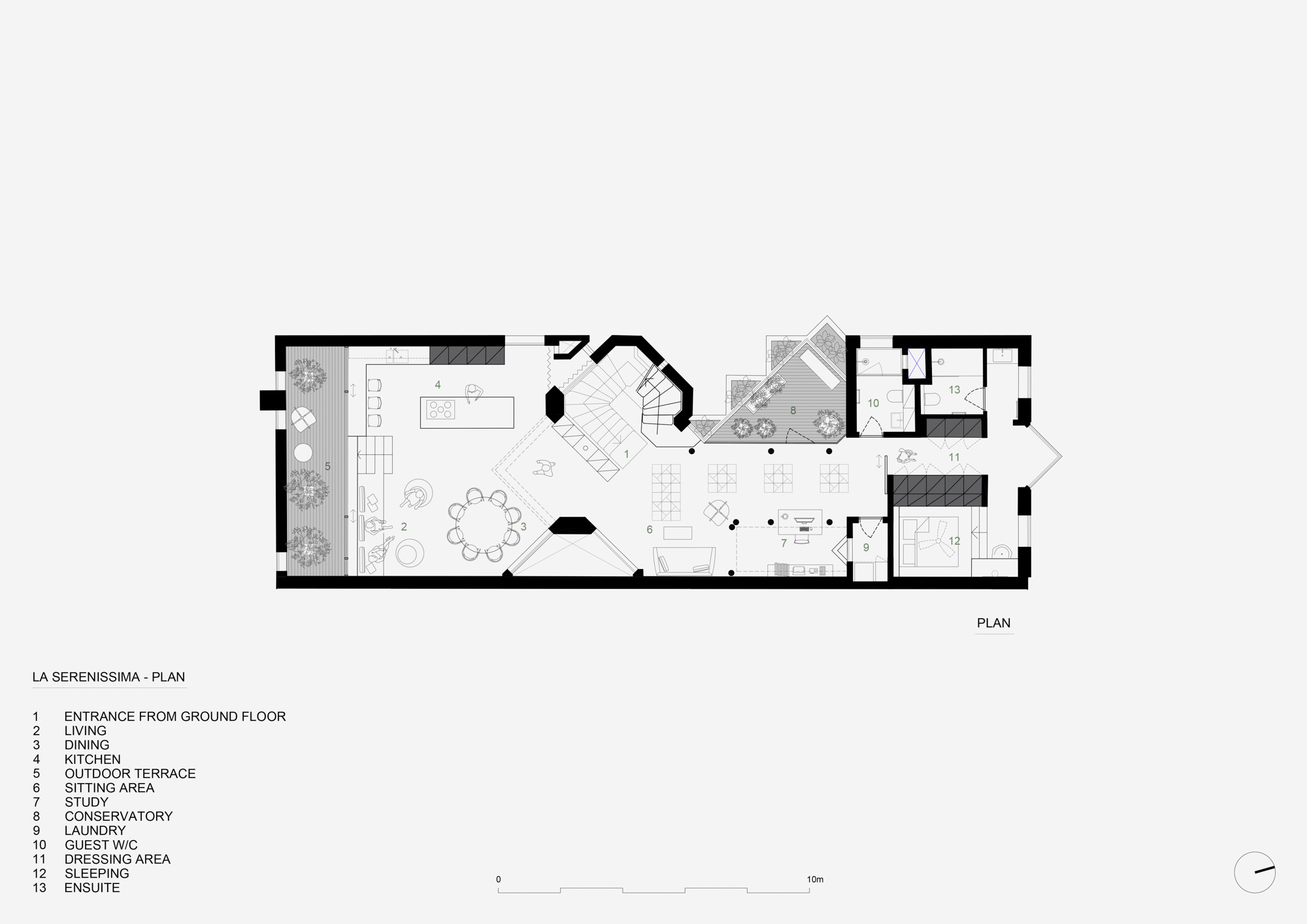 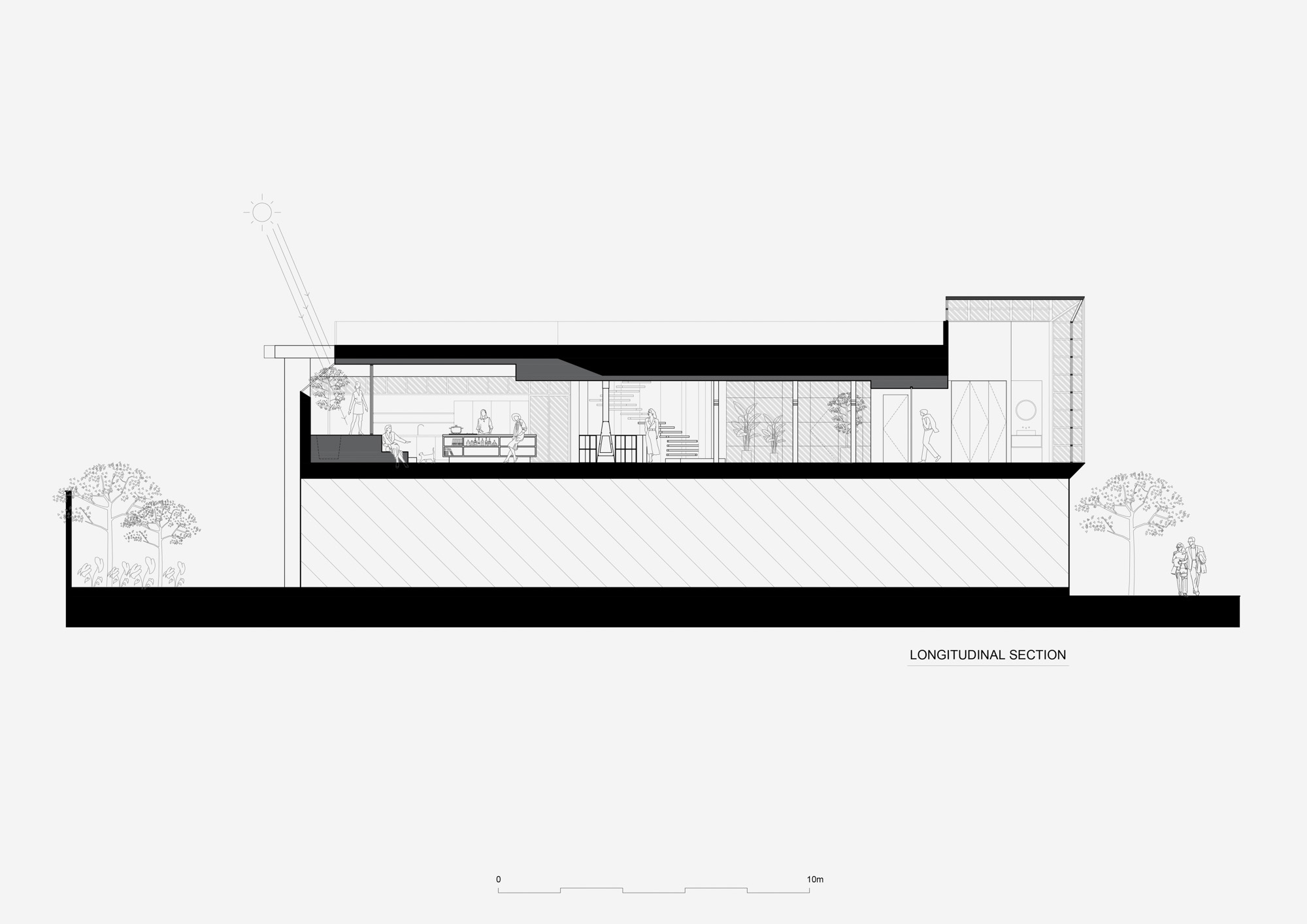 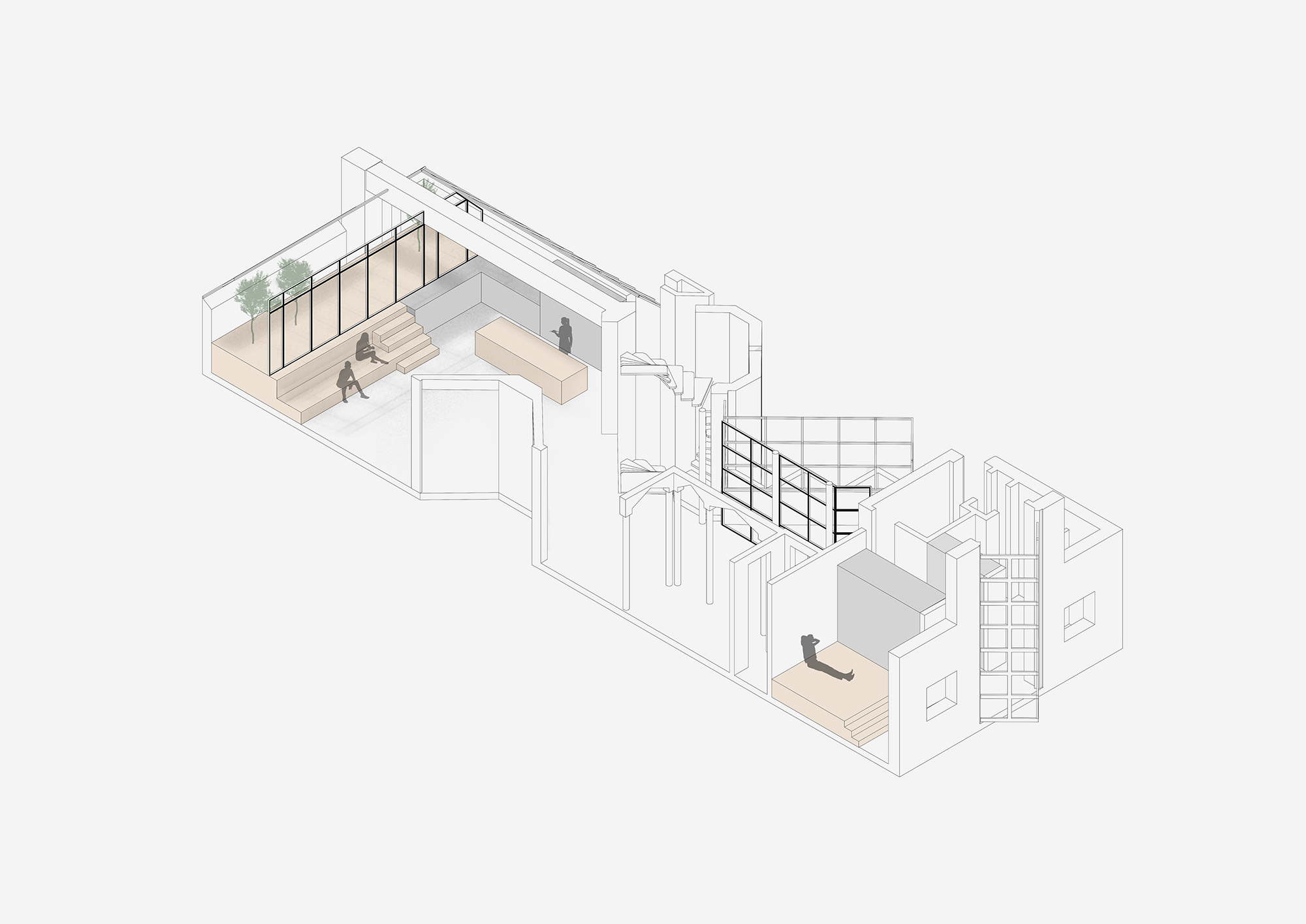