Built as a presentation tool, the Kalkara Residences model highlights the project’s position within a town cul-de-sac, giving dimension to its narrow site between a pedestrian alley and wider road. The model was cut, built and assembled by hand by Rob Colvin, architect at Valentino Architects, using hand tools and hand operated machinery.

Colvin approaches model-making as a methodology for context study, drawing from a strong tradition of model-making at the Macintosh School of Architecture (MAC) in Glasgow, where he studied before joining the studio. The MAC is well known for inviting students to submit
dissertations as model studies, allowing them to present finely crafted models at any chosen scale, alongside abbreviated essays outlining process and rationale. Likewise, Colvin’s own design process as a student was to use contour site maps as a departure point for forming, carving, casting and constructing physical model bases in the MAC workshop. Using these as initial tools allowed for direct engagement with a project’s environs, understanding urban relationships, both in terms of immediate site as well as connectivity to its wider context.

Colvin’s work on the Kalkara model similarly focuses on a detailed emphasis of context. The model is built predominantly from recycled grey board, Foamex and Balsa wood, which are left in their raw state to celebrate each material’s surface texture, eliminating the need for additional finishing or coloured layers.

The Kalkara Residences model presents model-making as a process for creative architectural development and testing. Beyond a representational function, models provide the design team with a thorough understanding of spatial conditions, enabling a small-scale, tangible experience of materiality, texture, light and shadow. 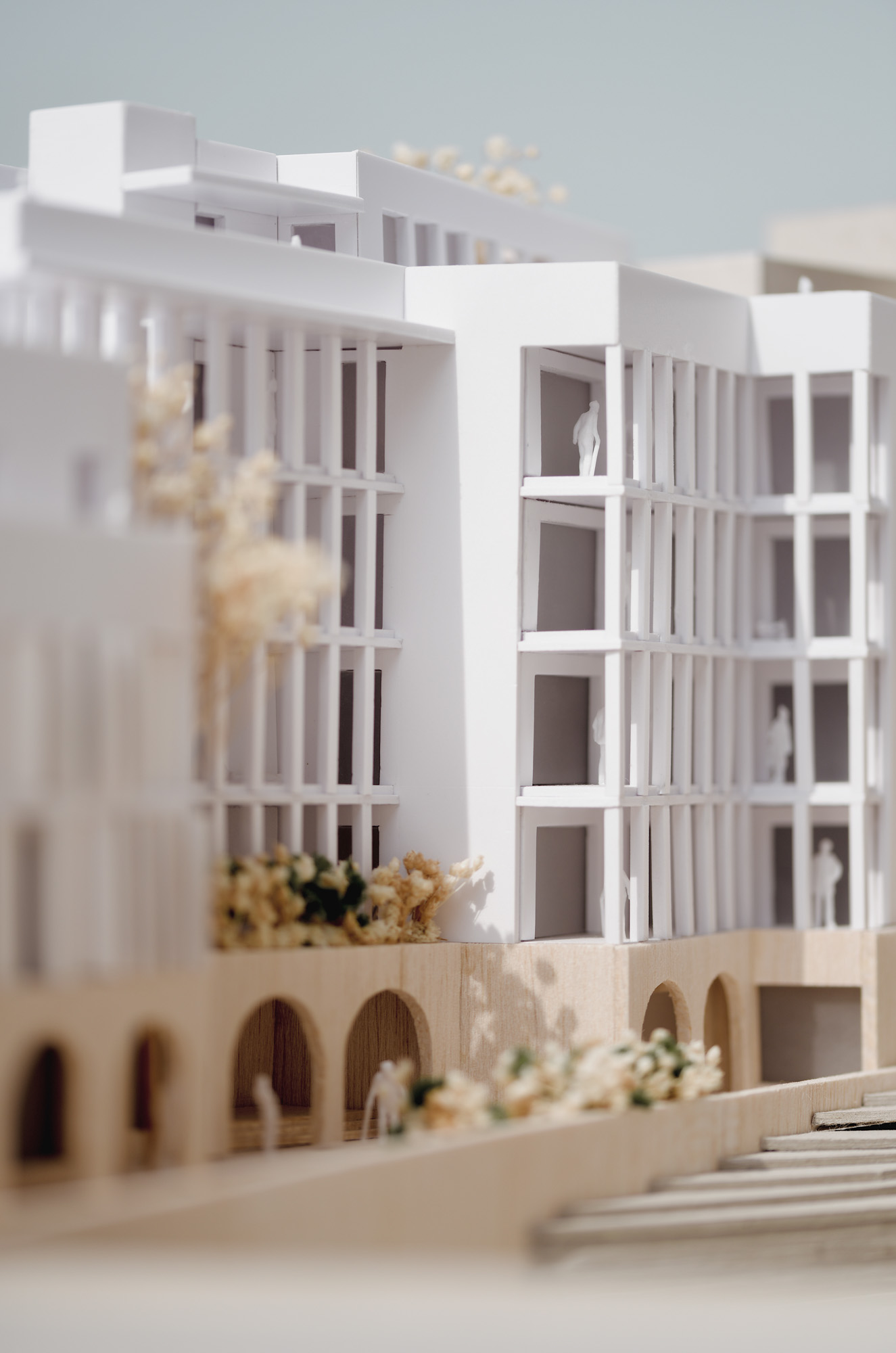 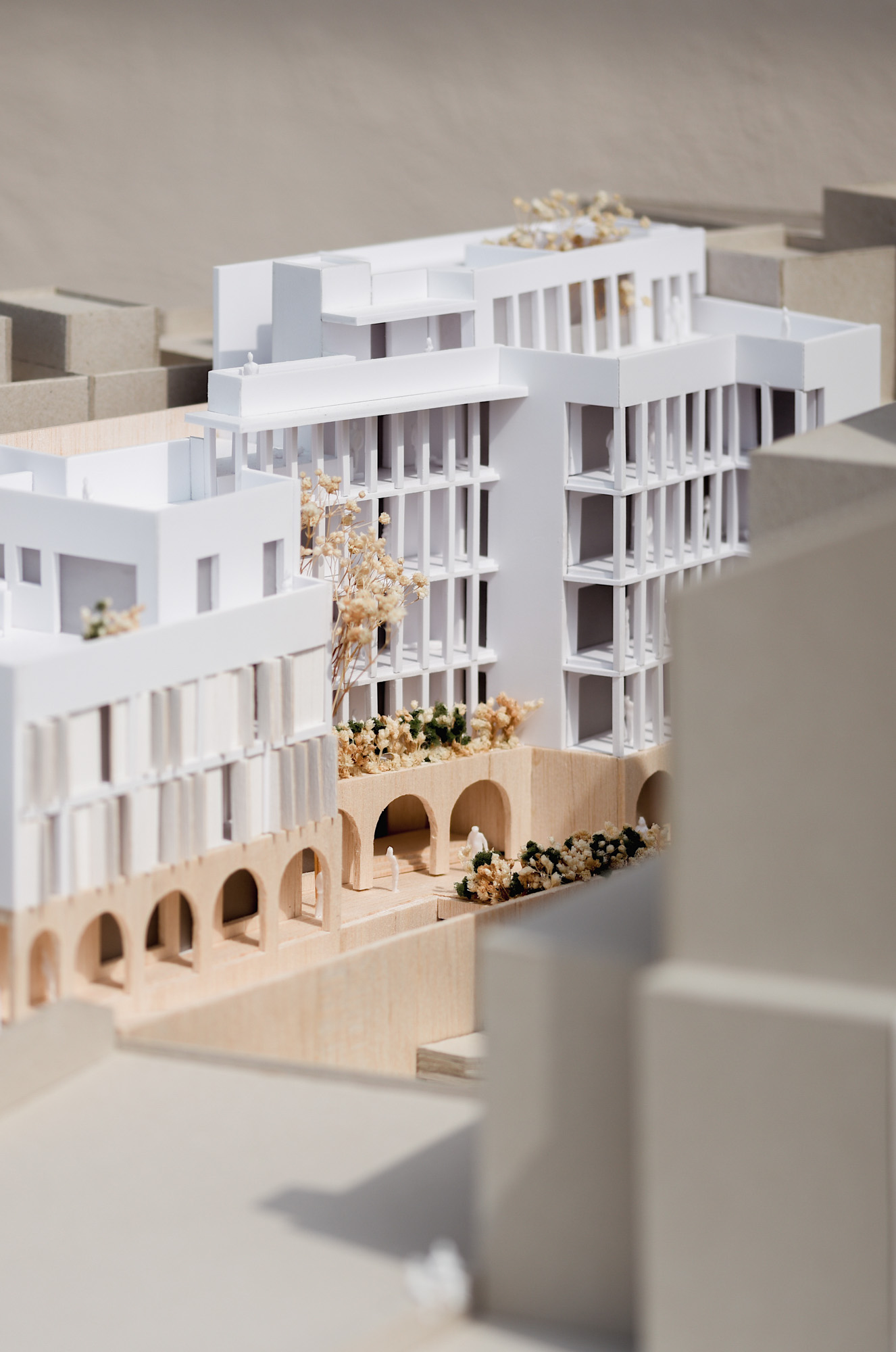 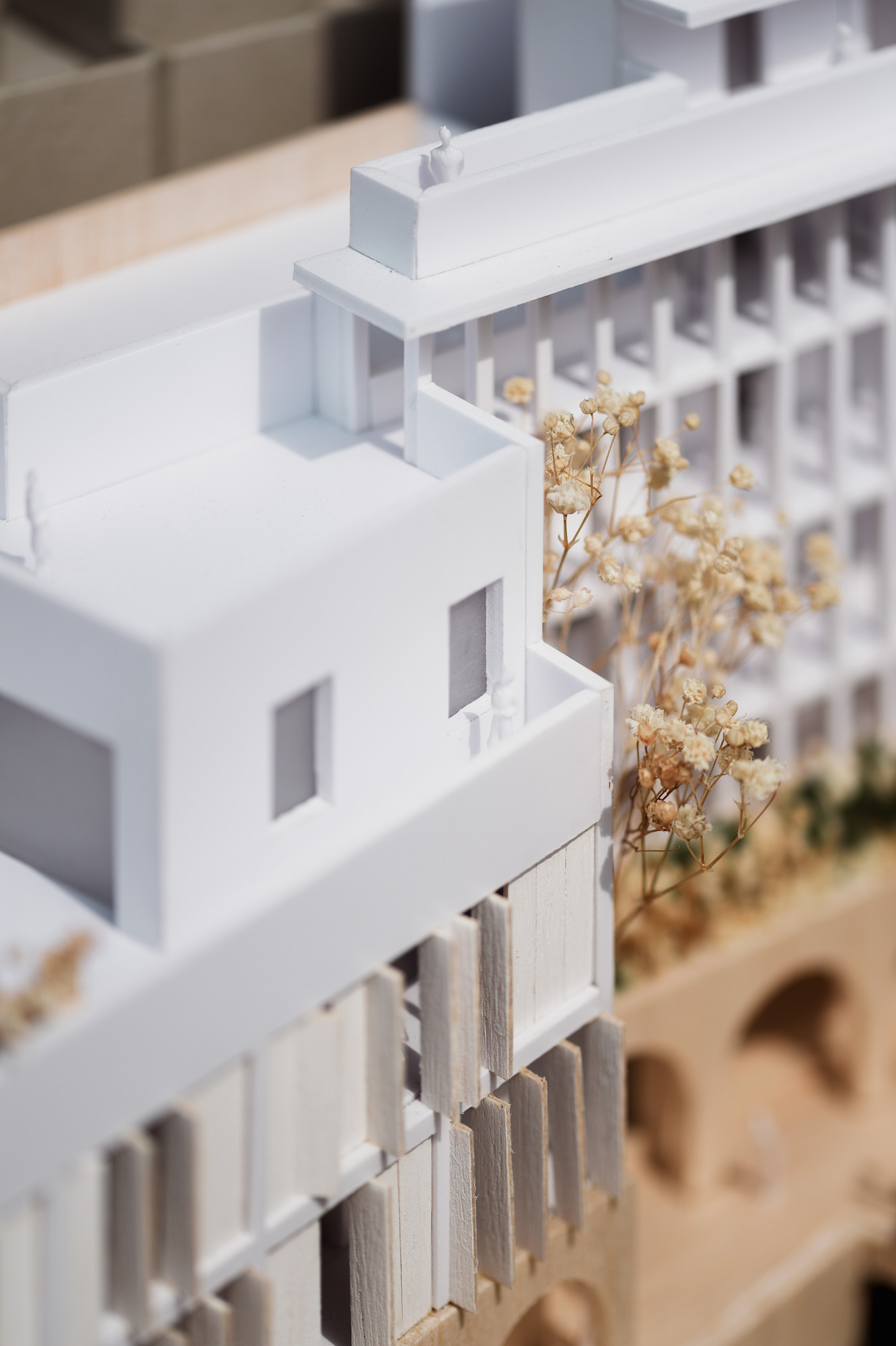 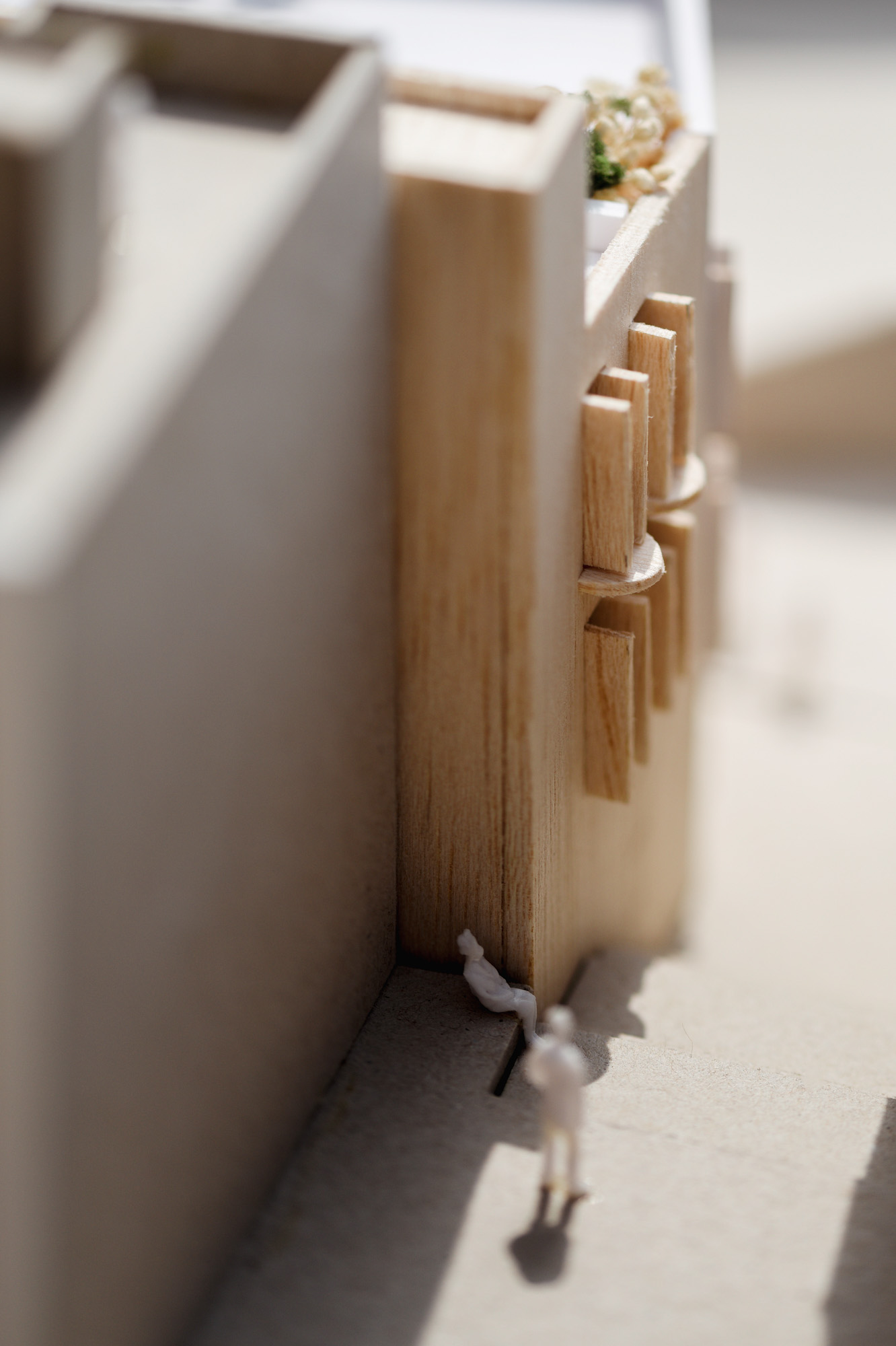 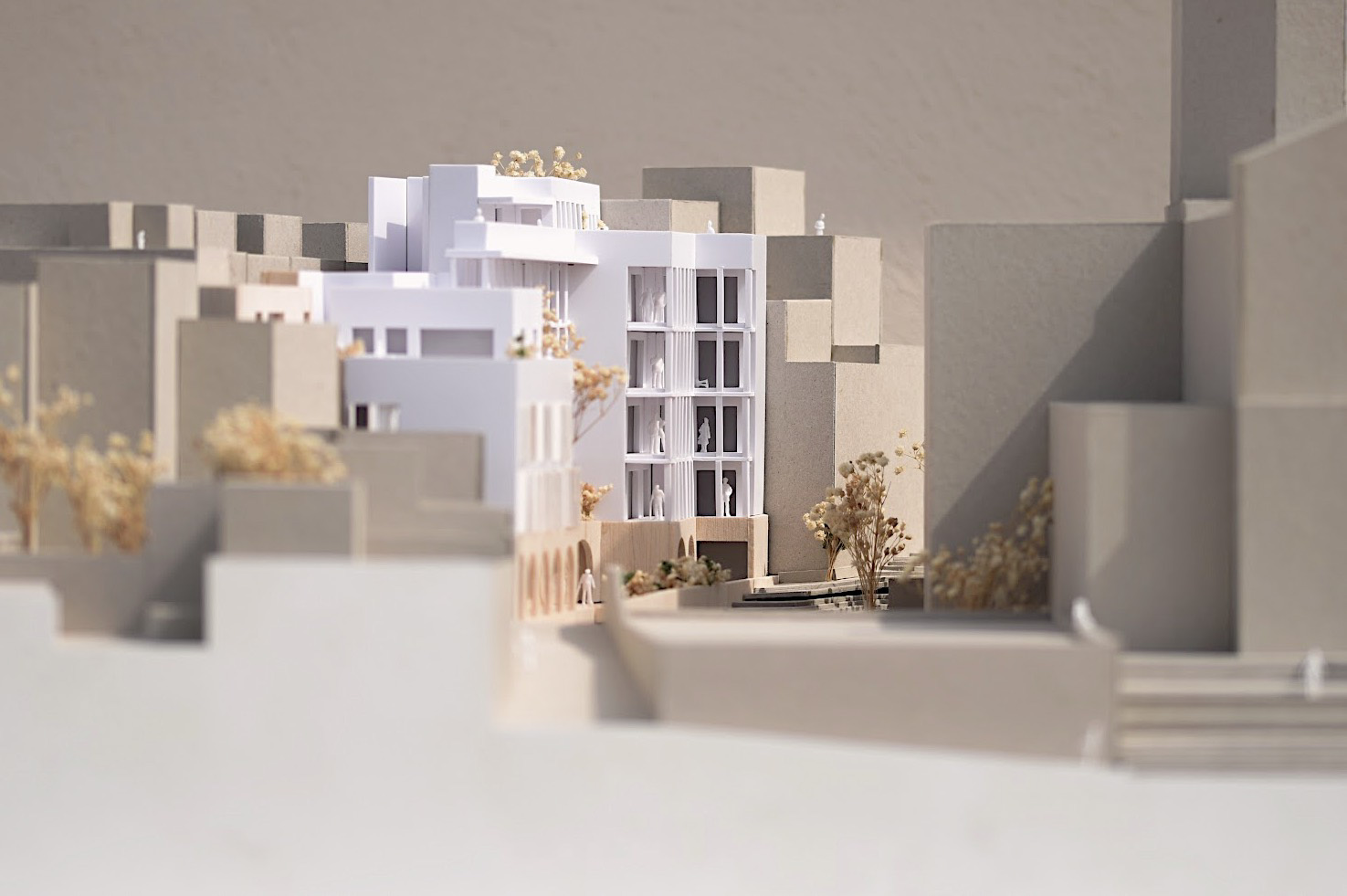 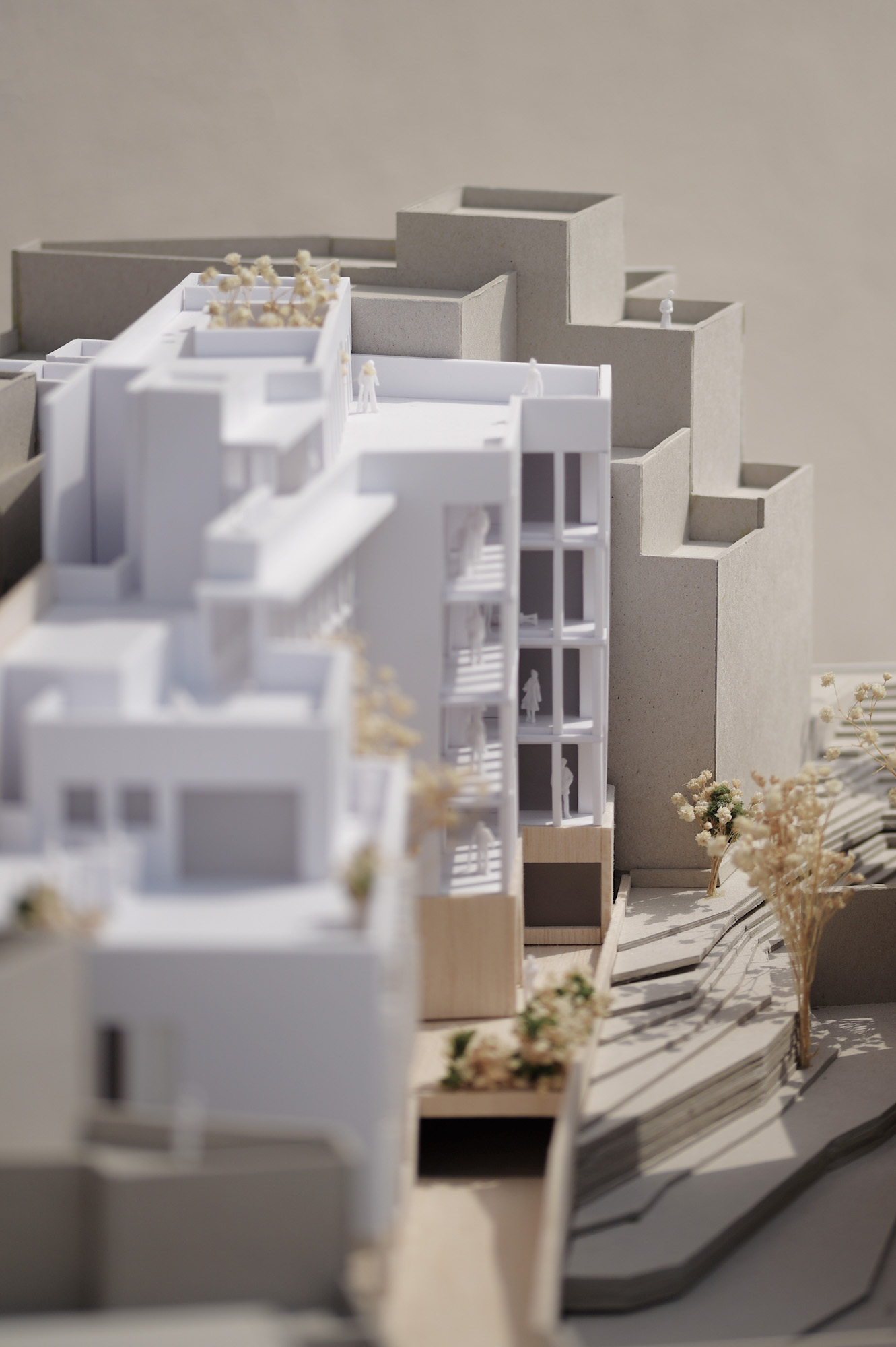 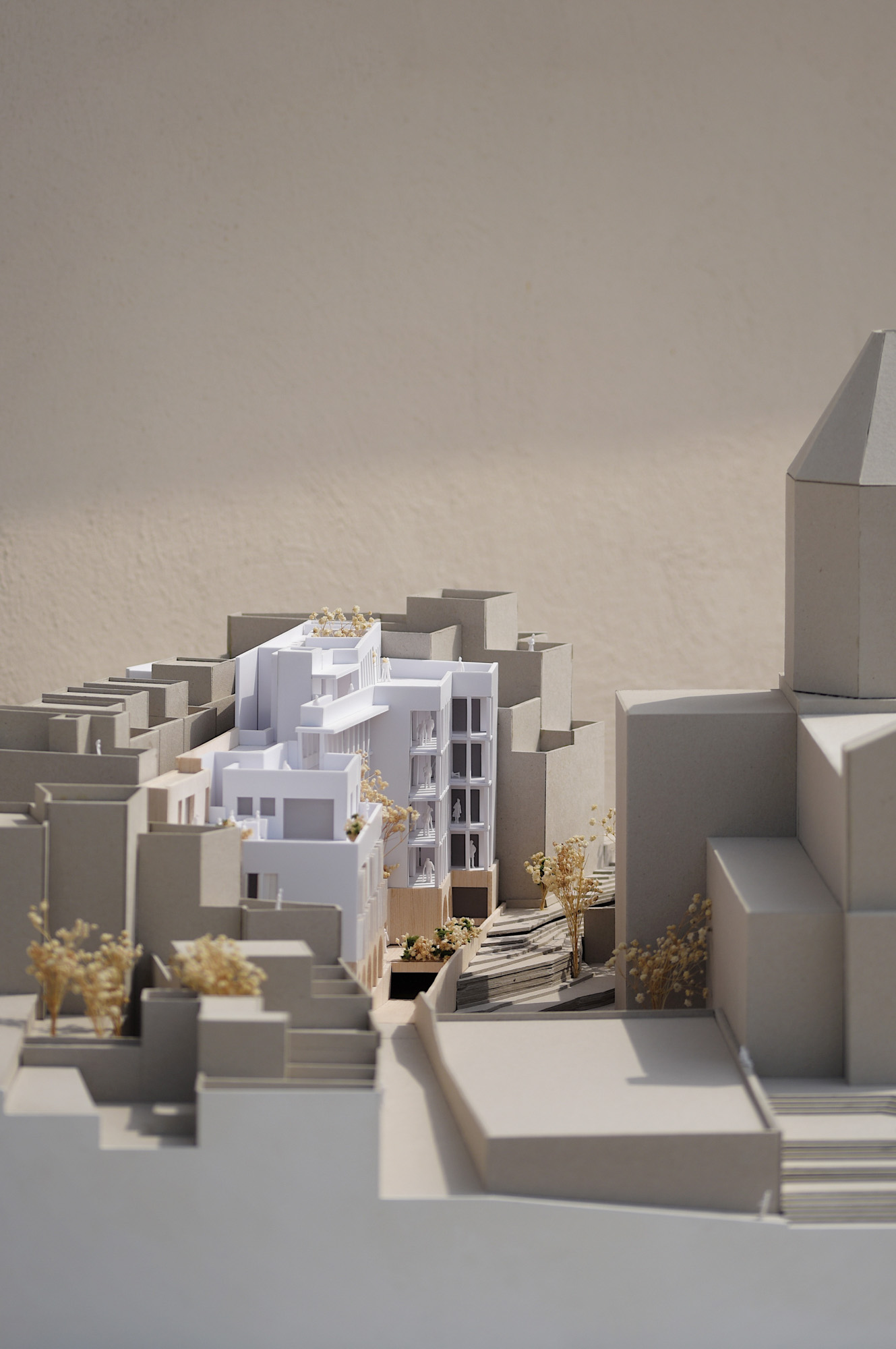 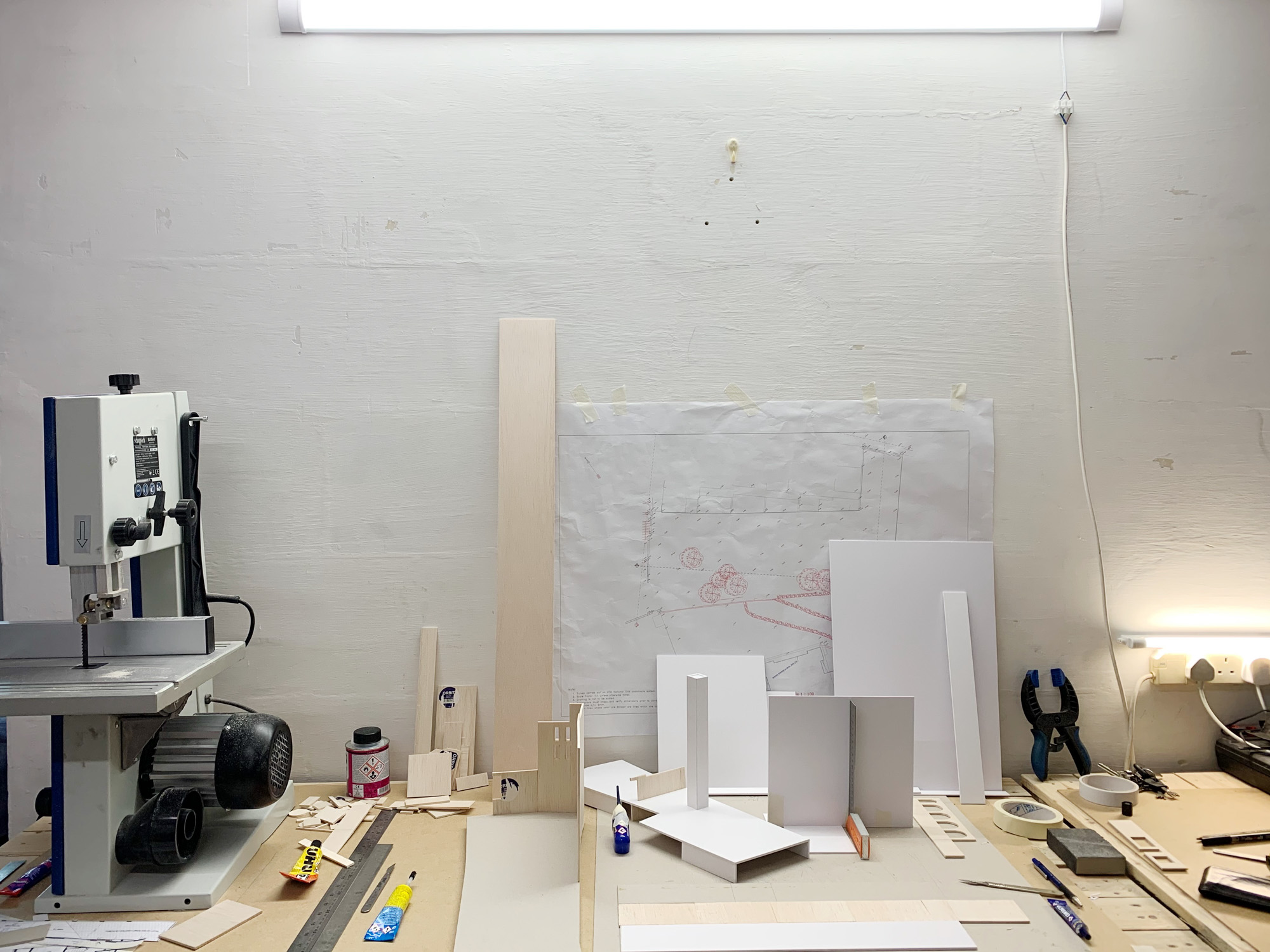 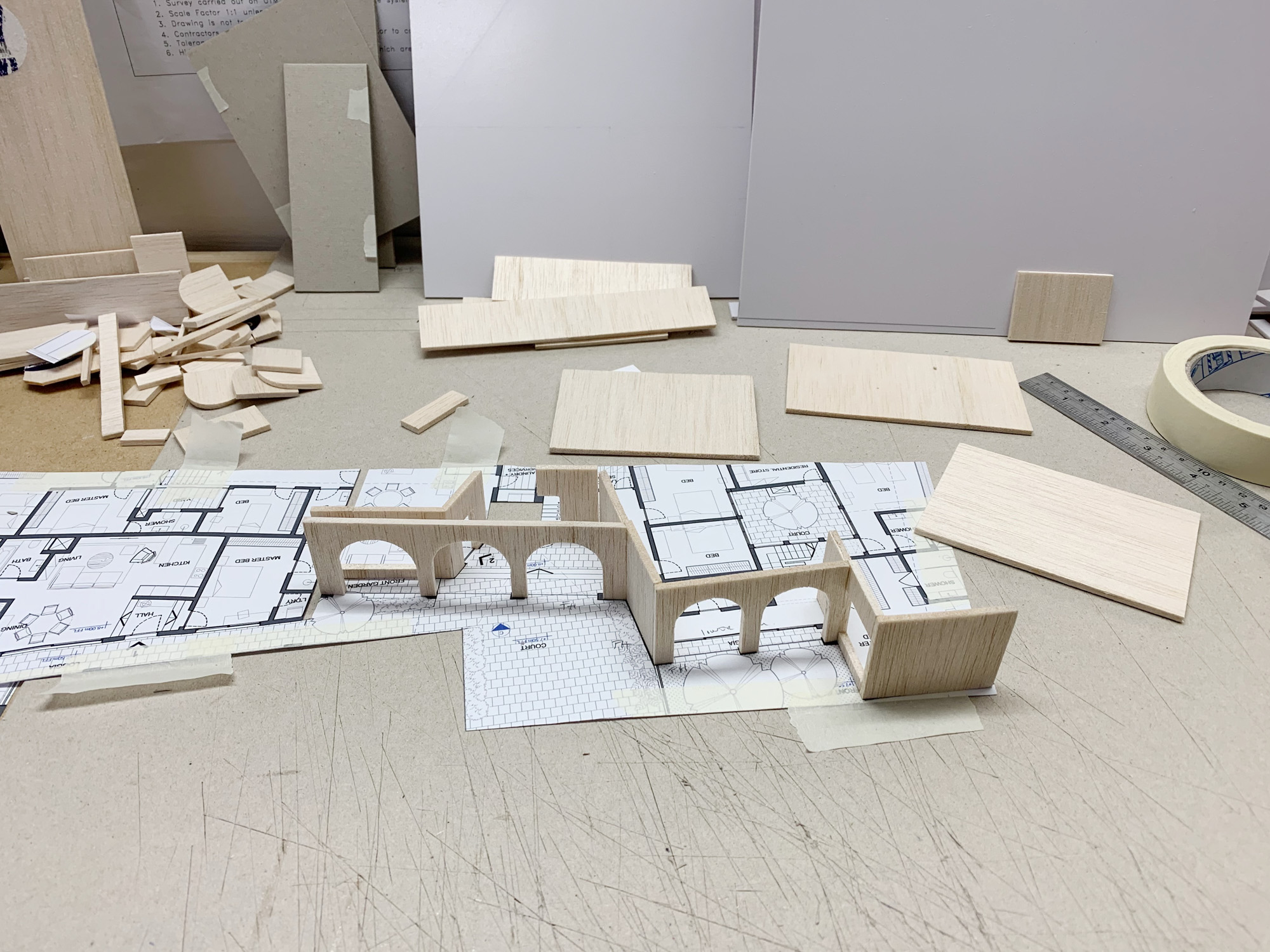 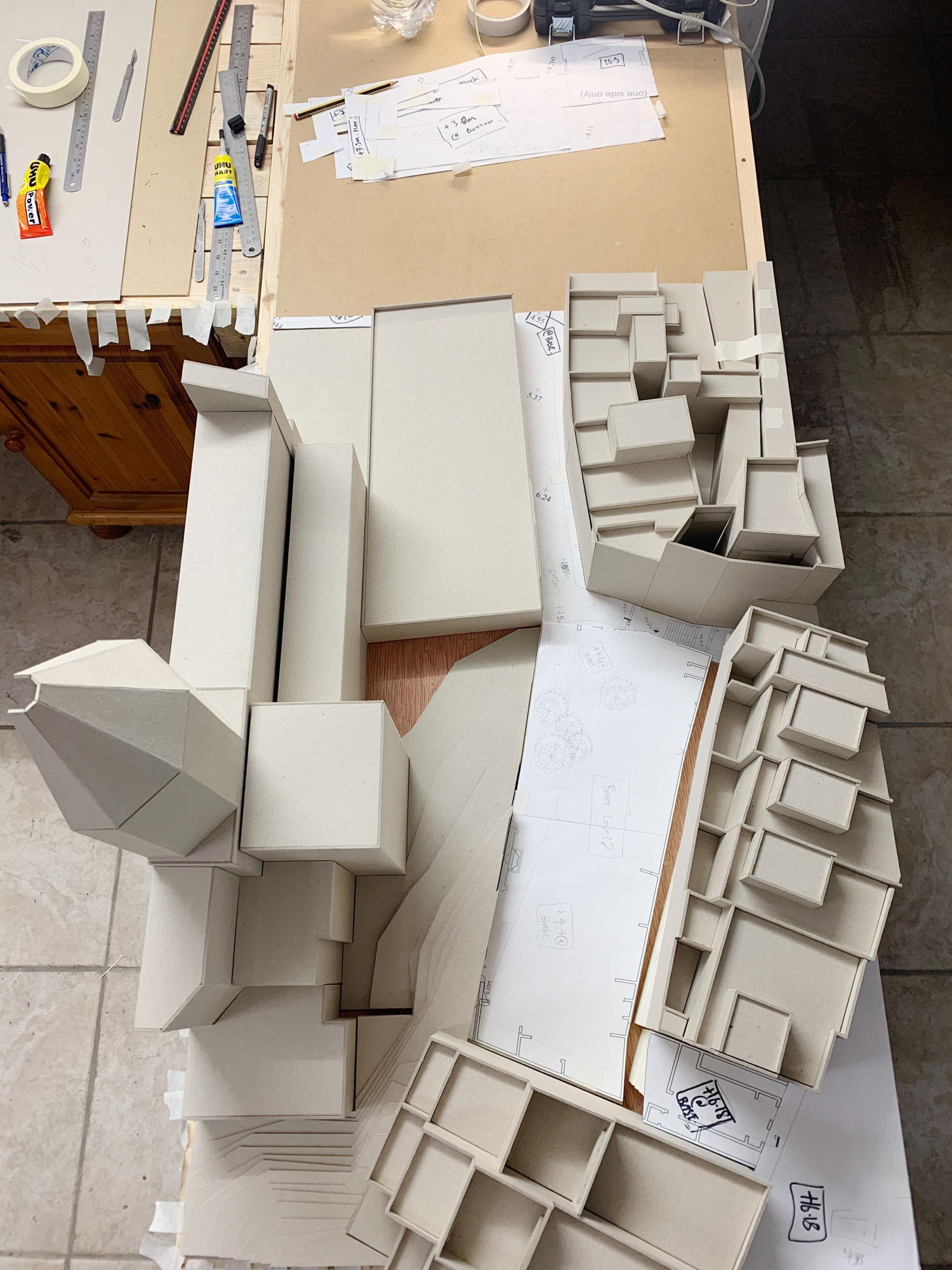 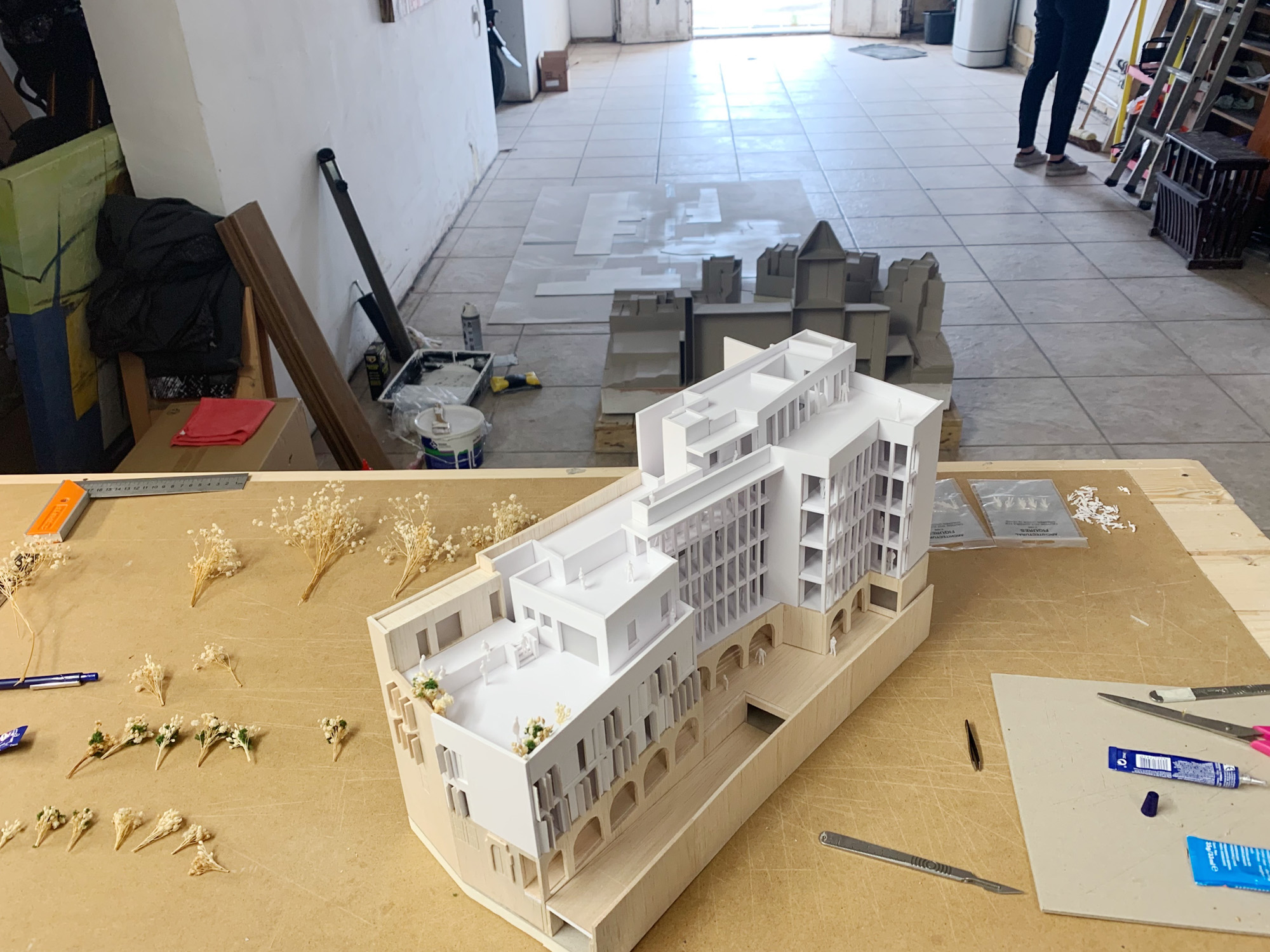