Located in a dense urban core in St Julian’s, eCabs finds its home within an energetic mix of touristic and recreational activity, positioned to attract and service passers-by in search of a cab.

A wooden bench running the length of the wall to which it is attached, and created from seasoned iroko, is the only element made of a separate material to the grey terrazzo. This singular contrast provides a warm accent to the space, heightening the impact of this understated, yet refined, monochrome cab stop.

A small space in one of the urban cores of St Julian’s that is characterised by an intense mix of touristic and recreational activity, was fitted out to contain a simple programme aimed at attracting and servicing customers in search of a cab.

The architects thought this could be an opportunity to revisit the millennia-old device of creating structures seemingly carved all of one block, ex uno lapide, a solution that is ideal not only for its seductive aesthetic qualities but also for its marketing potential. It was imperative that the outlet should stand out from the surrounding chaos and formal incoherence, and this it could achieve by offering, in contrast, its own purity and seamlessness. In so doing it has become an elegant beacon in the area.

The blurring of the boundaries between inside and out, between vertical and horizontal, and between wall, counter, floor and ceiling was achieved firstly by using the same material throughout and, secondly, by paying tribute to the ancient technique of hiding the joints, thus achieving total integrity. On the other hand, if the ambition to create a timeless space is a very old one, the architects’ have not turned their back on contemporary state-of-the-art cutting and assembly techniques that, paradoxically, but impeccably, allowed the cutting of the various panels, copings and skirting all from a single block of grey terrazzo, the colour and composition of which were designed specifically for this project.

A wooden bench running the length of the wall to which it is attached and created from seasoned iroko is the only element made of another material and provides a warm accent that sets off this understated, yet refined, monochrome space. 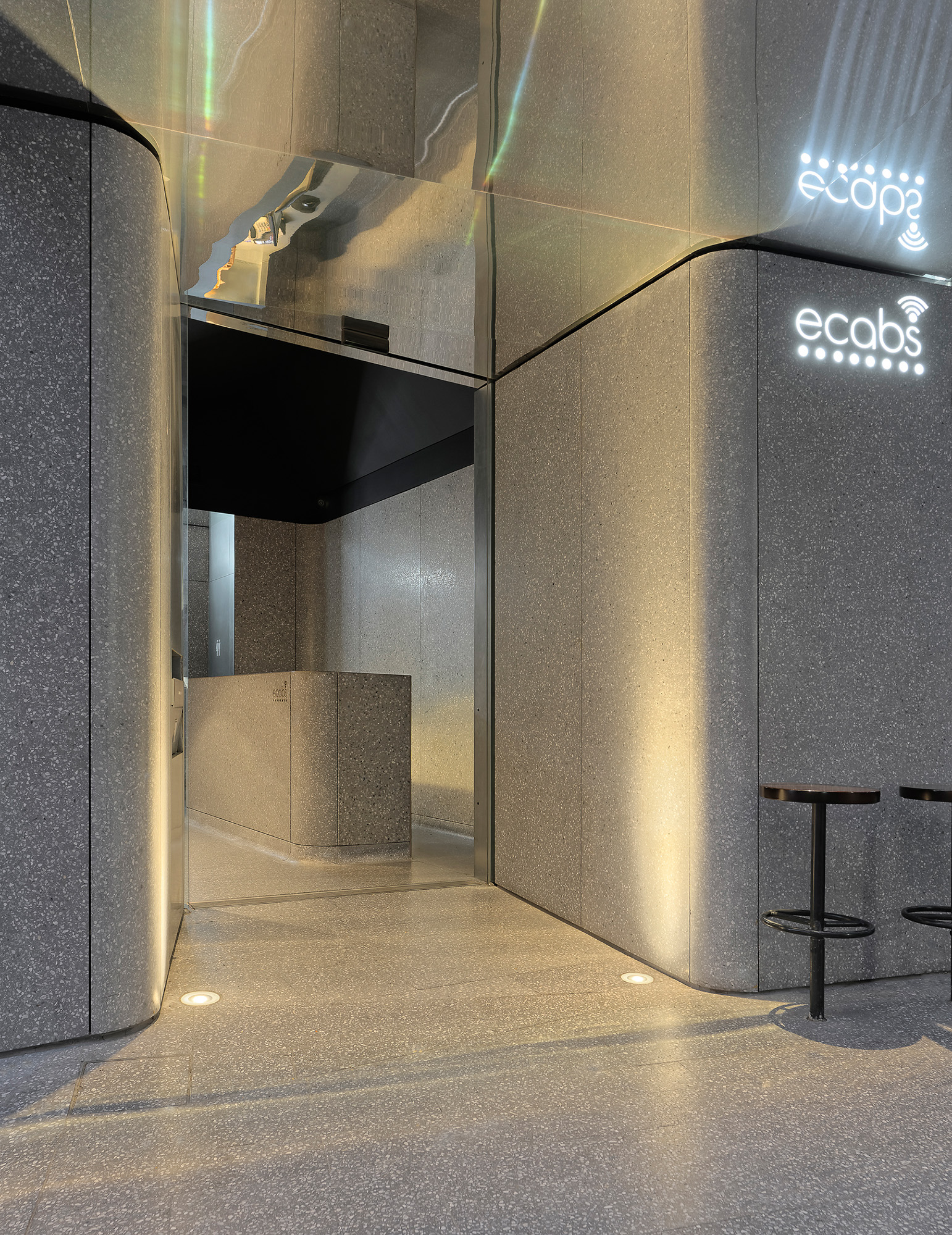 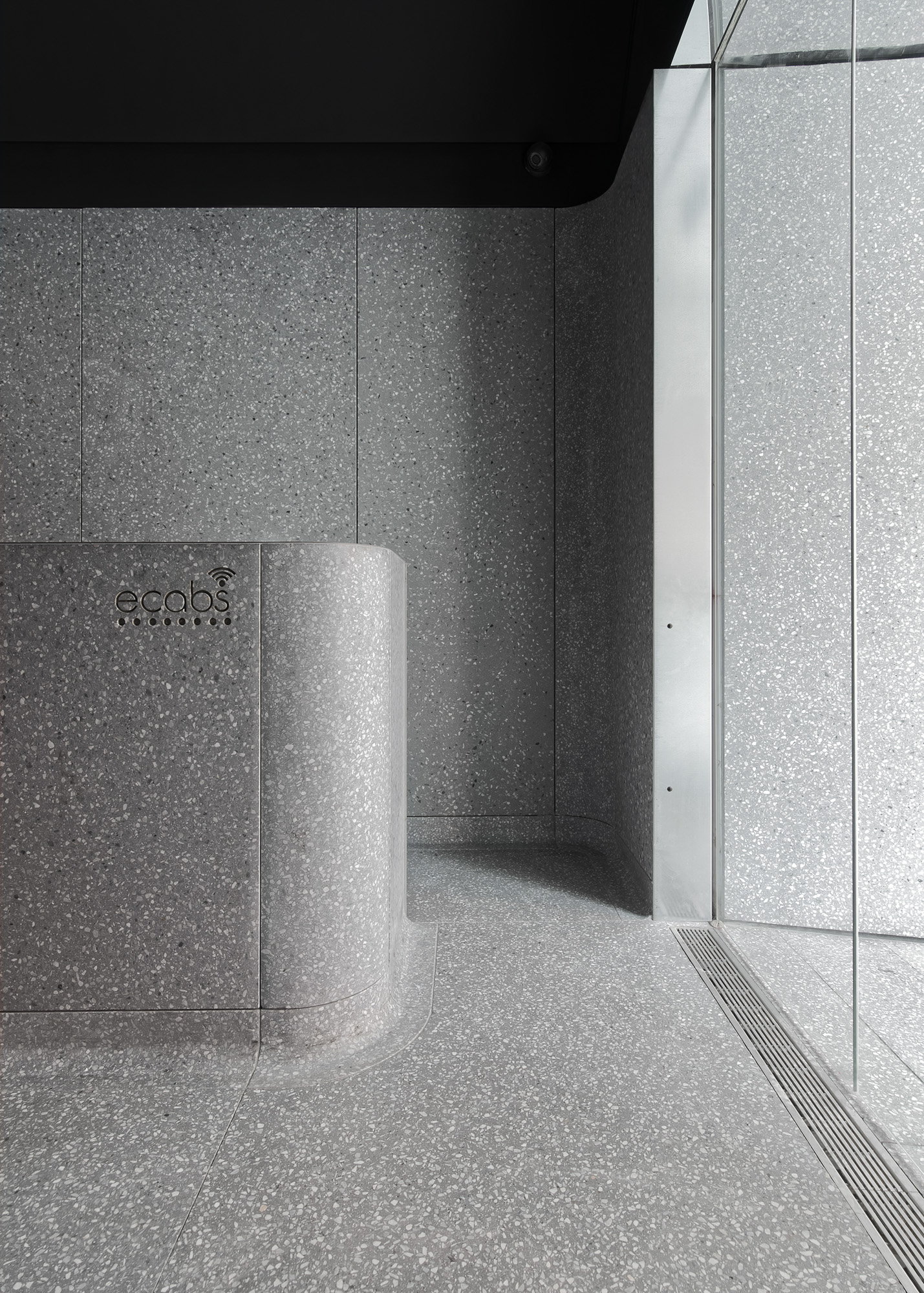 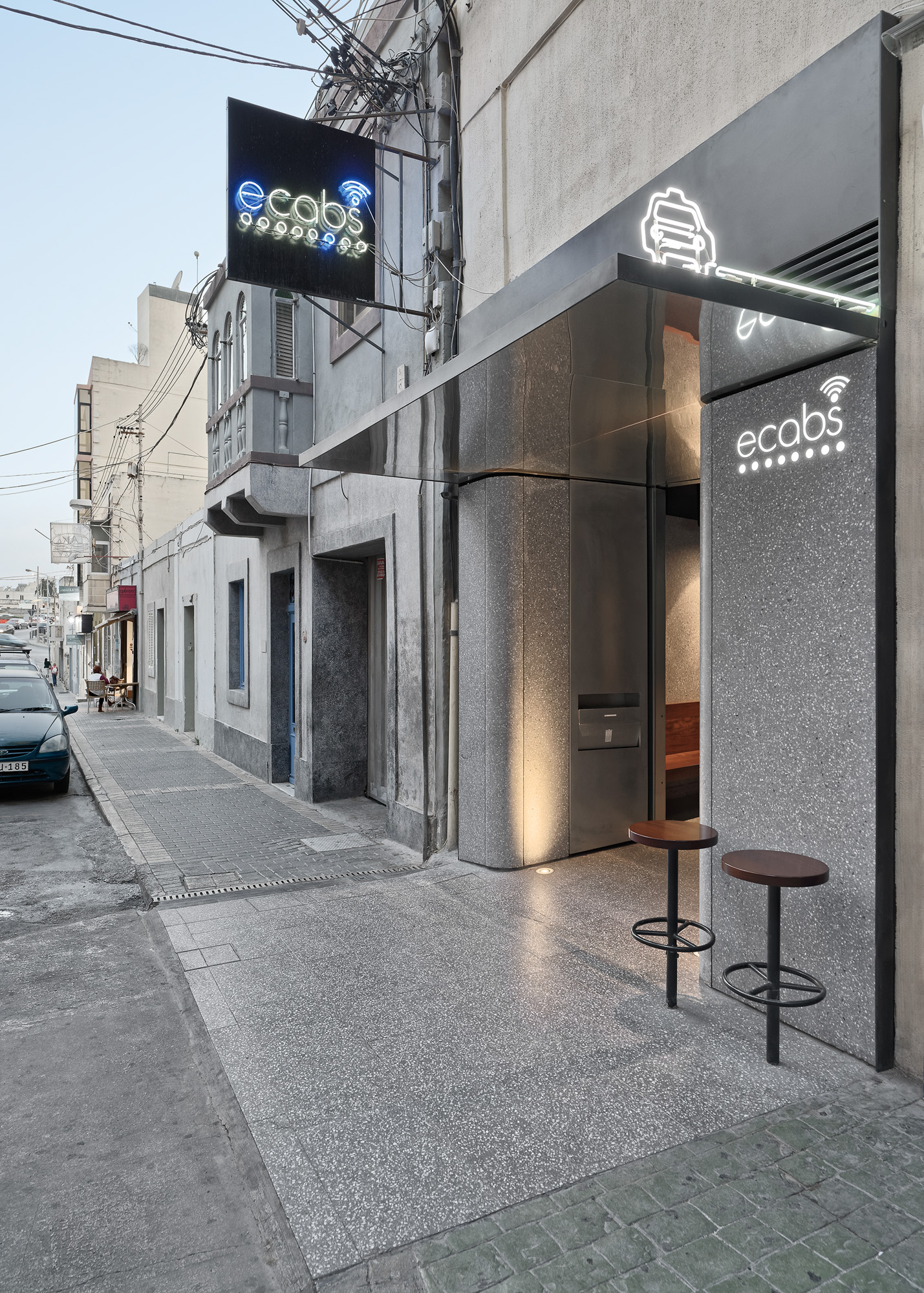 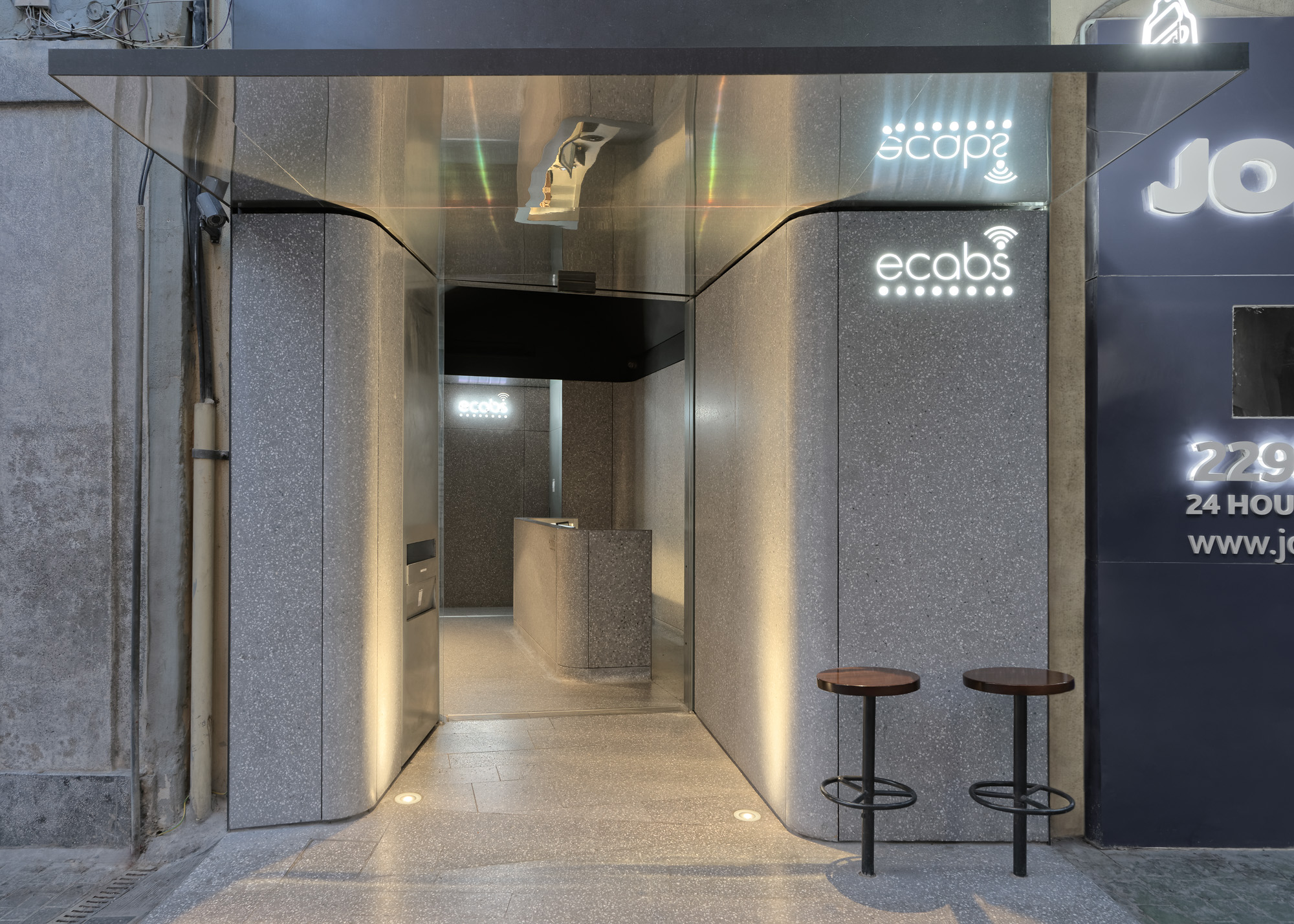 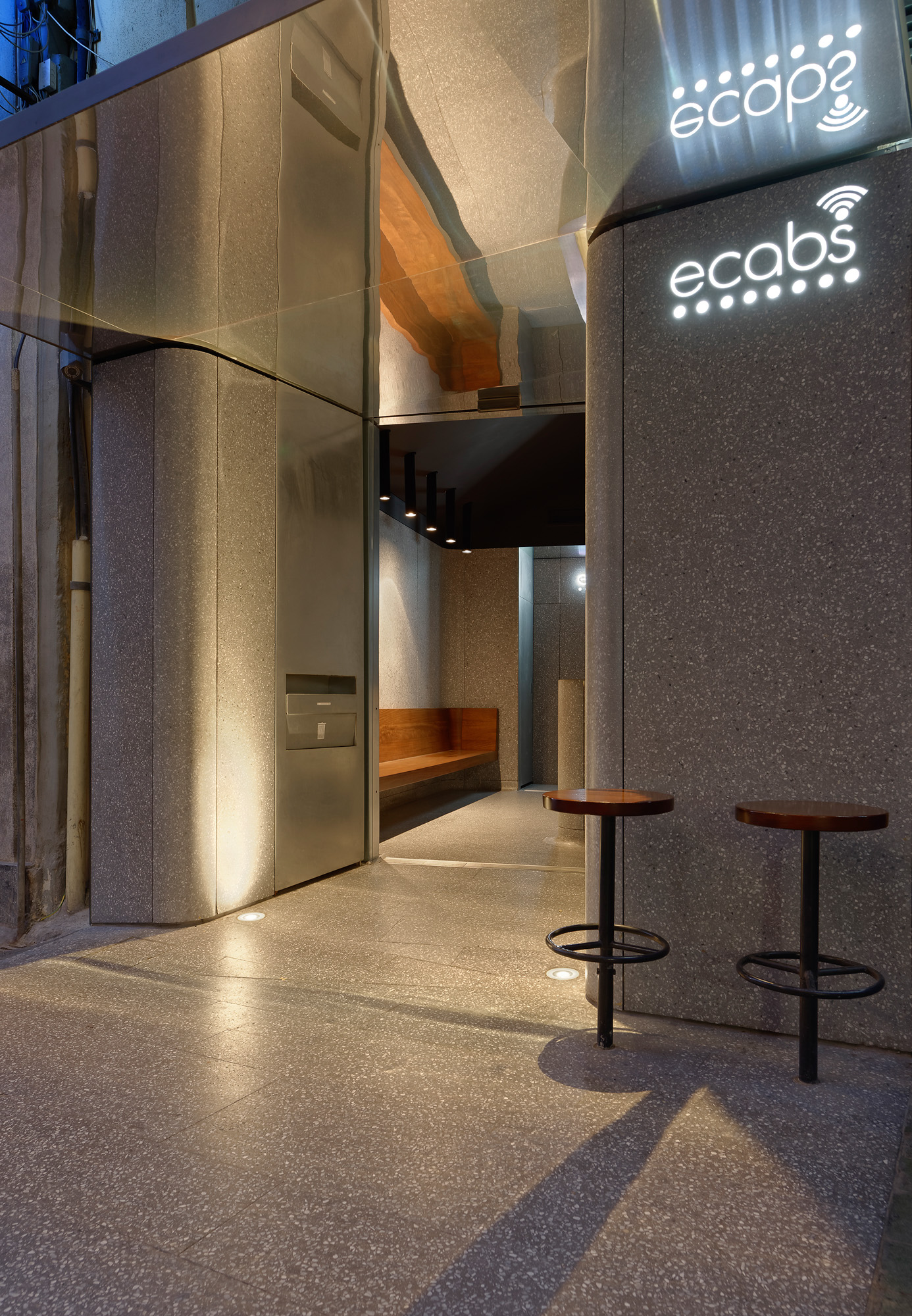 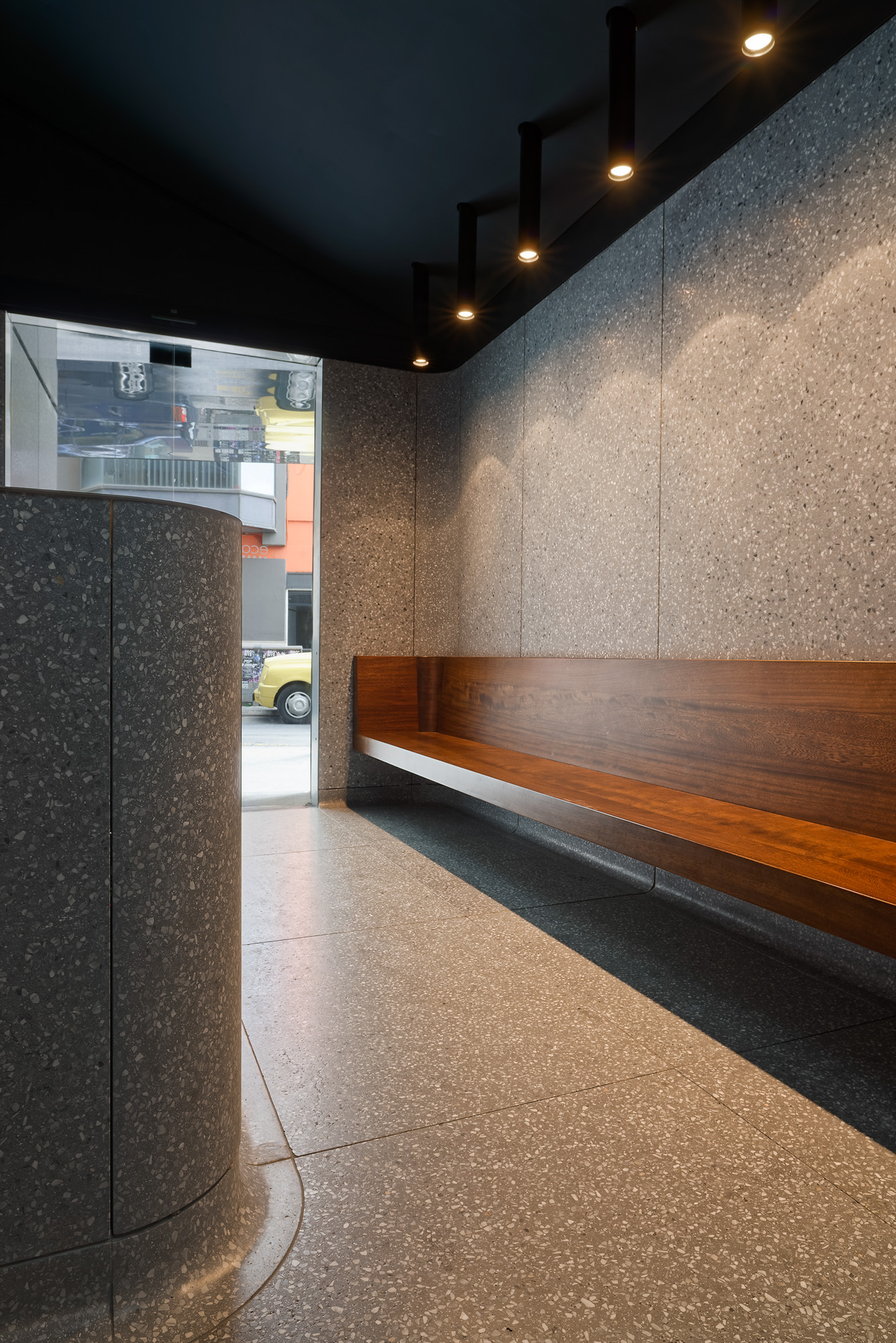 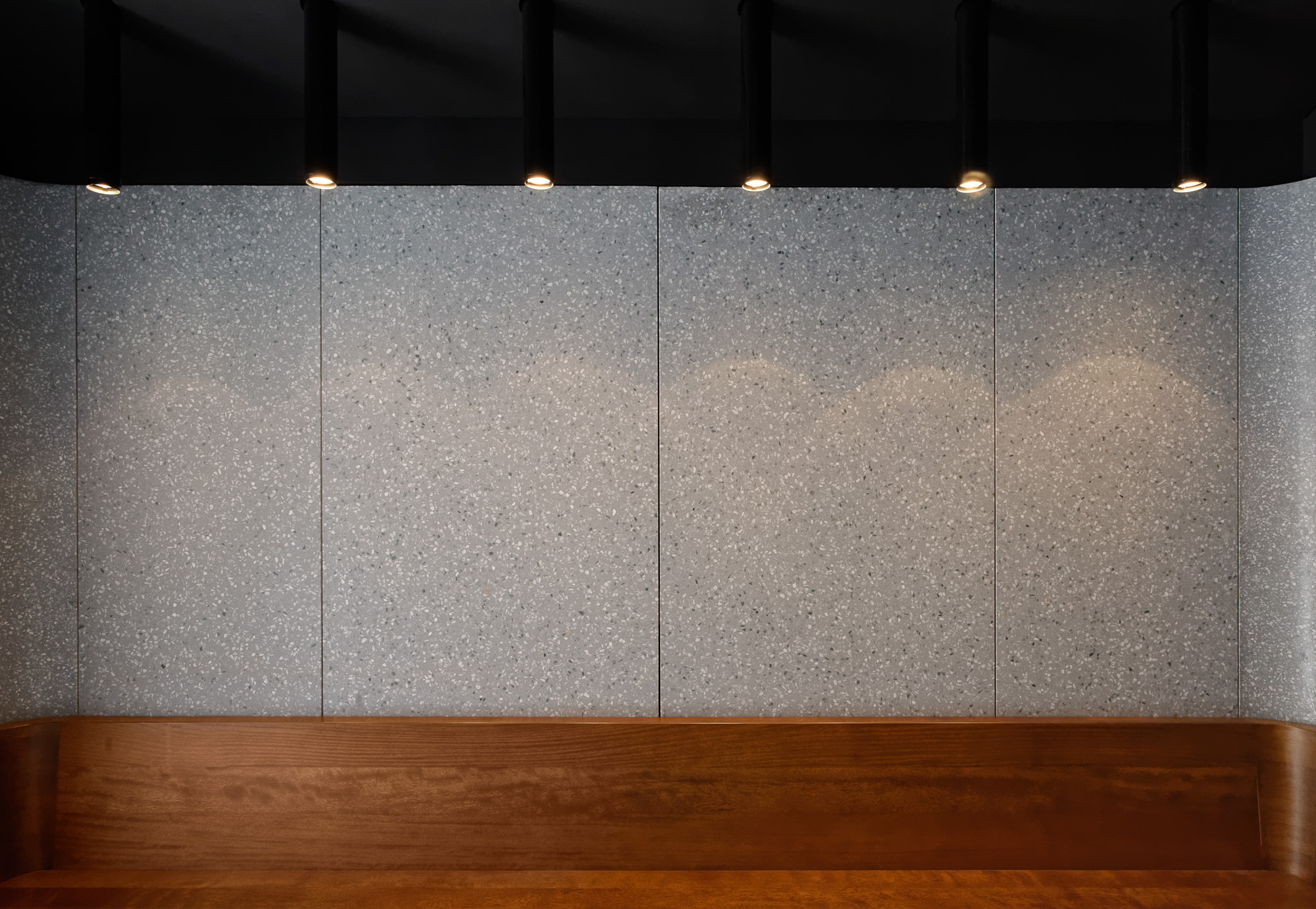 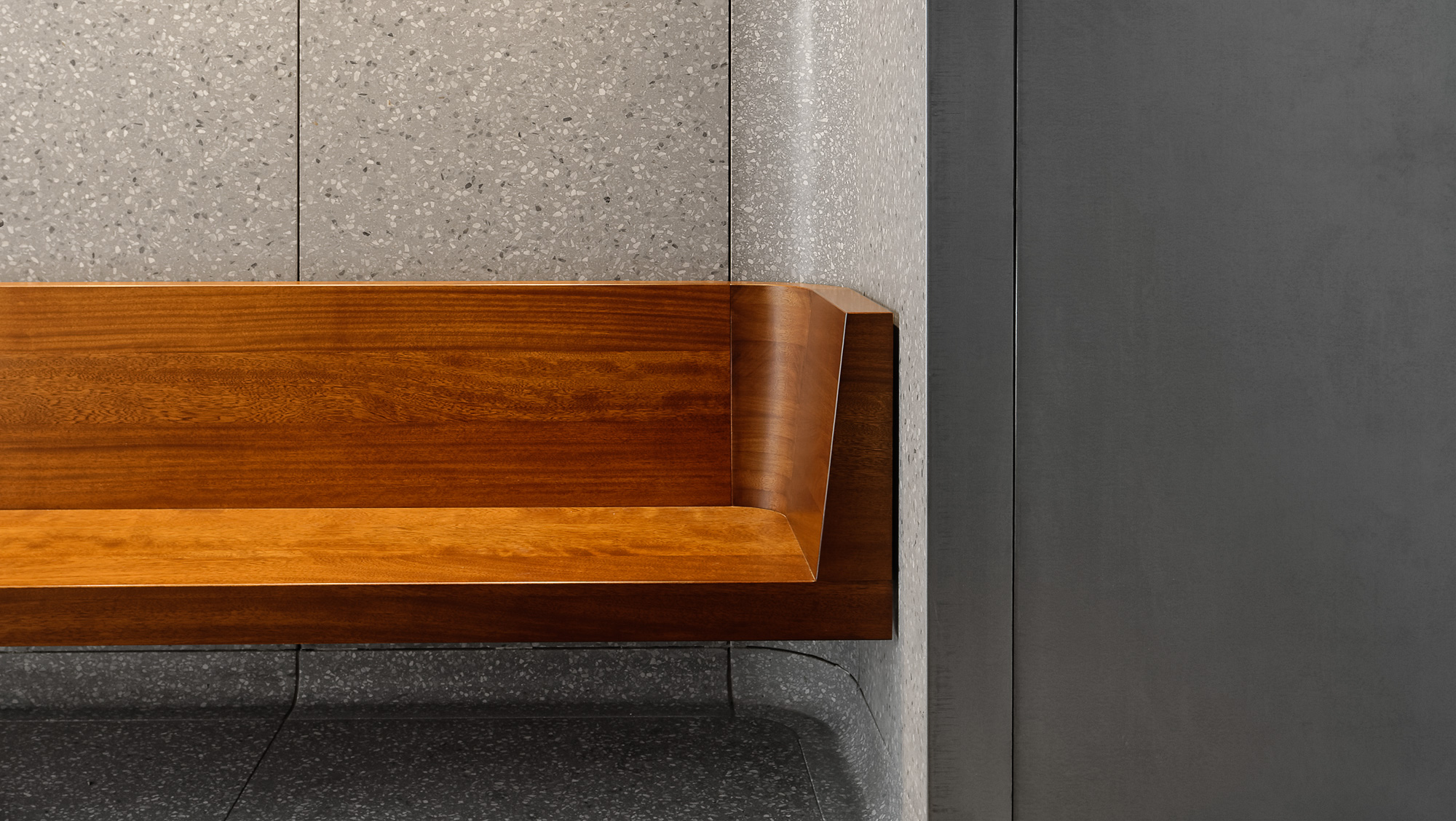 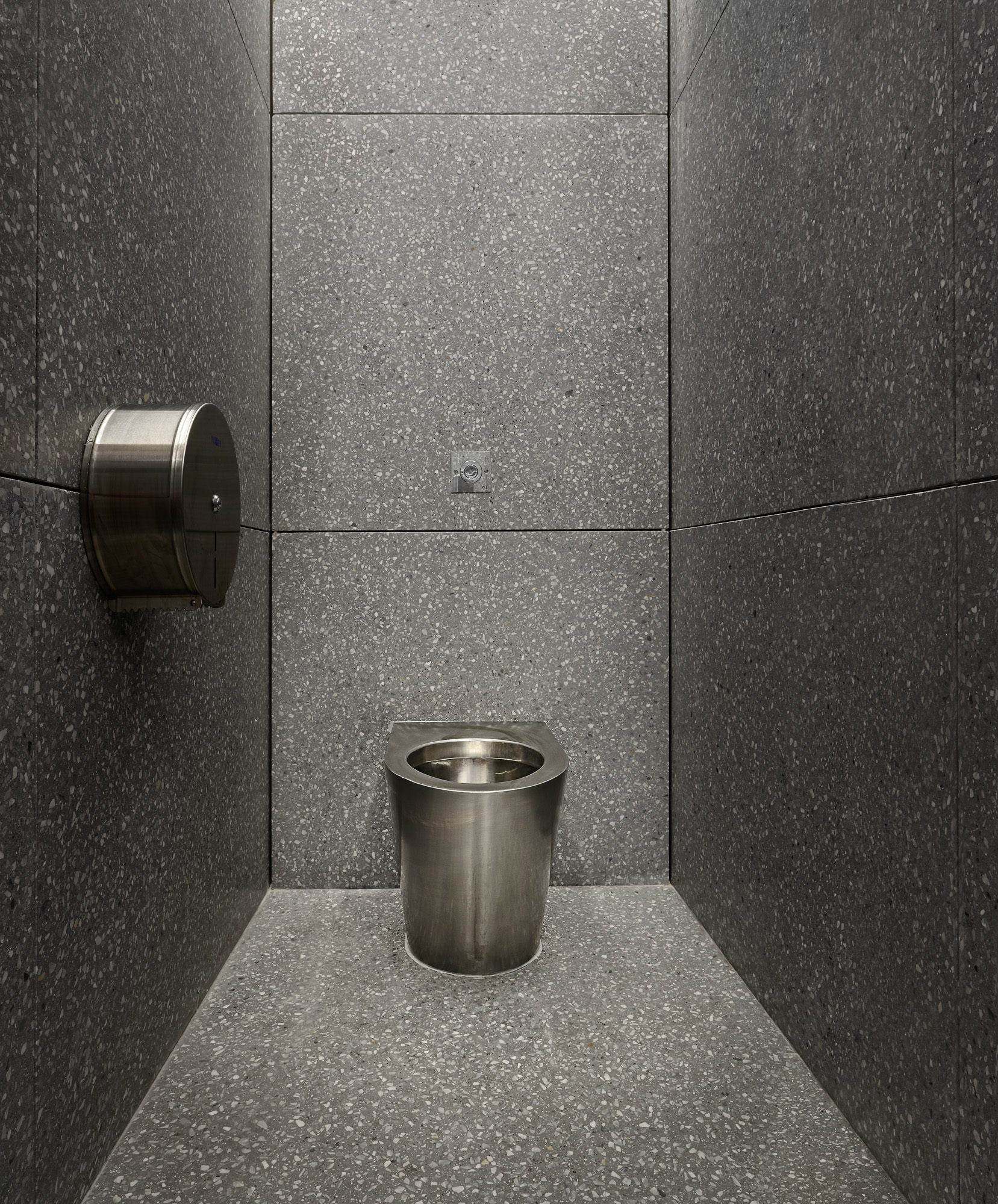 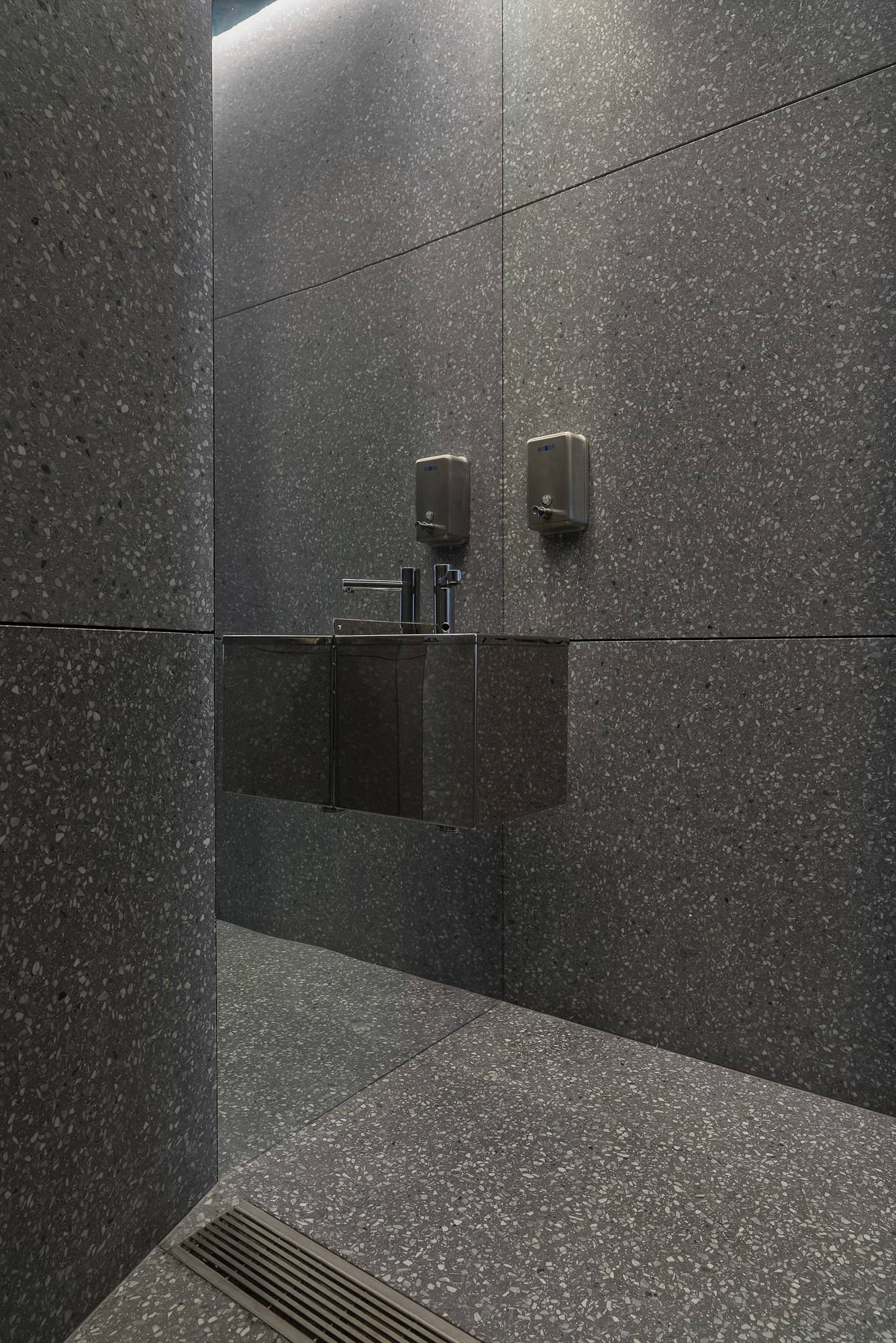 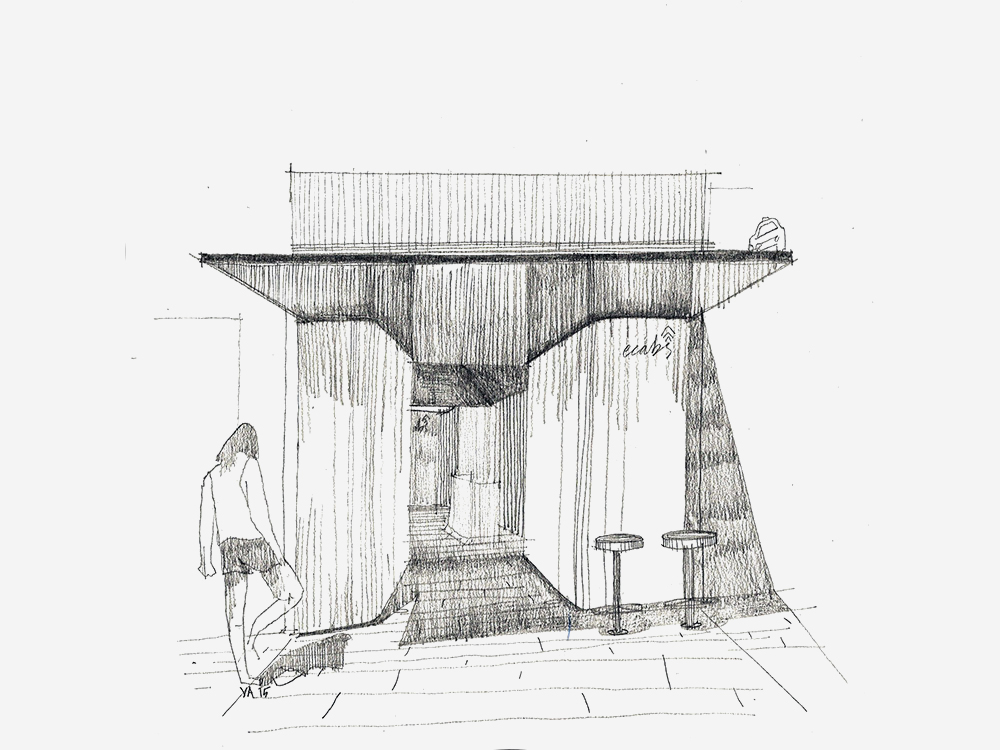 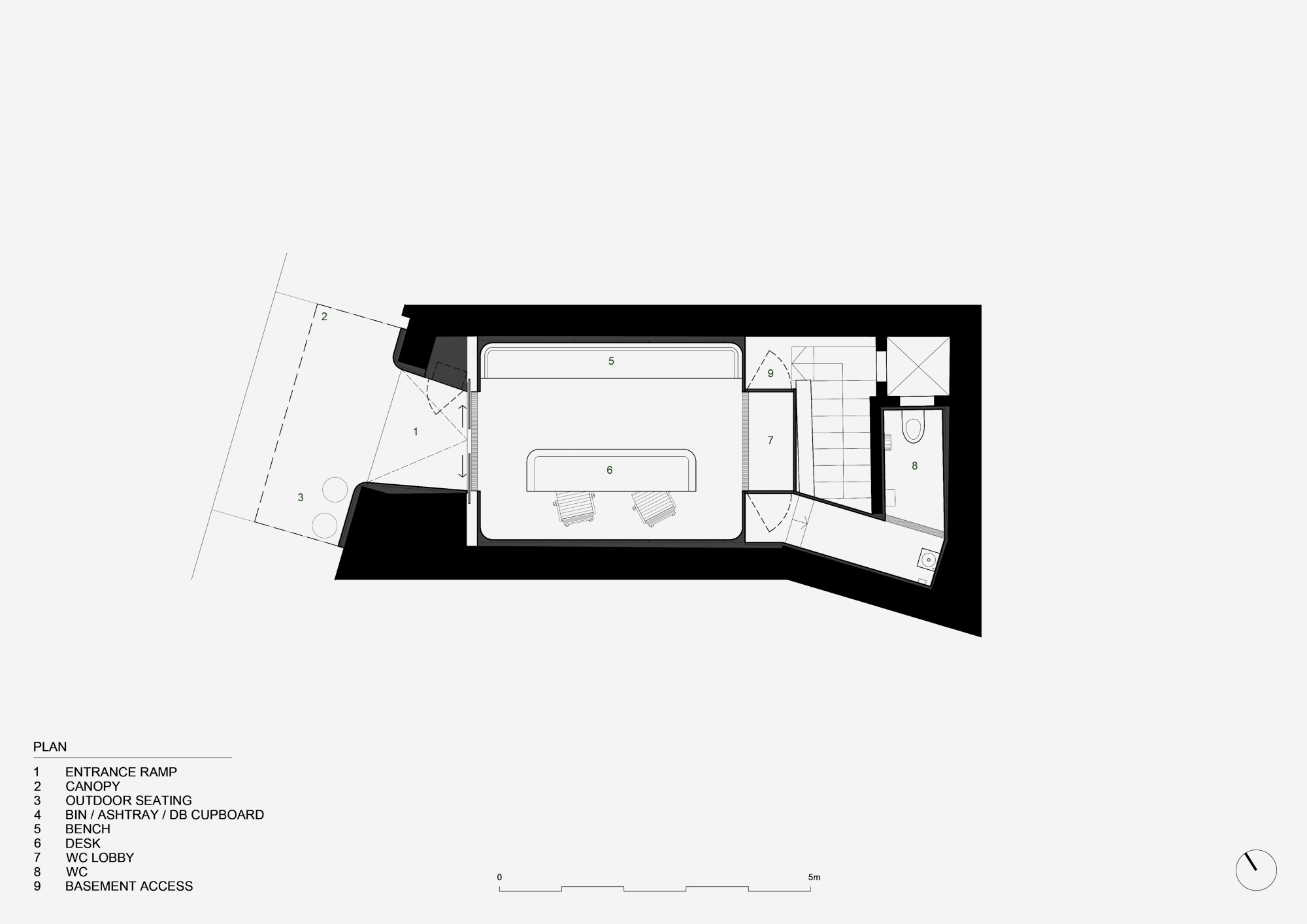 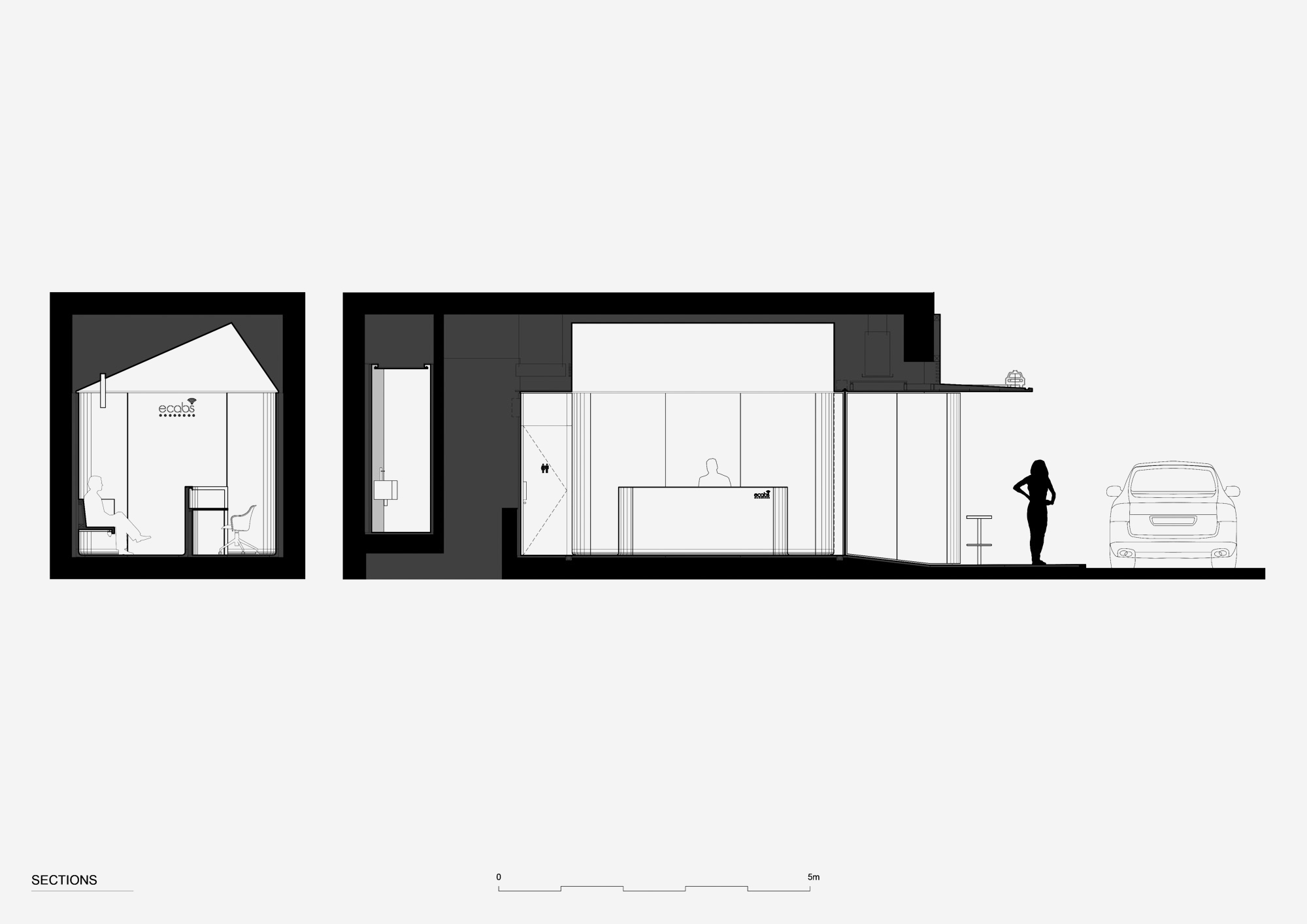