Innan, which means ‘within’ in Icelandic, is a competition proposal for a greenhouse-restaurant – a closed cycle, earth-born design nestled in the landscape of the Hverfjall volcano and Mývatn baths.

Responding to a competition brief for a greenhouse restaurant, Innan takes its conceptual cues from its proposed site close to lake Mývatn in Iceland. The brief called for a space that could address the scarcity of fresh, locally grown foods in Iceland, particularly during the winter months. Innan was accordingly designed to start and end with nature, placing food at the heart of its programme. Its philosophy is built on visual and operational transparency, where everything produced is visibly used.

The concept for Innan’s design is immersion: a restaurant within a greenhouse within a landscape. Innan’s form follows the Mývatn landscape, which is moulded by winds and changing natural forces. Sculpted out of rammed earth, the design is such that there appears to be no building, but a reshaping of existing land. Within its earthen mounds, Innan’s greenhouse emerges from the ground, with a glass roof draping lightly over the landscape and green core beneath. As it disappears into the land, the building guides views towards the Hverfjall volcano in the distance.

Encased in earth and sky, users experience the shifting patterns of the seasons and are enveloped by the Northern Lights. Innan functions as a closed cycle – from fertilised soil to organic food growth and reused waste material. The building is powered by geothermal energy and draws influence from the Walipini typology – large-framed pit greenhouses that derive energy from the heating and cooling properties of the earth. 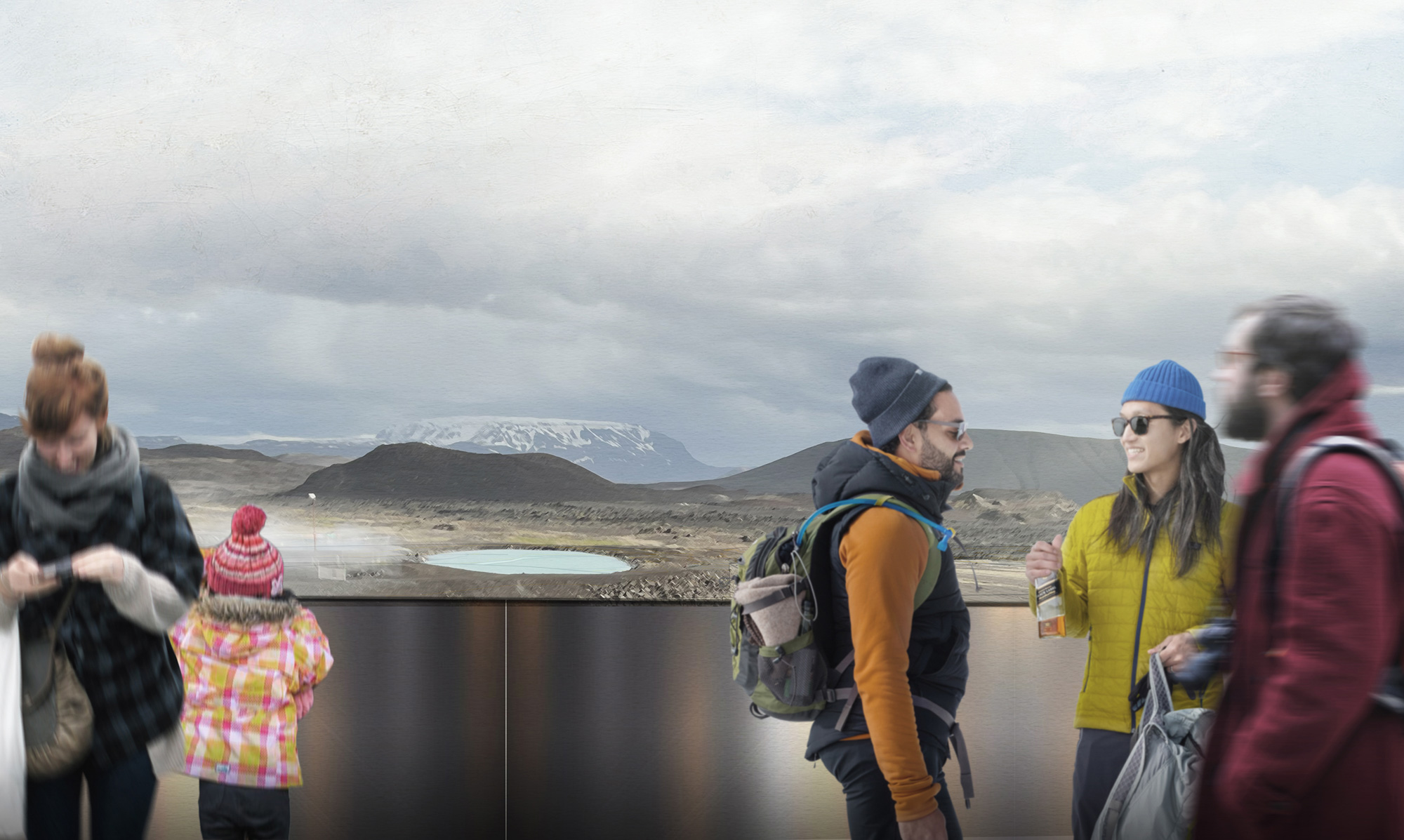 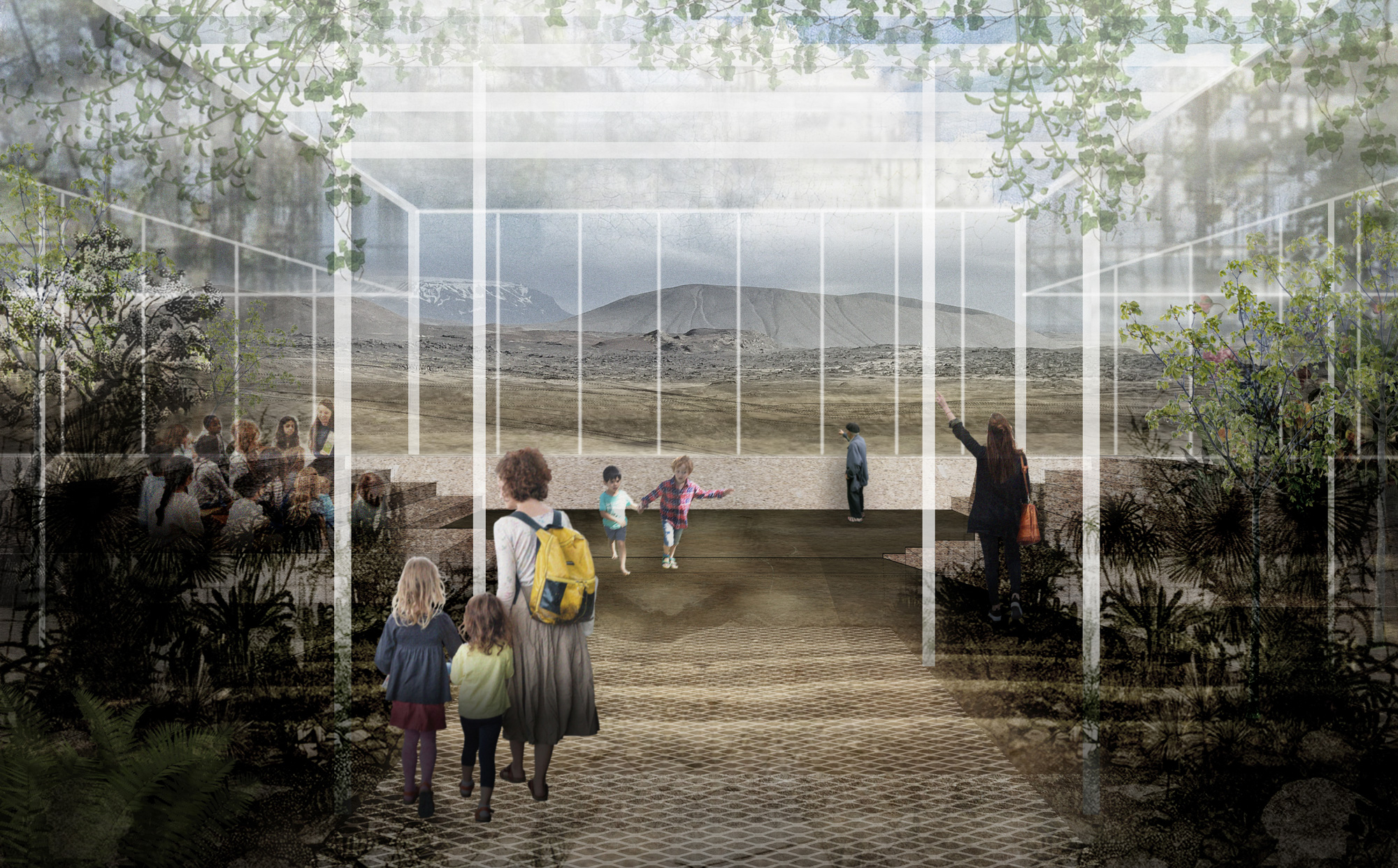 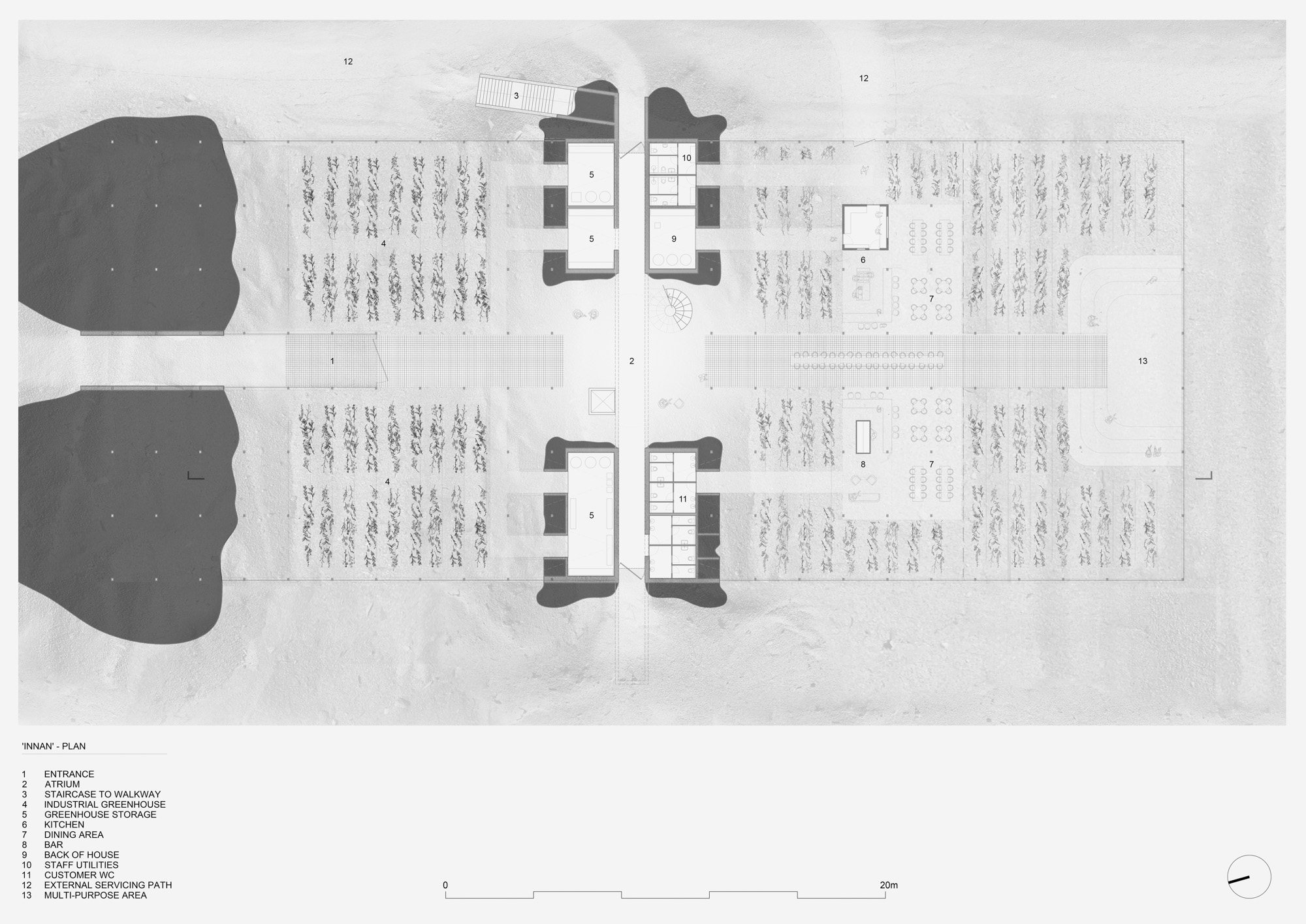 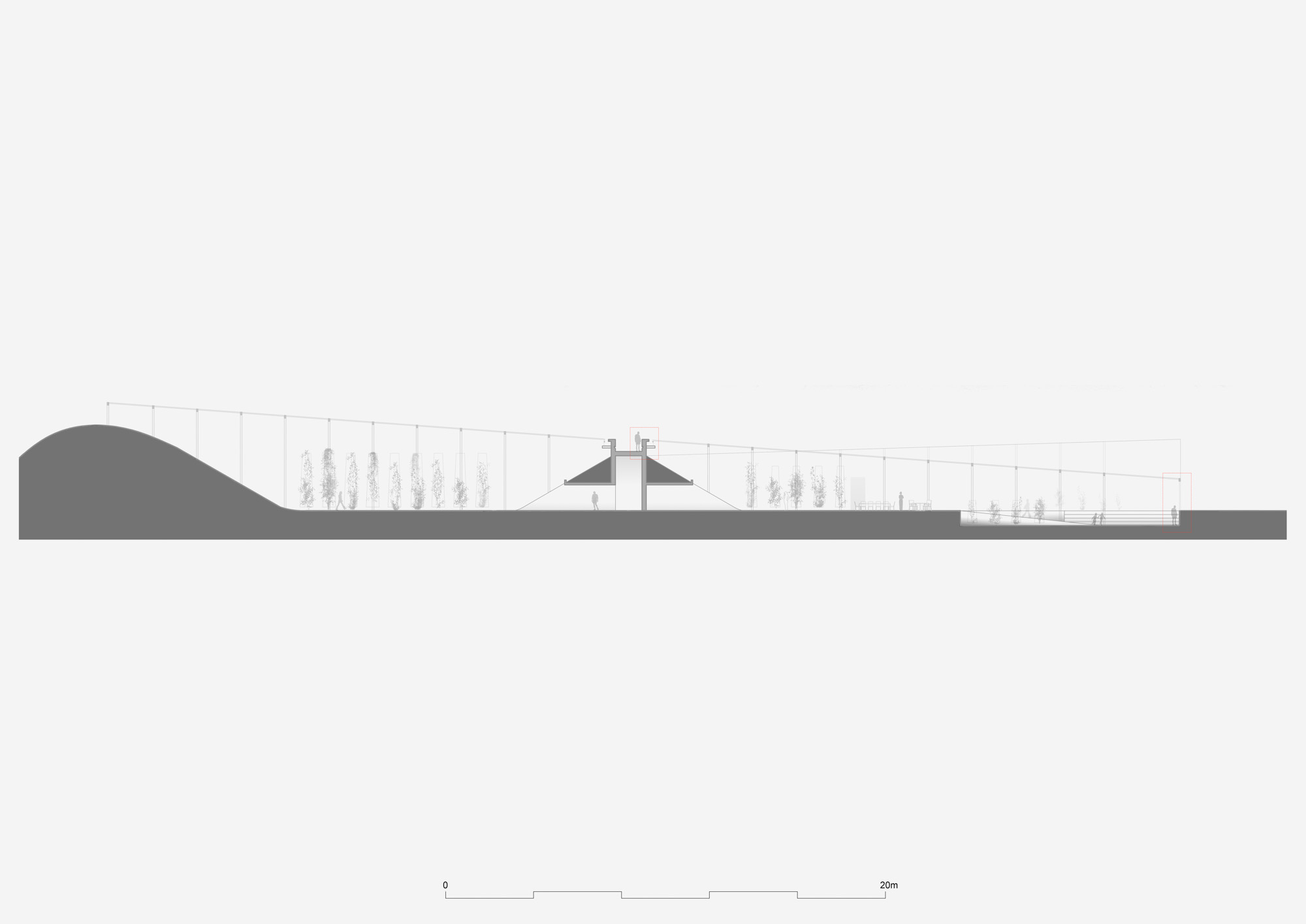