The design for Lorry breathes new life into a formerly compact, compartmentalised home. Its re-imagining is defined by a dual-aspect arrangement; open, airy spaces; and a bold injection of colour.

Built in the first half of the 20th century, Lorry forms part of a row of houses in Sliema together with Aida, Charlotte, Betty and others. Its brief called for the reorganisation of an existing layout, formerly prioritising bedrooms over living quarters and confining the home’s kitchen to a hidden, utilitarian enclave. The owners wanted brighter, more open spaces – an arrangement that would unlock functional zones and pull them toward a rear outdoor yard.

The new layout developed a dual aspect, with the front room and entrance hall newly restored, and the back of the house opened to respond to a revised programme. Lorry’s overlying neighbour, Betty, has been elevated to make way for new supporting structures, each accommodating new interventions, including the conversion of the house’s central zone into a spacious, open plan kitchen-living area. Varied functions have been defined by a grey-green colour-coding system across the floor, its pattern recalling positions previously occupied by Lorry’s old walls. A pink, timber panelled wall has been introduced to conceal a new shower room and bedroom, whilst an encased bed now faces the old backyard – redefined as a courtyard. This outdoor space connects to the bedroom on one side and the living space on the other. 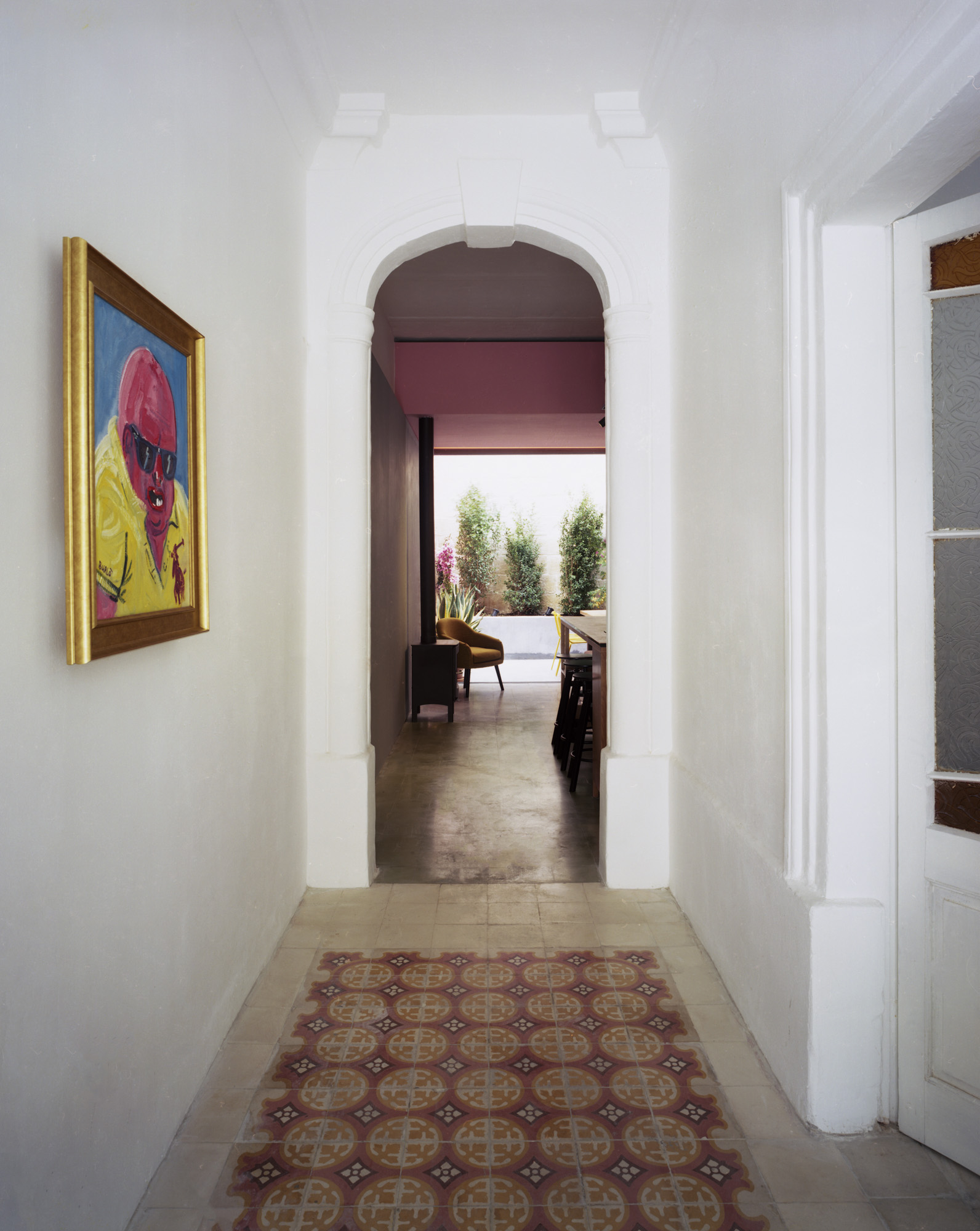 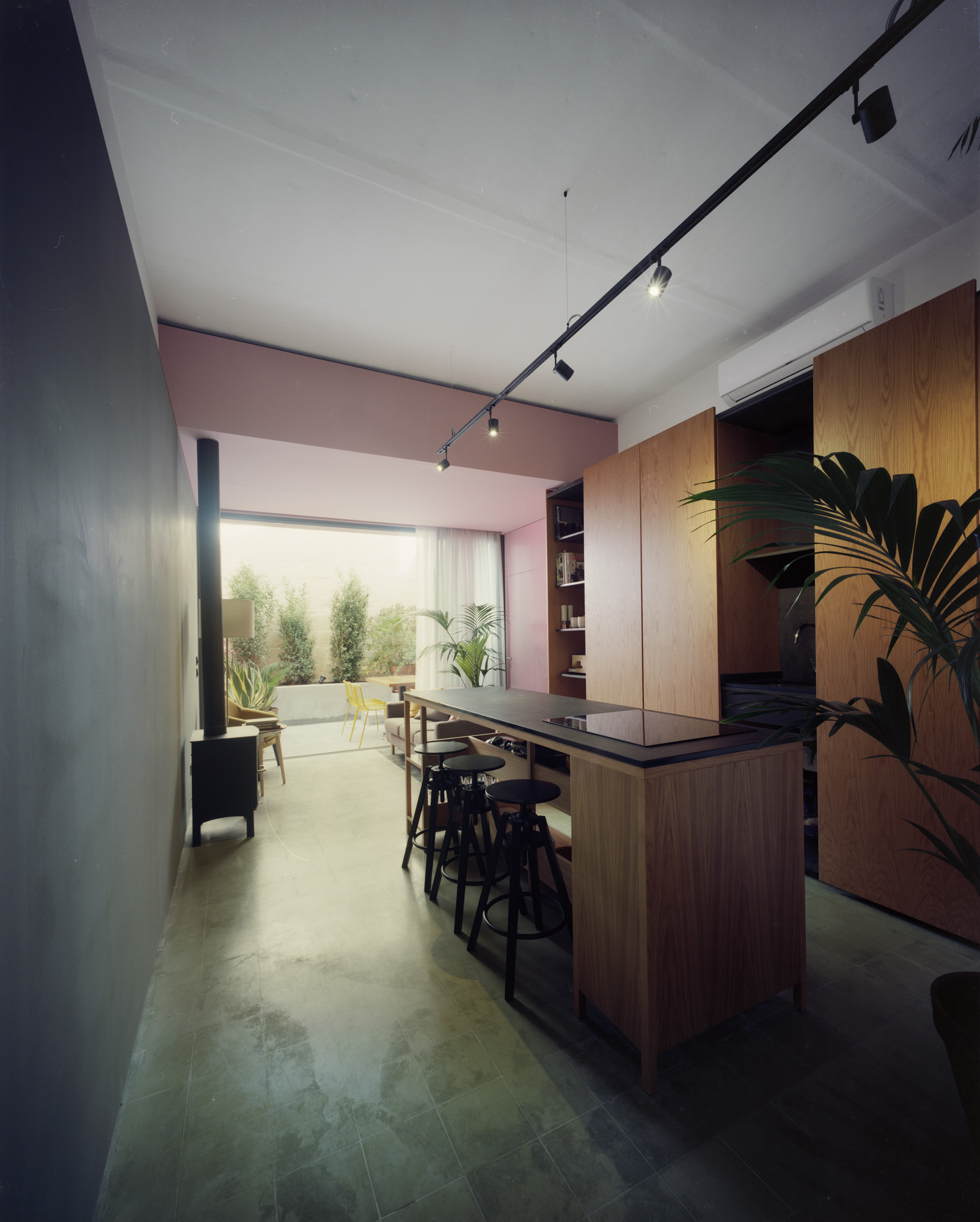 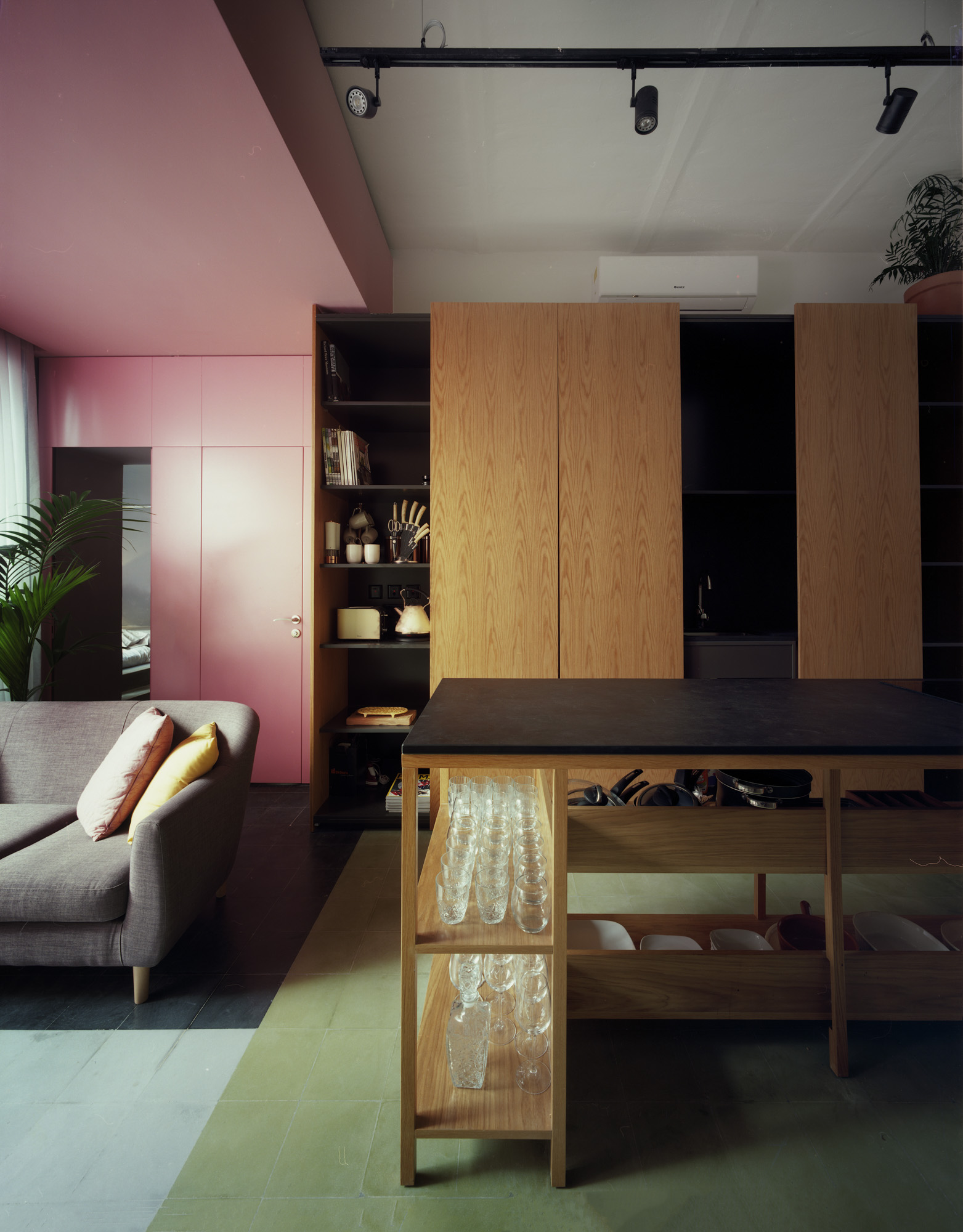 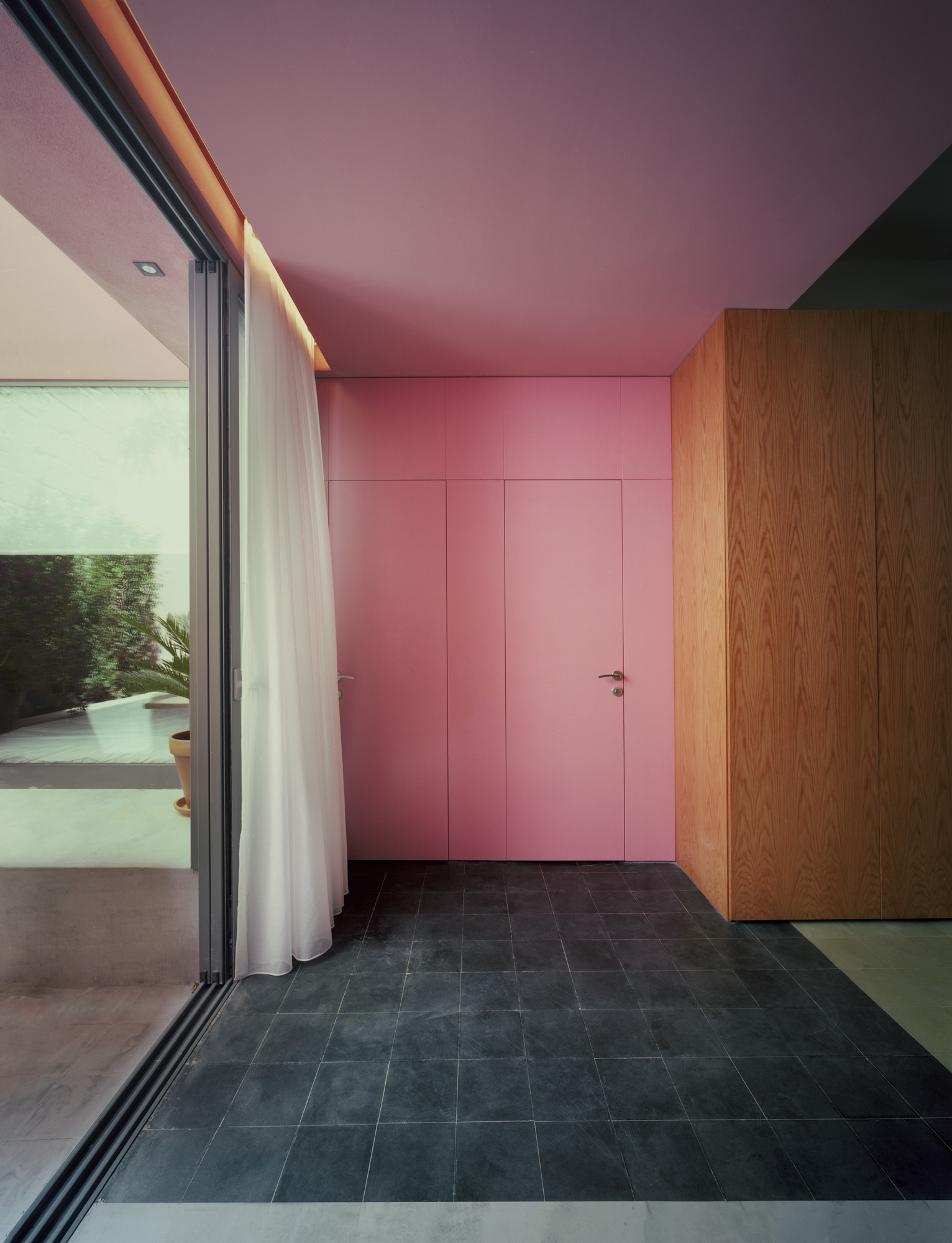 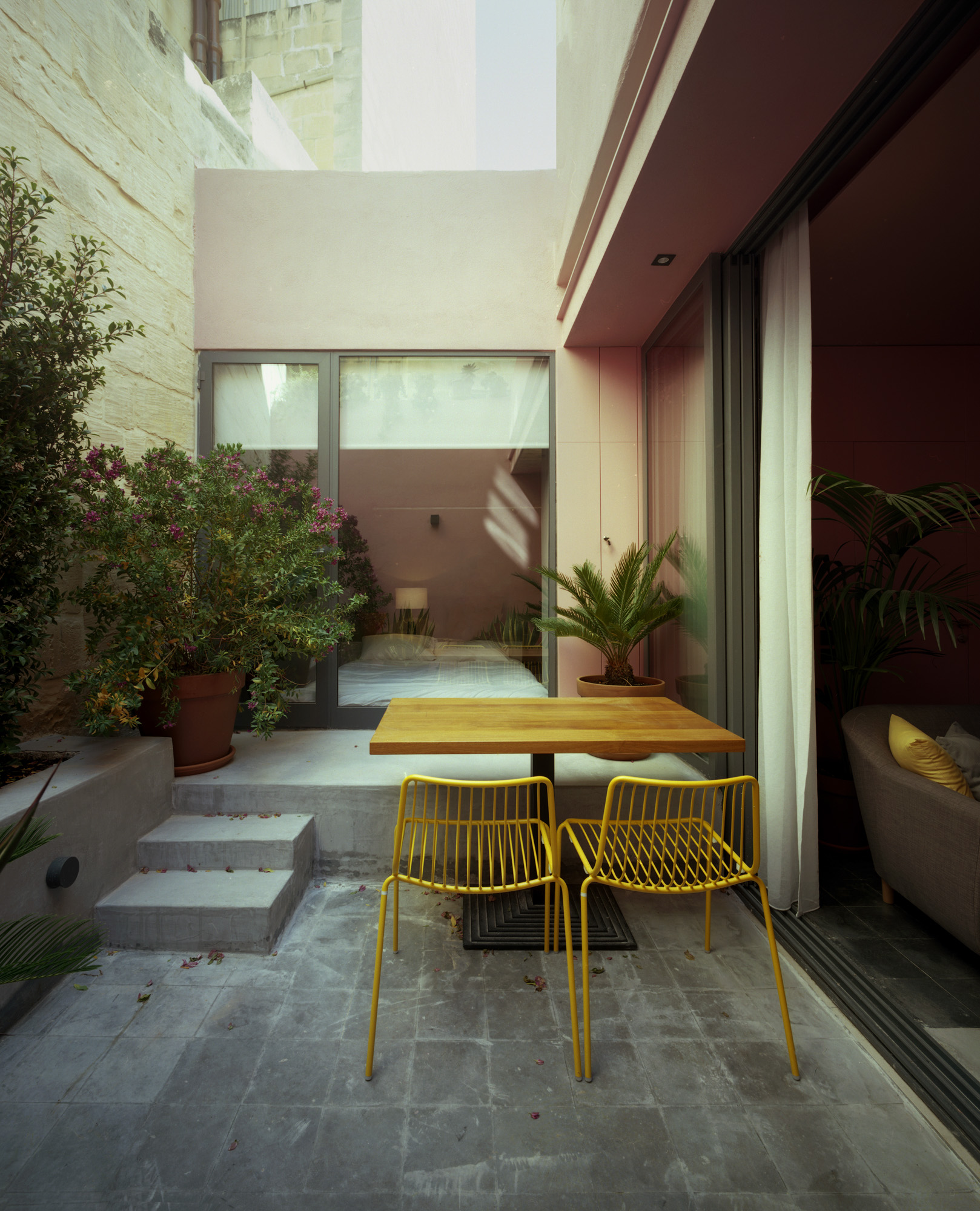 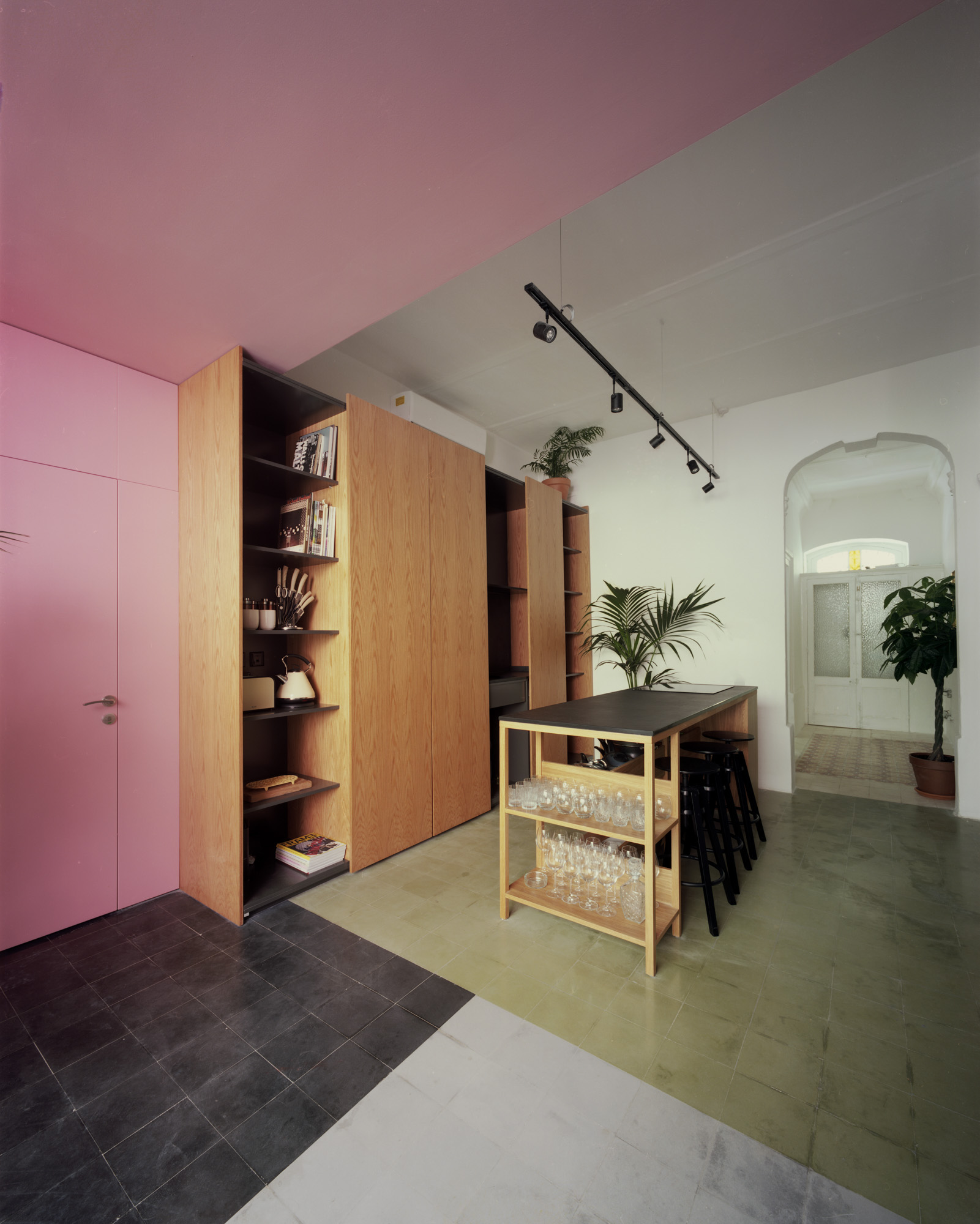 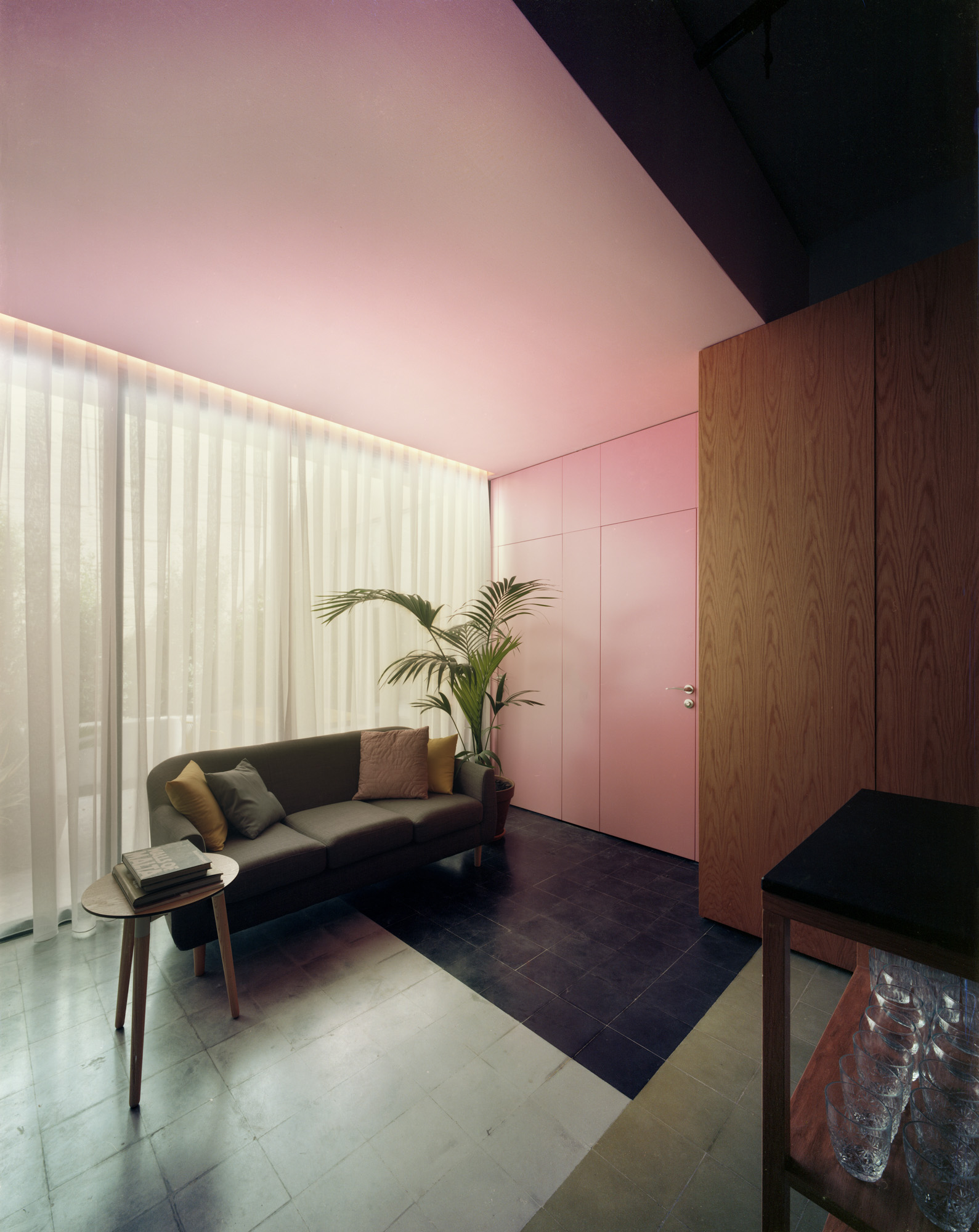 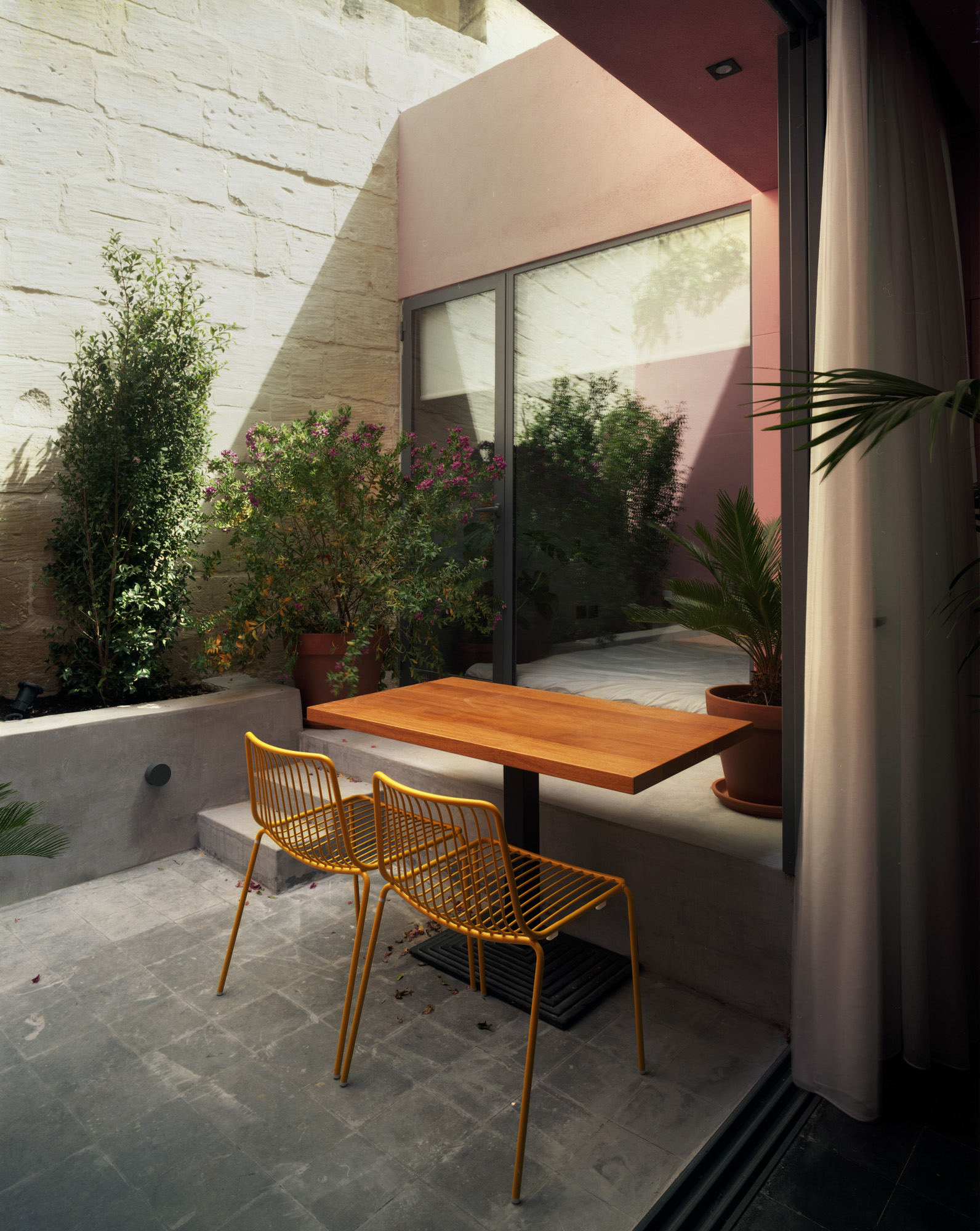 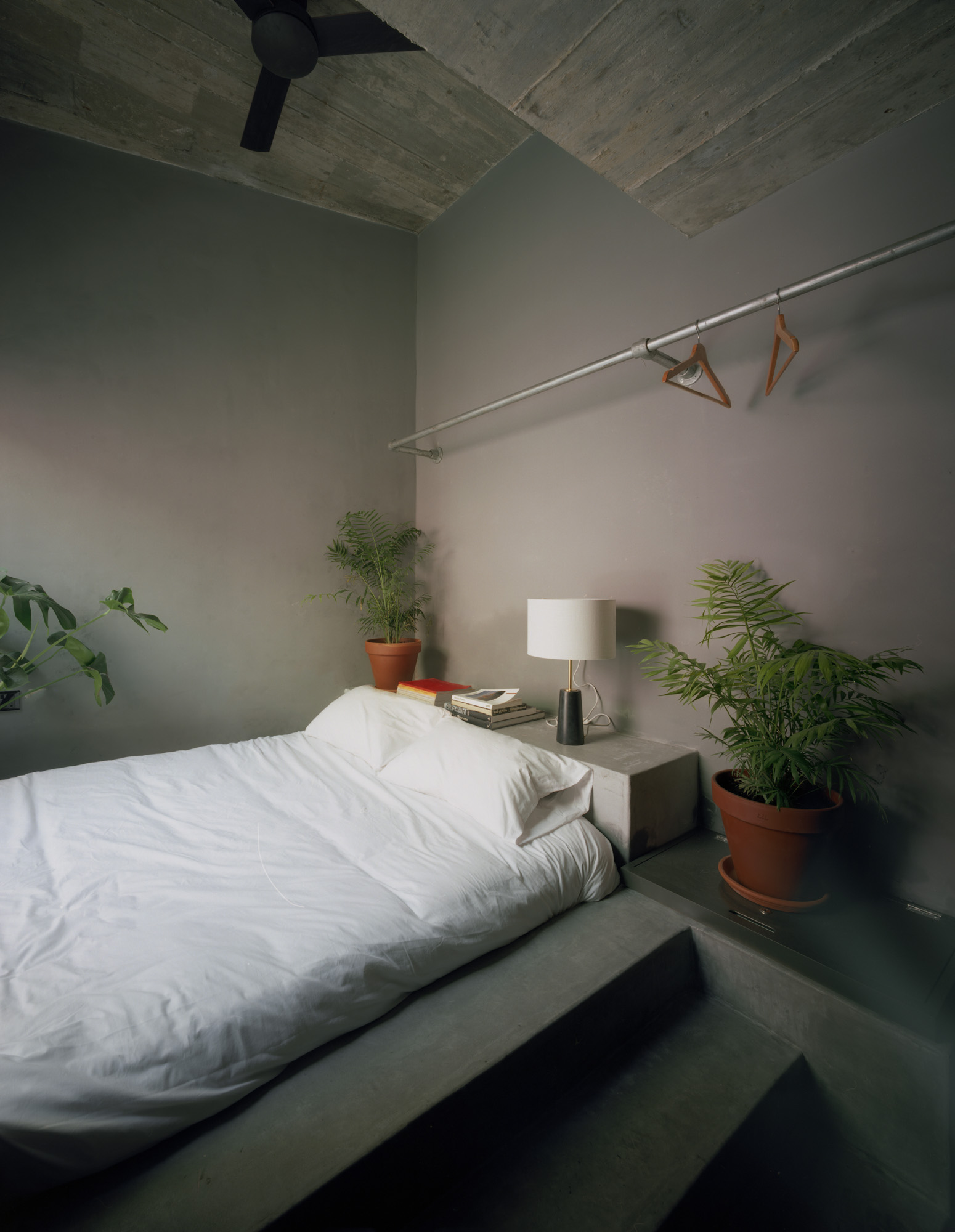 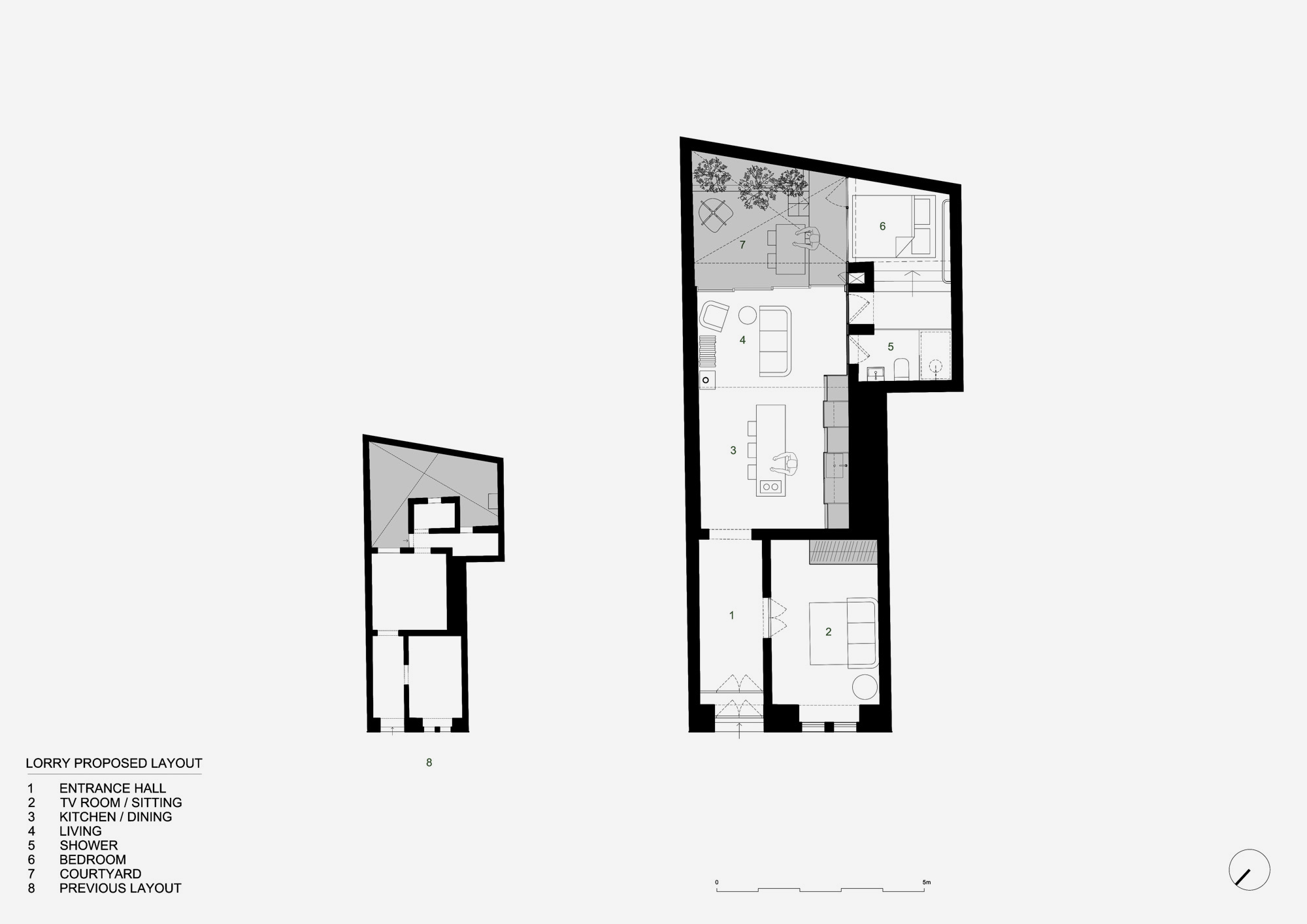