Reflecting the old and announcing the new, a glazed walkway links three distinct 16th century dwelling spaces, shifting from reflection to translucency as the day progresses from morning to night.

The design of the Mill House addresses a need to link a cluster of Grade I and II Listed buildings, including a mill room dating to around the mid-to-late 16th century. Introducing new cohesion between the buildings to create a future family home, the design positions an outdoor courtyard as a connecting agent, allowing the disparate spaces to each communicate with the sun-soaked hearth of the home.

A glazed walkway curates this connection, functioning as a binding passage between the three volumes. Invisible from the street, the walkway is both hidden and boldly announced, conceived as a reflective layer of contrast between old and new. It forms a lustrous perimeter along two internal facades, carrying its users from one living block to another. The walkway graduates from solid reflection to sheer translucency throughout the day, its opacity moderating with the sun’s changing light. In the morning, it reflects the courtyard’s yellow stone and the sights of the surrounding village, appearing as an elongated band that elbows at a single juncture. At night, its glazed corridor is internally lit, illuminating the pool area below and revealing movements of its inhabitants as they travel from one bedroom to another.

The ground level, which looks out to the courtyard, is home to the dining and living areas. Its main room also plays on grades of visibility – tall cabinets punctuate the edge of its space, resembling minimalist boulders that at times double as doorways to tangential rooms. 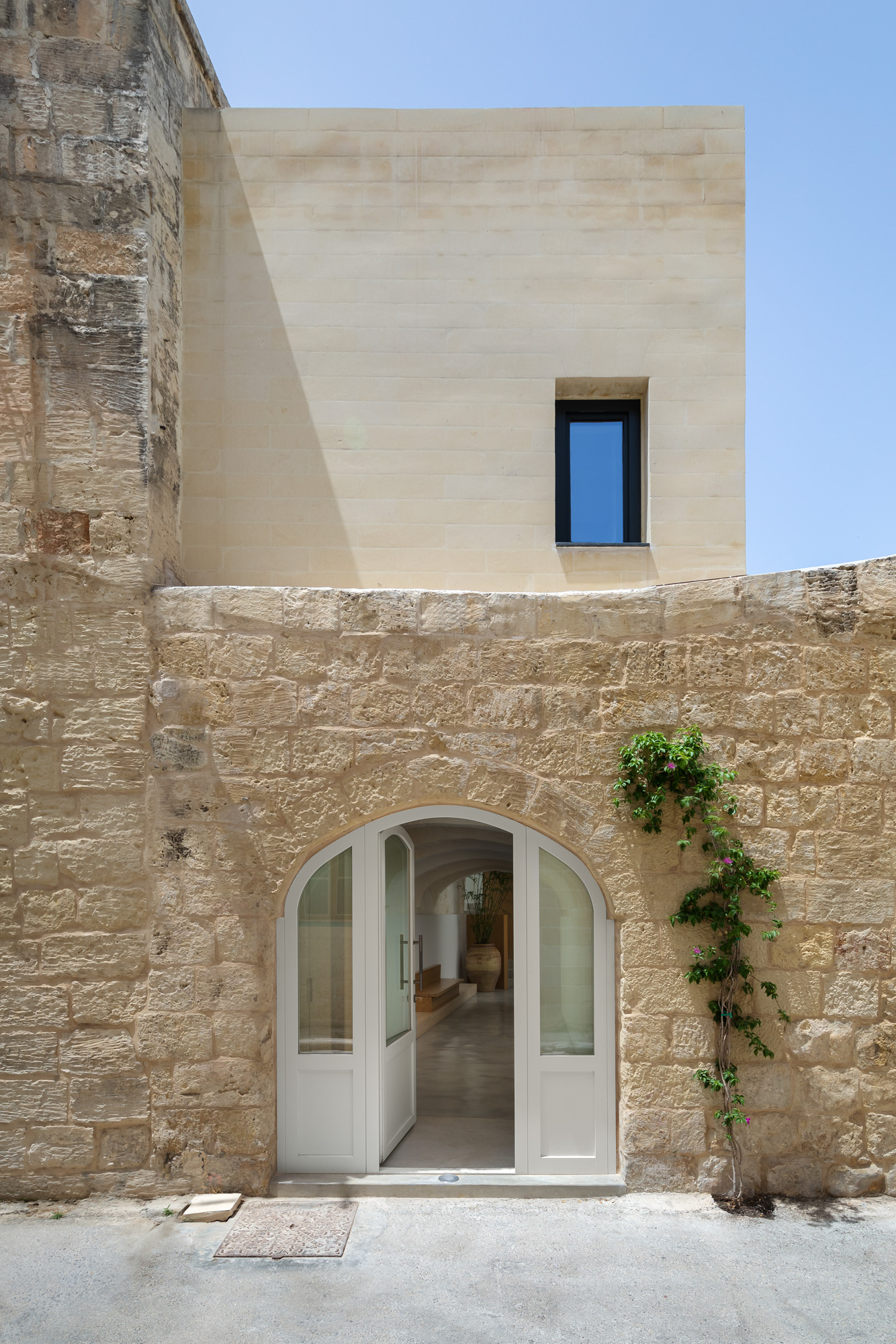 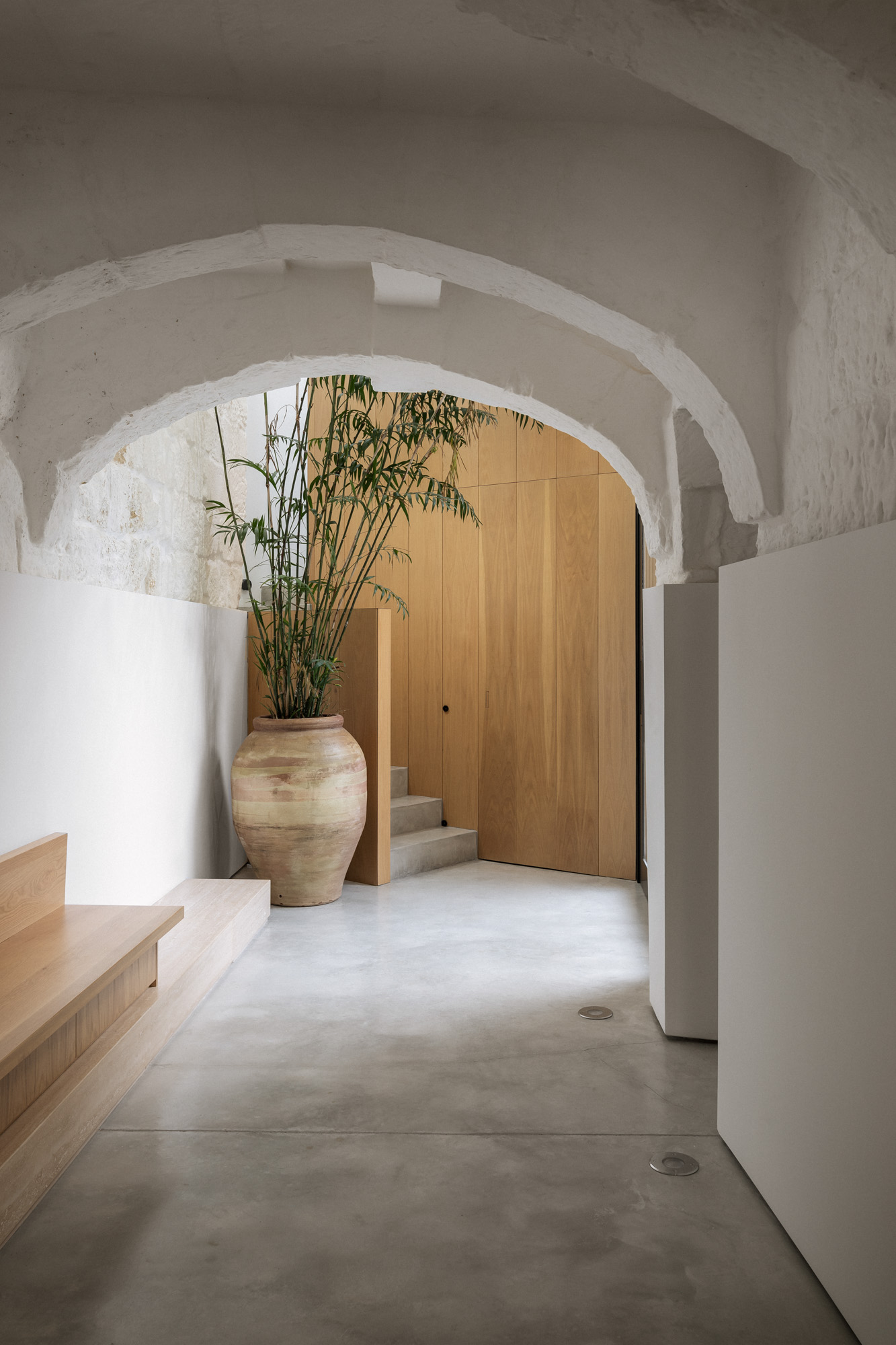 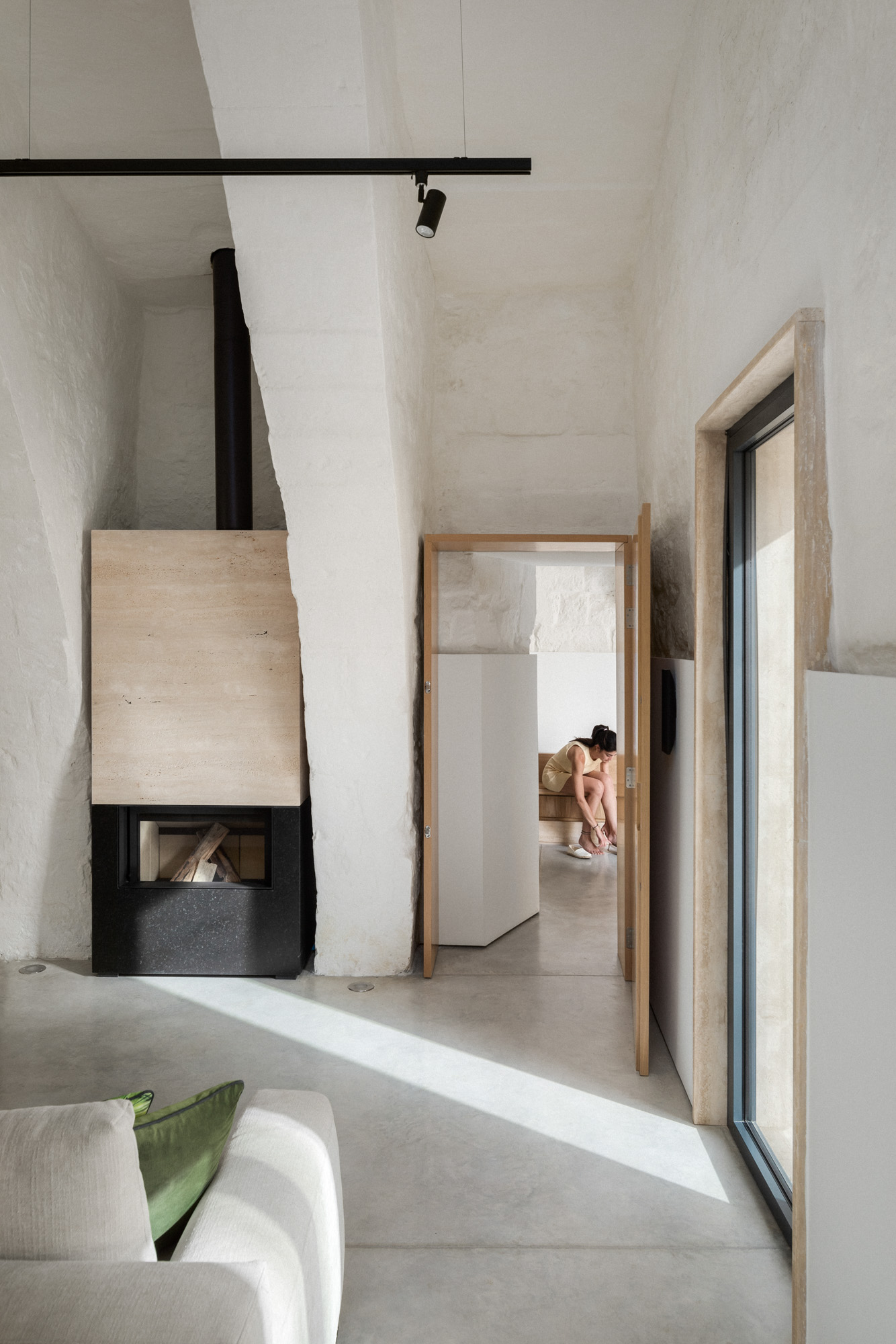 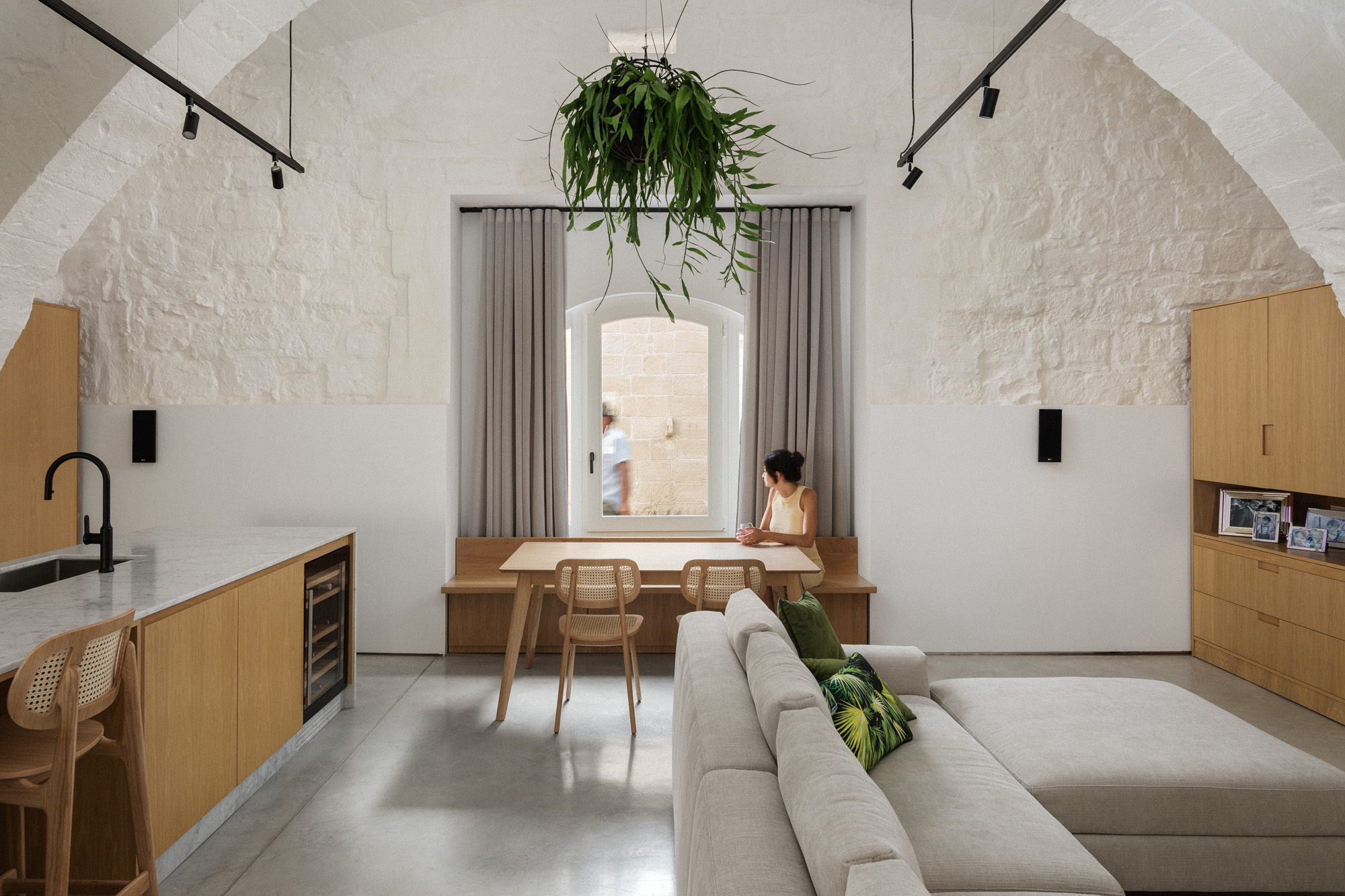 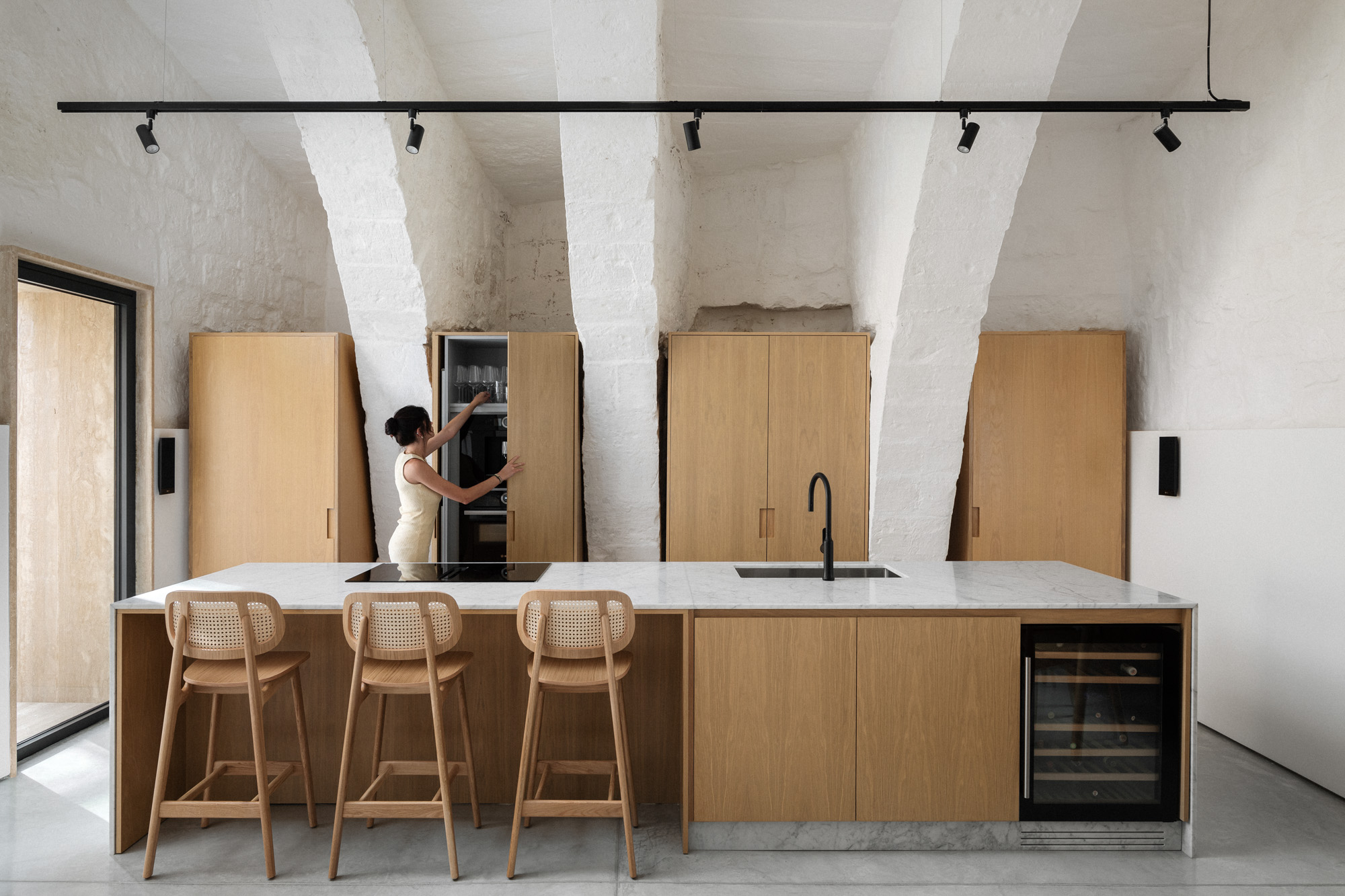 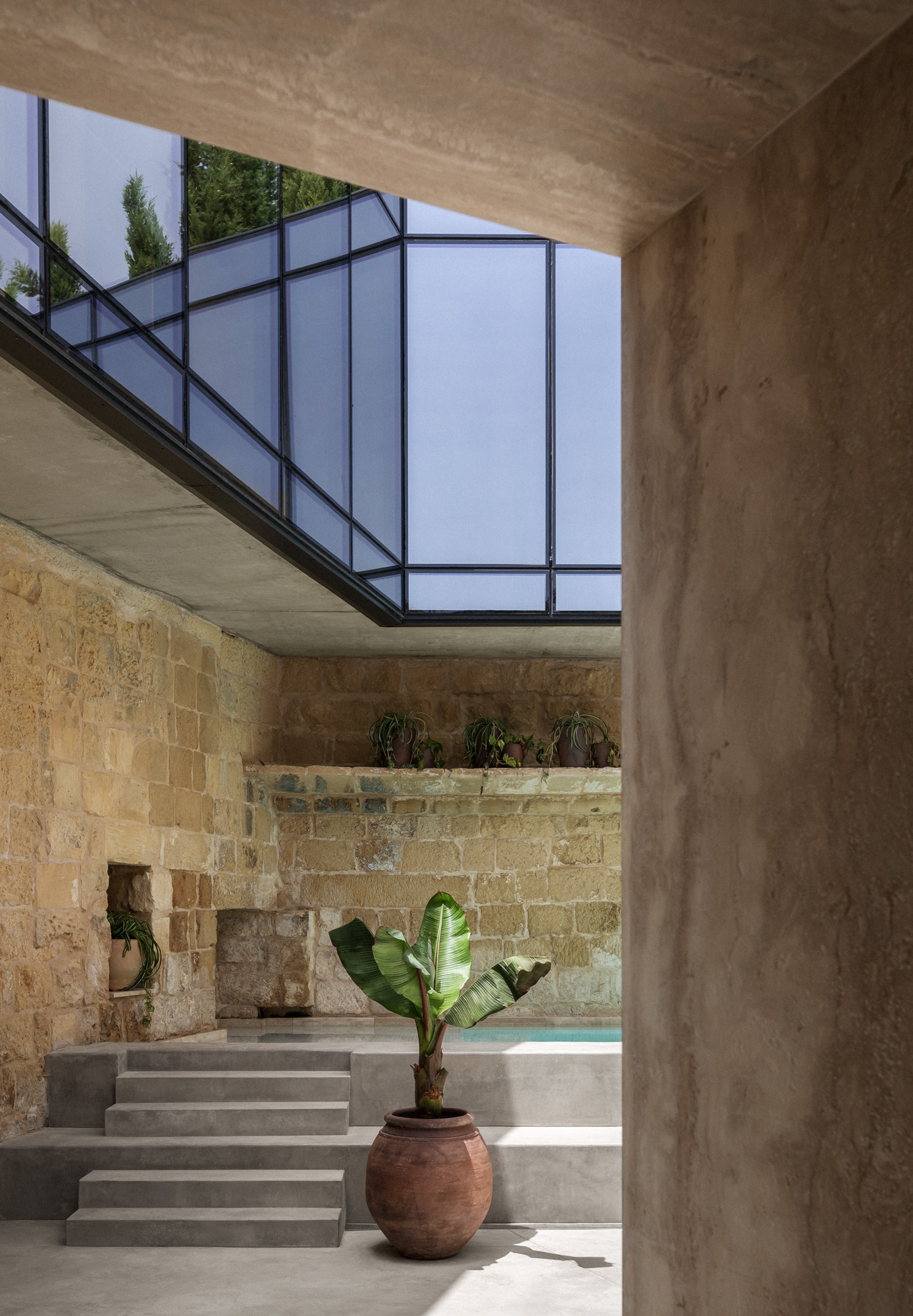 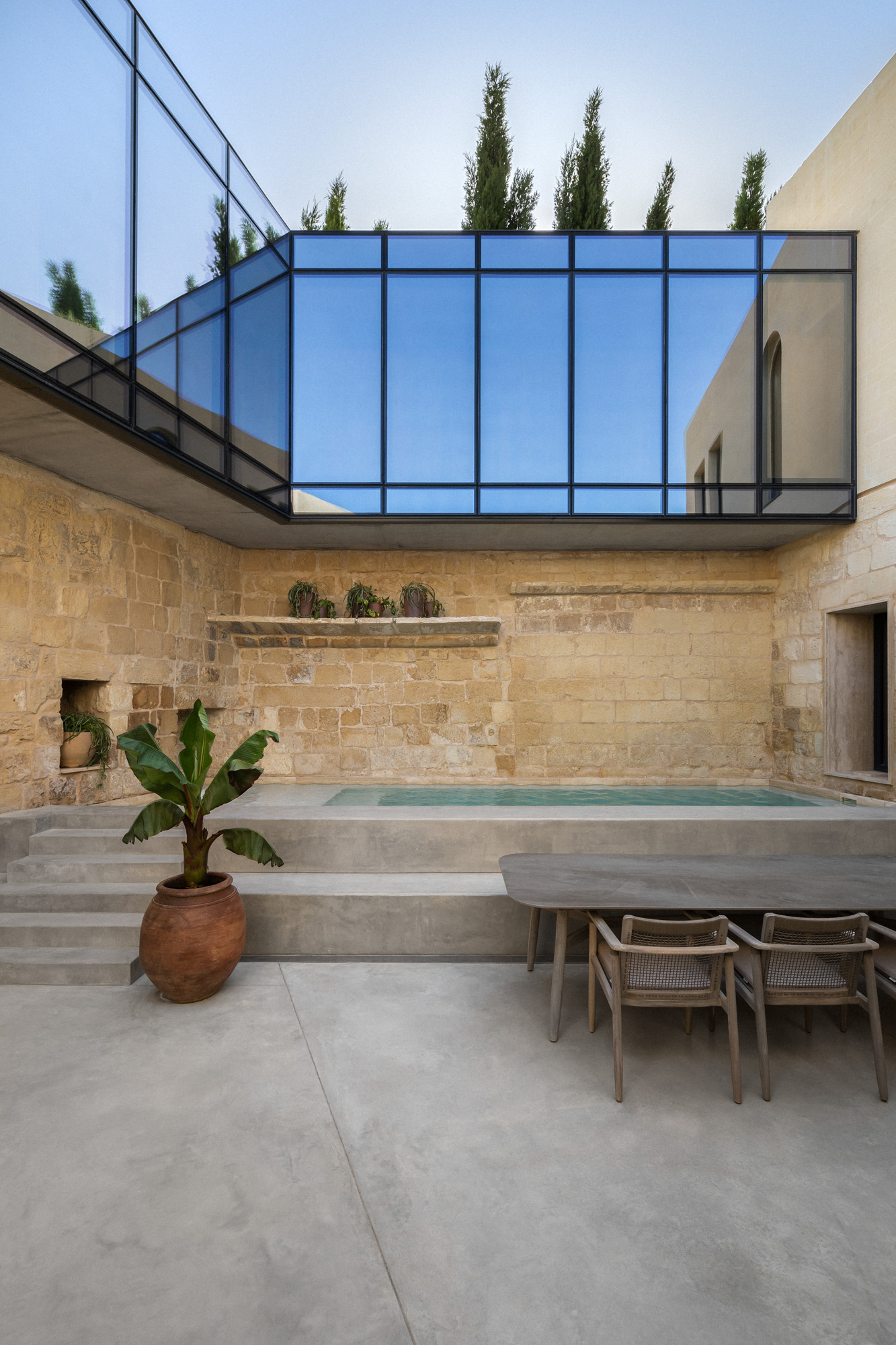 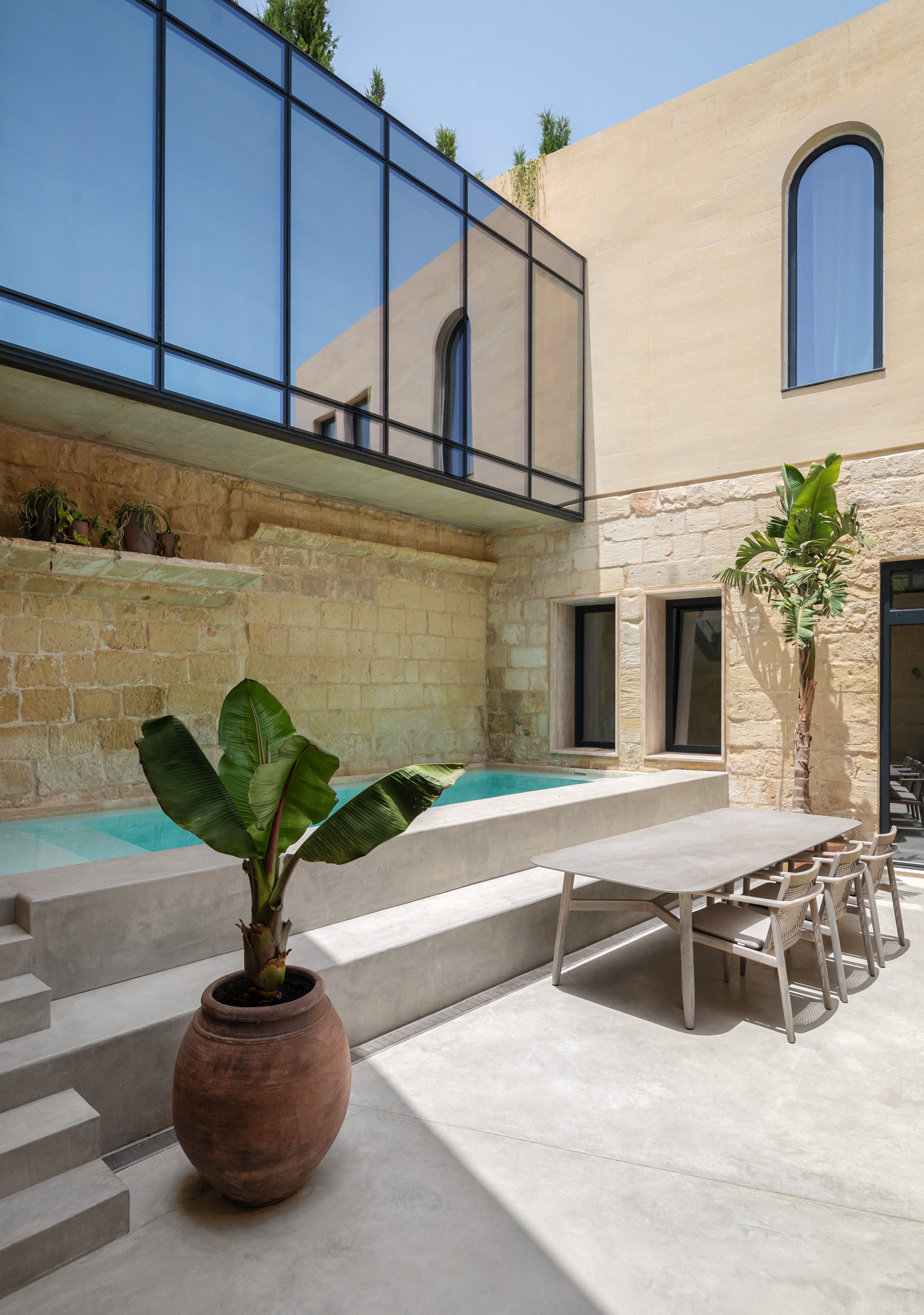 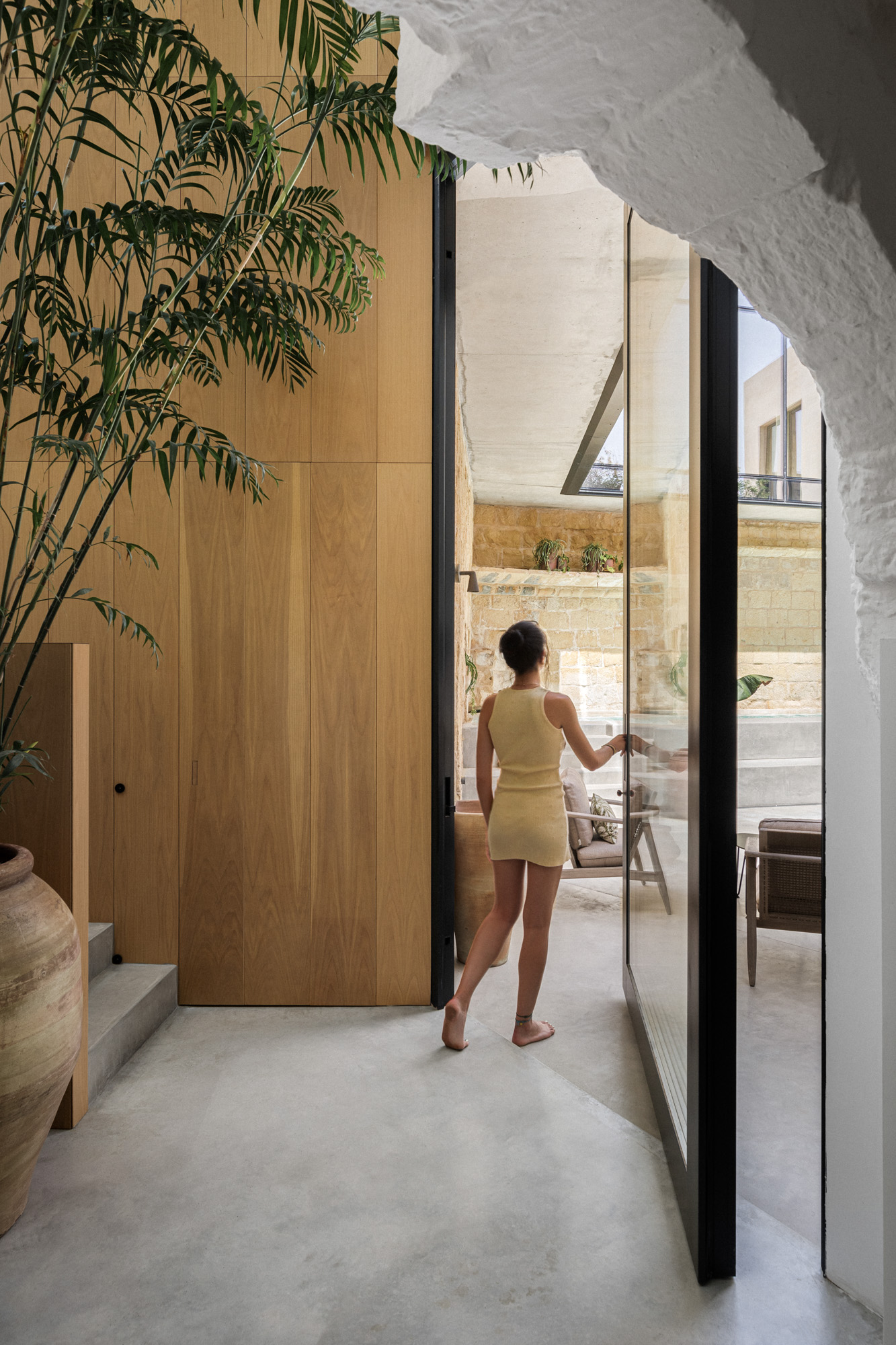 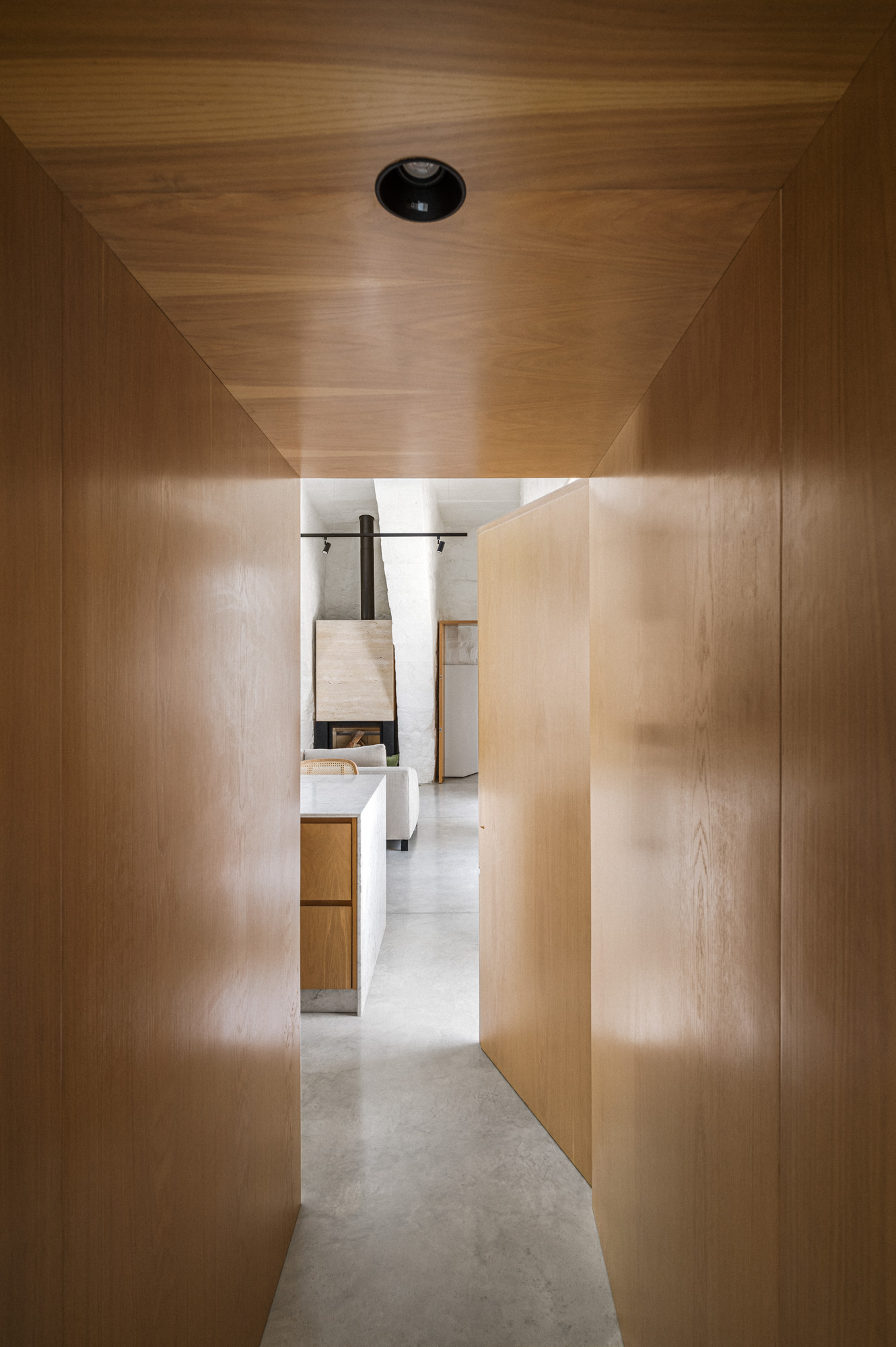 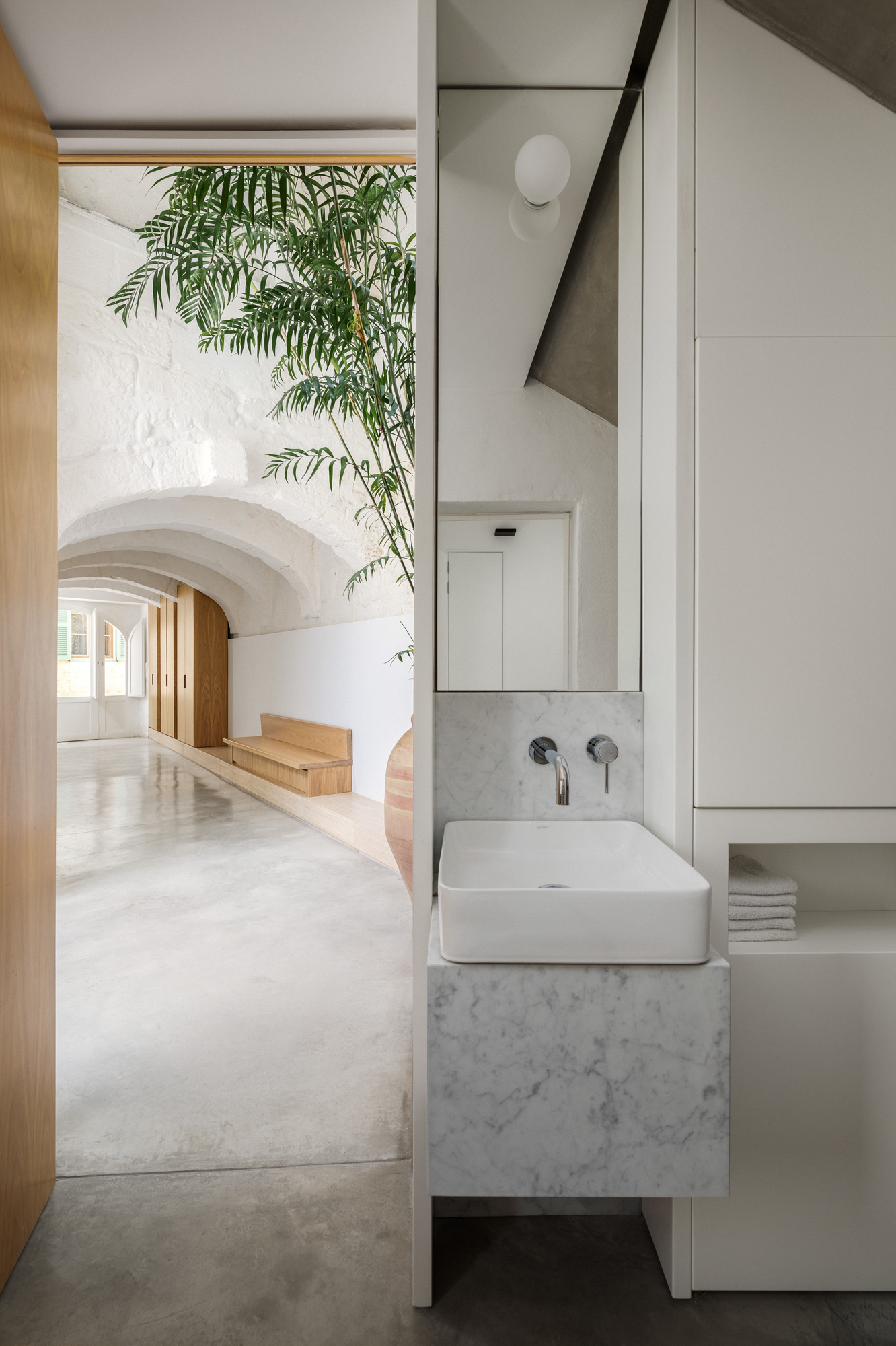 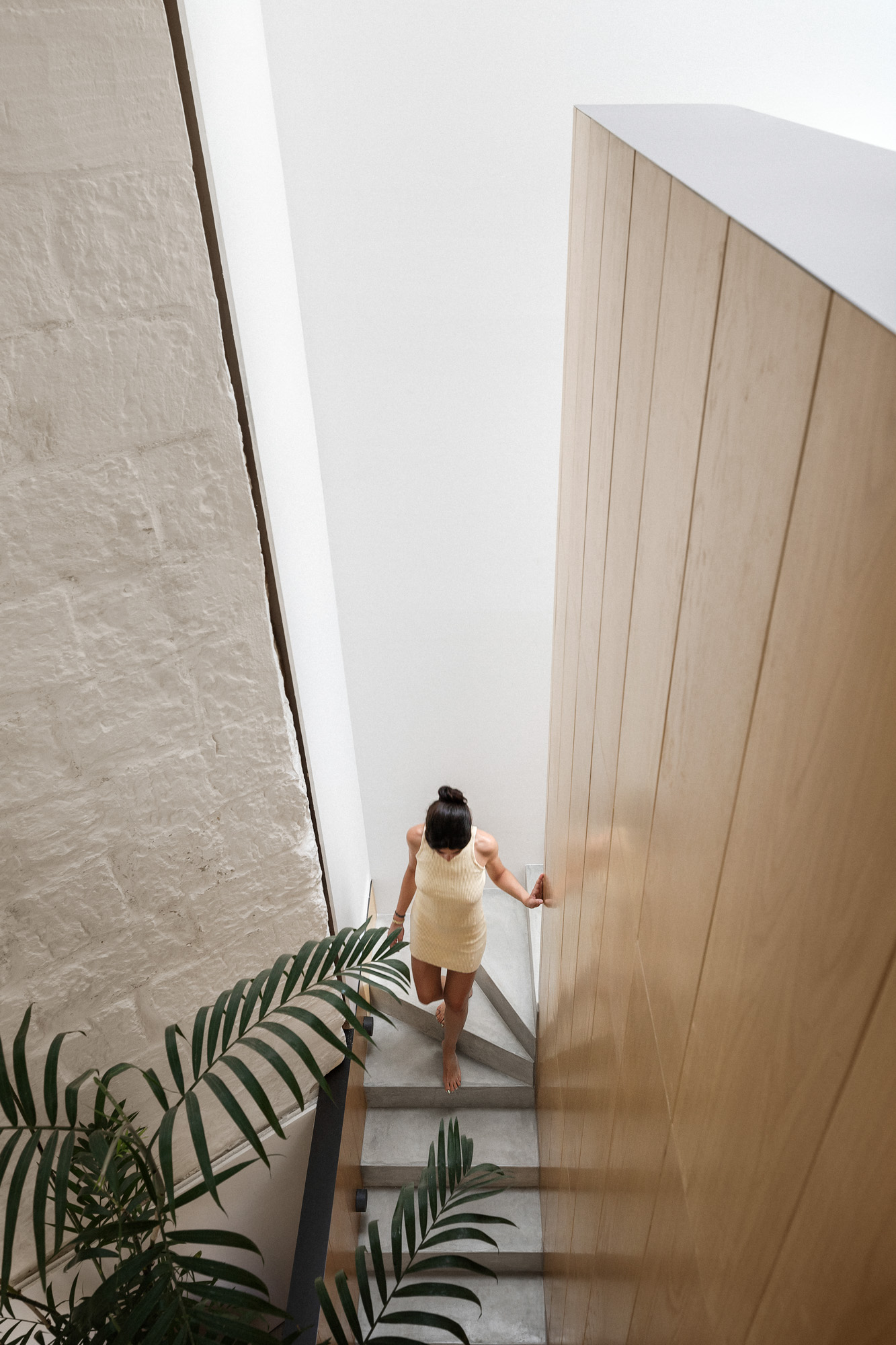 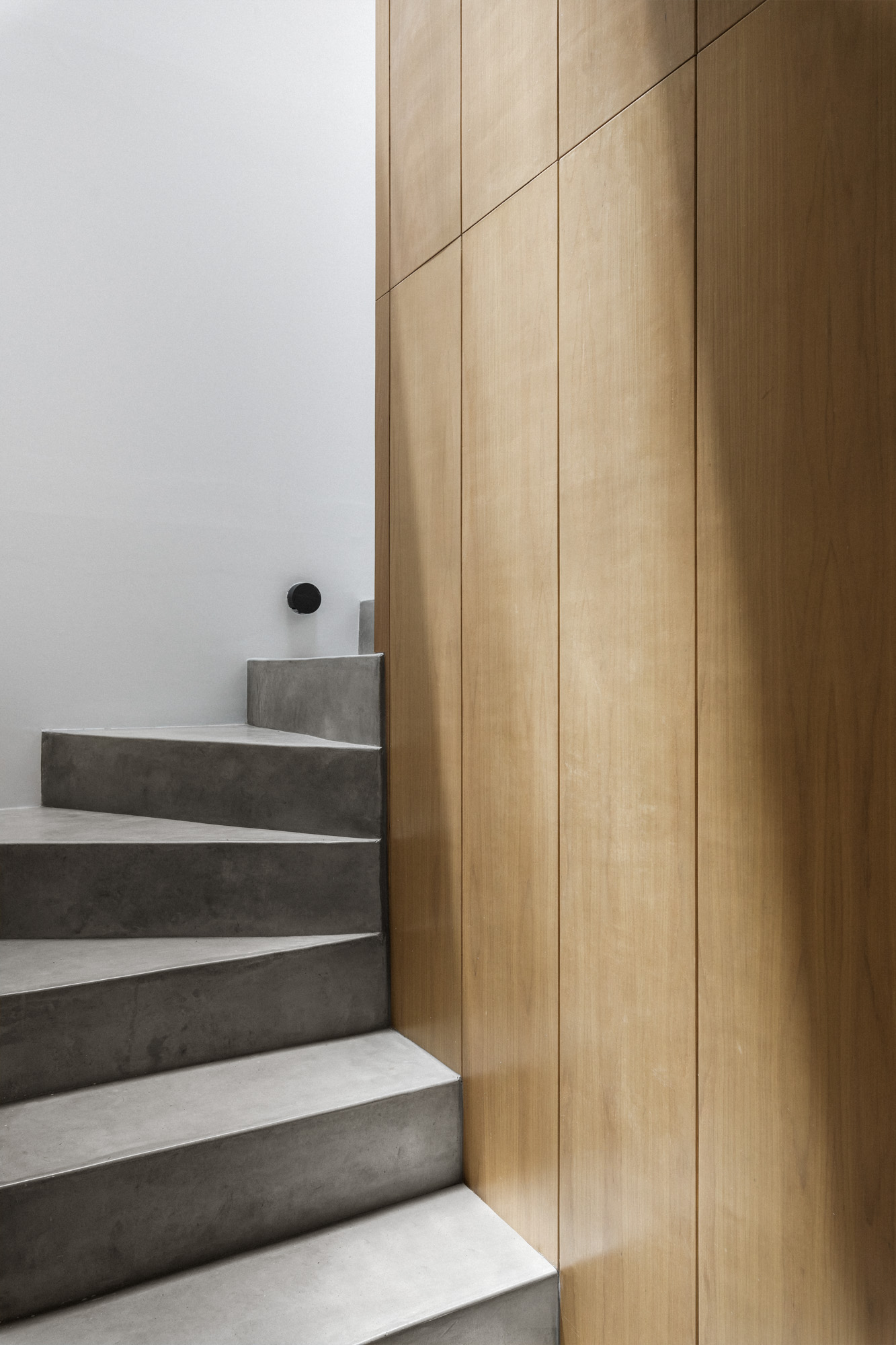 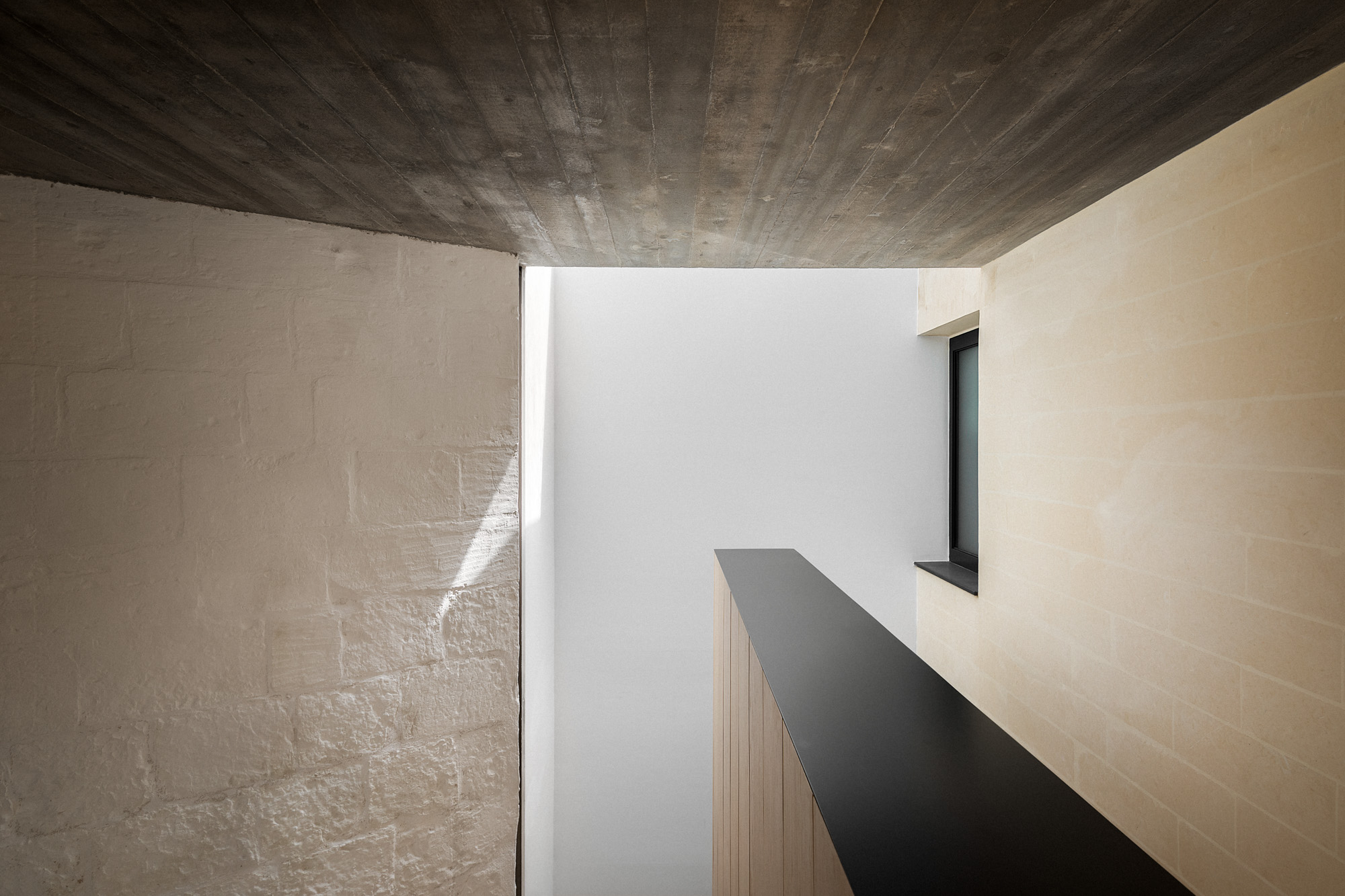 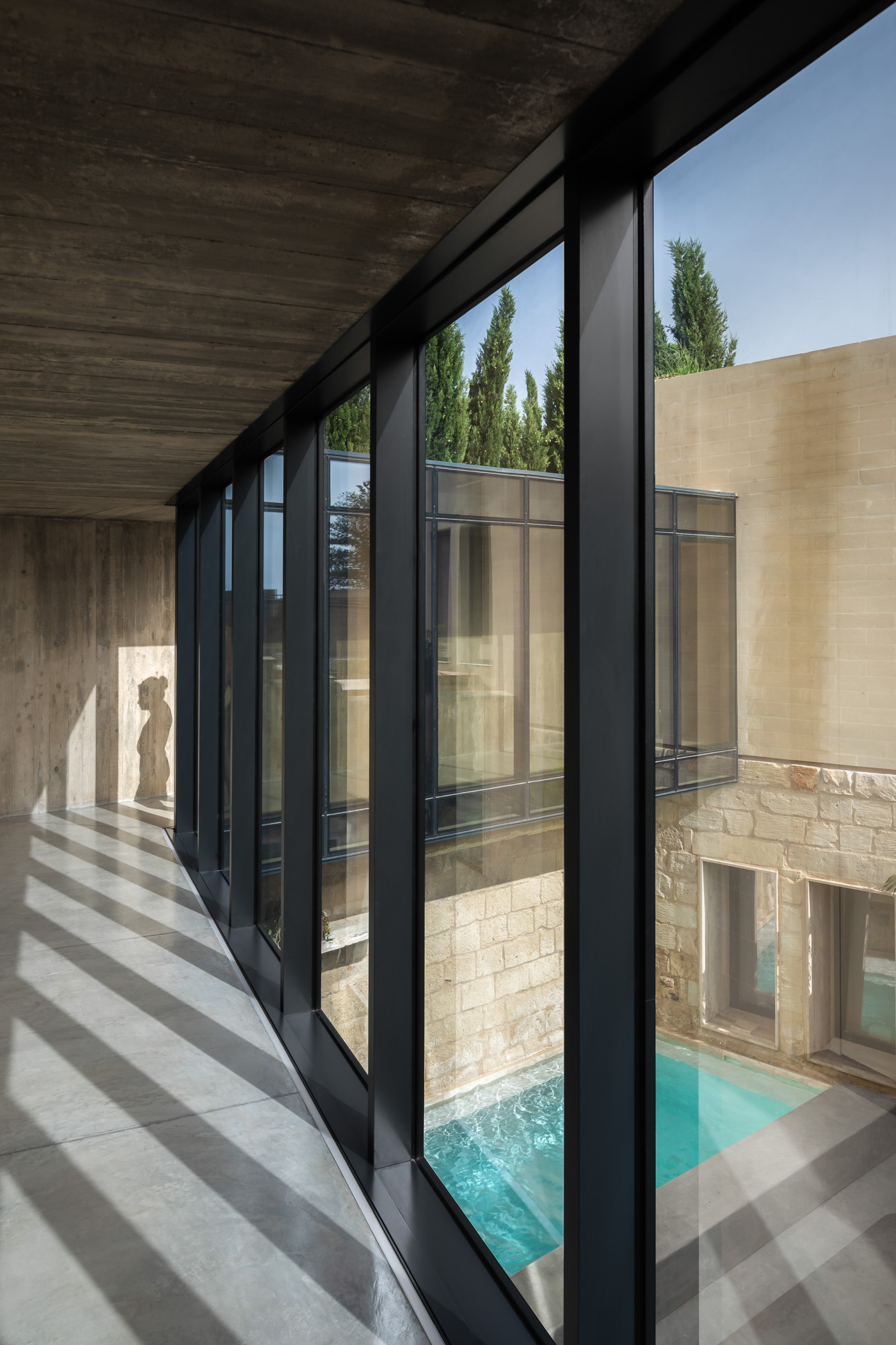 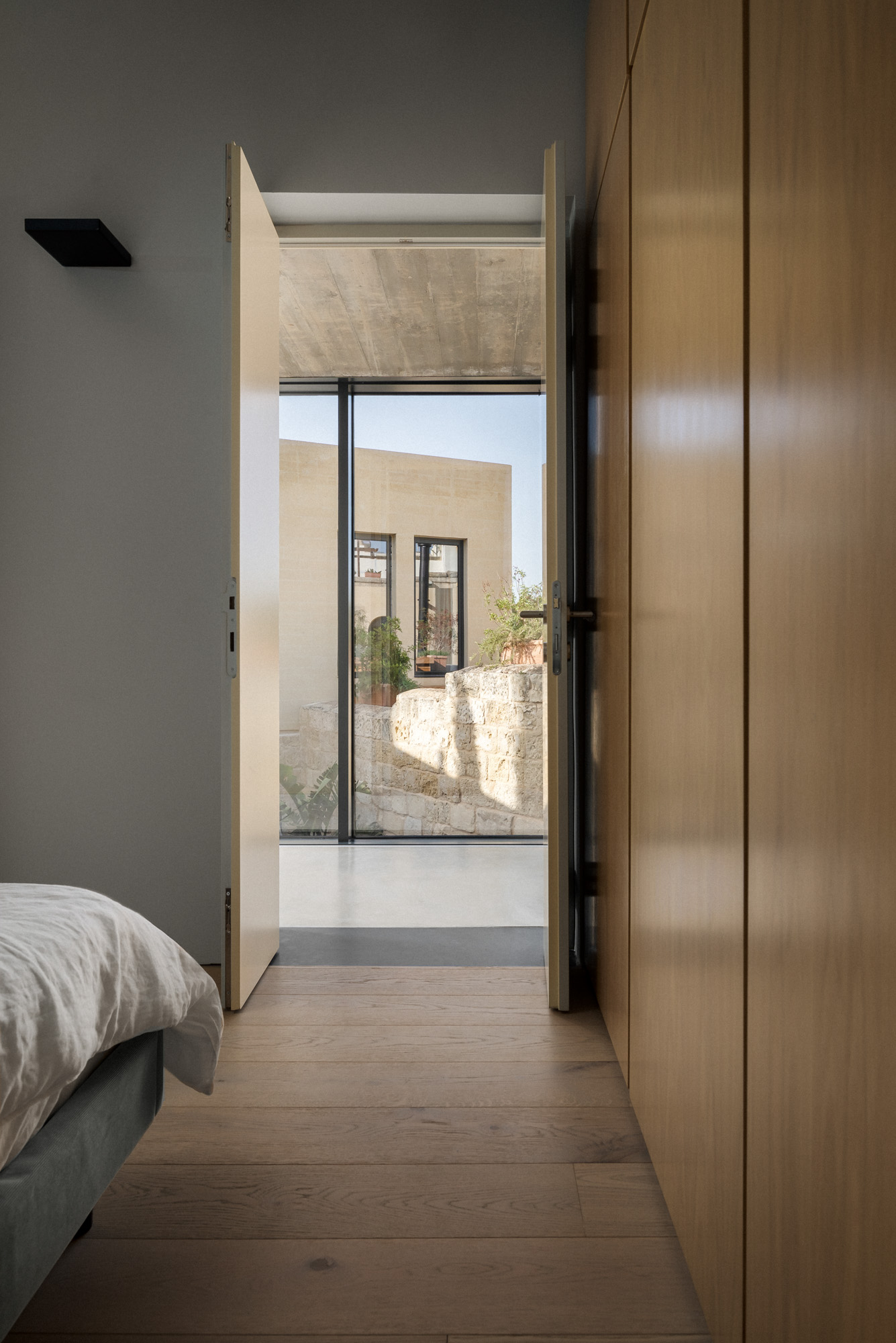 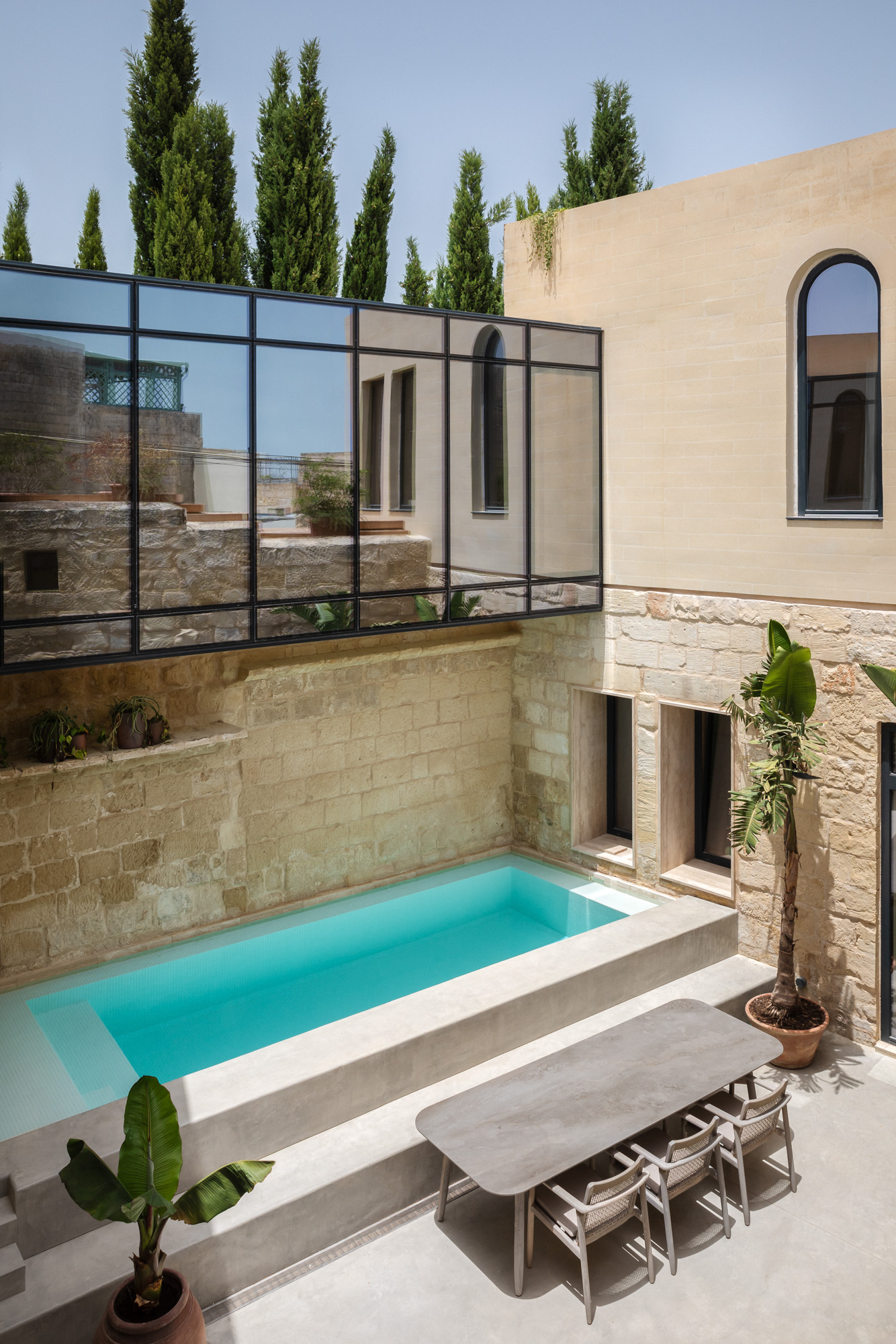 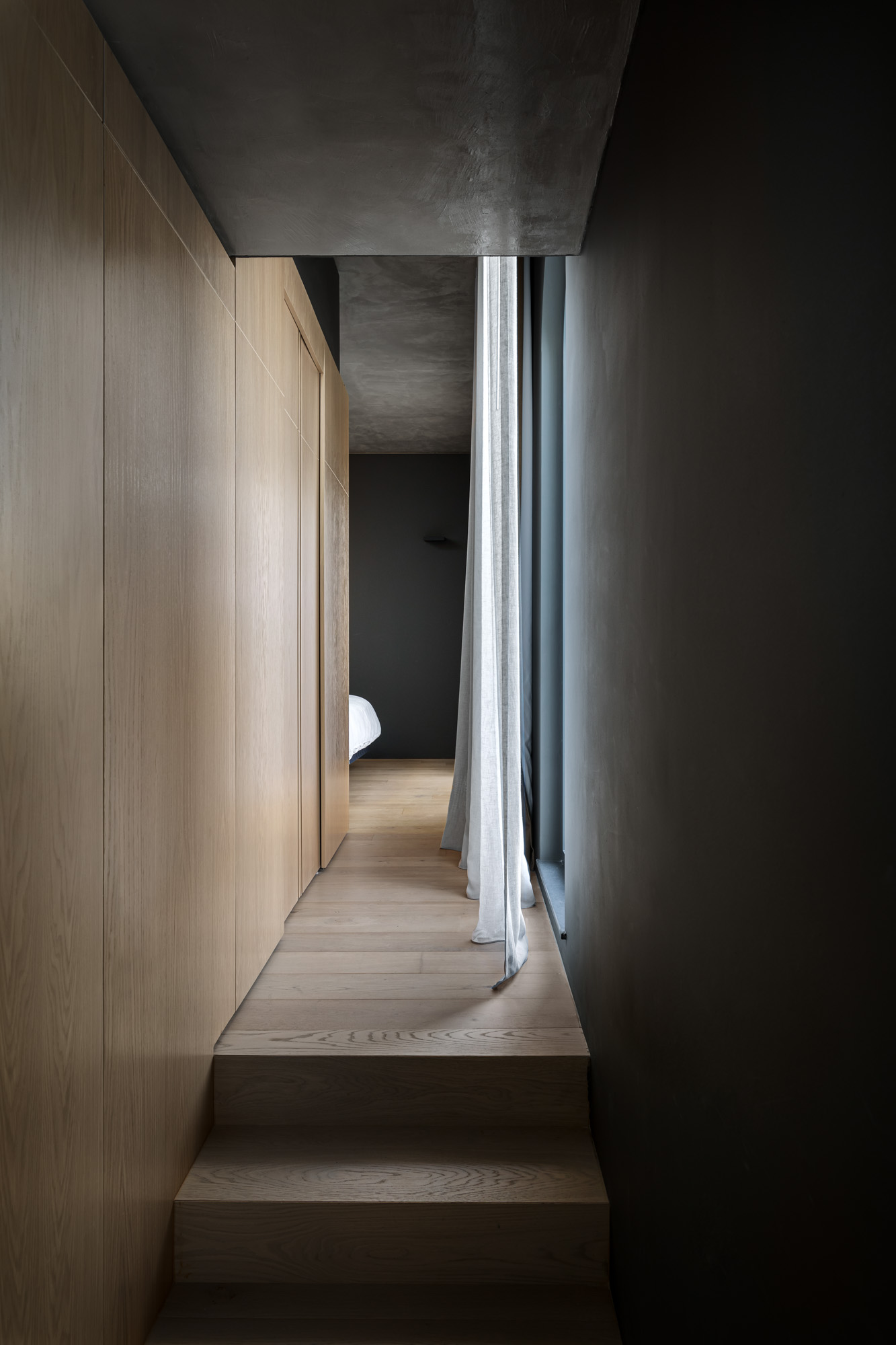 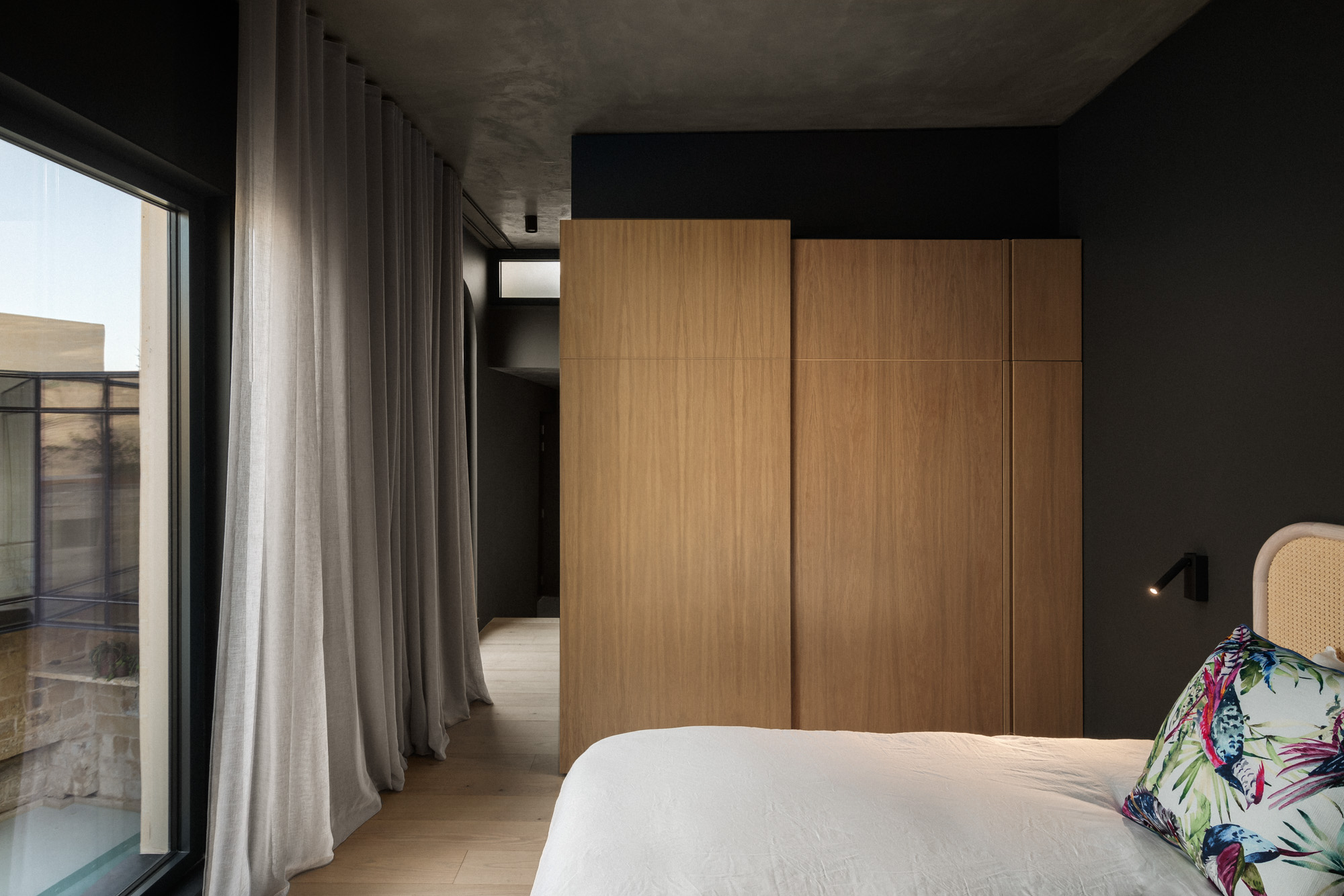 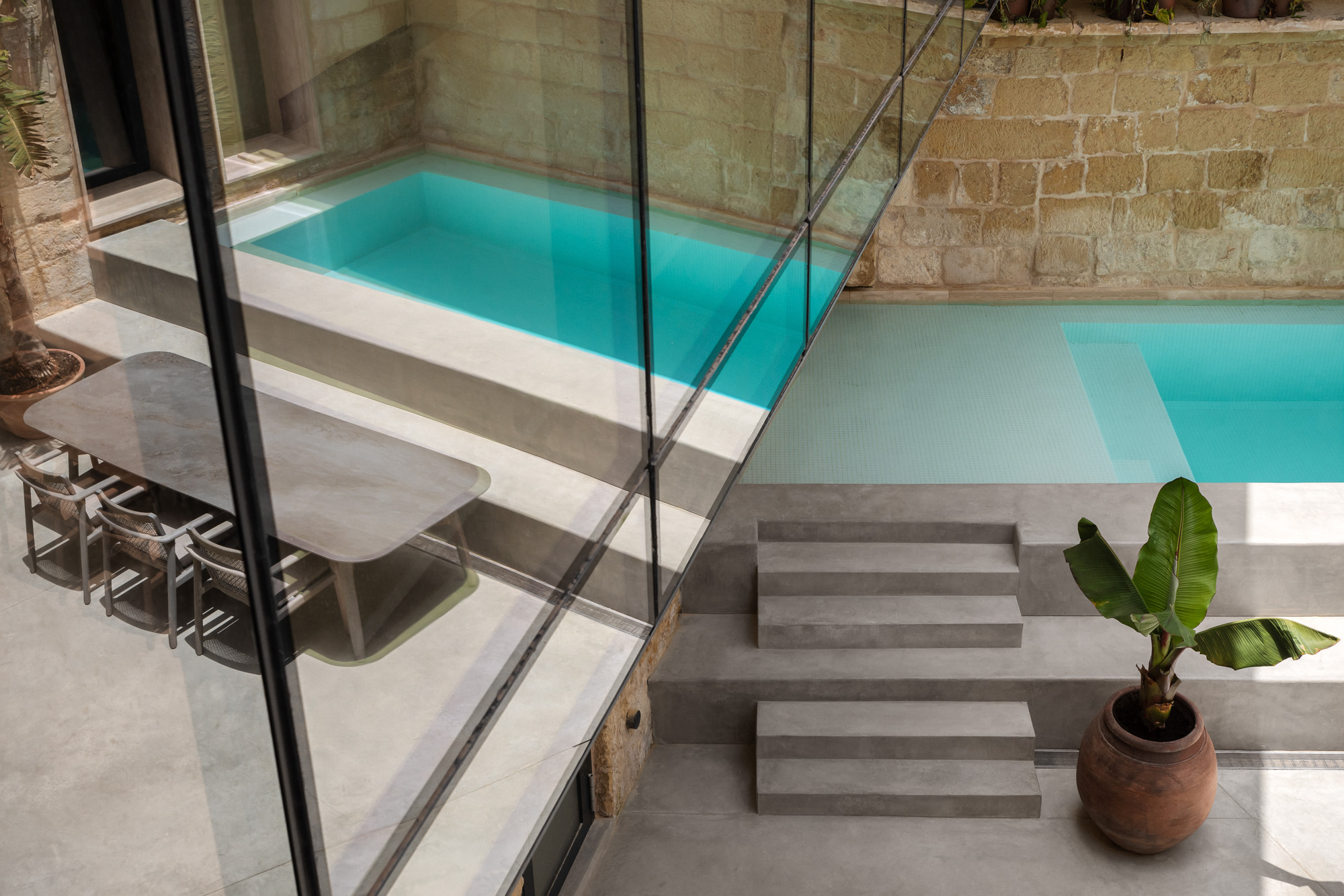 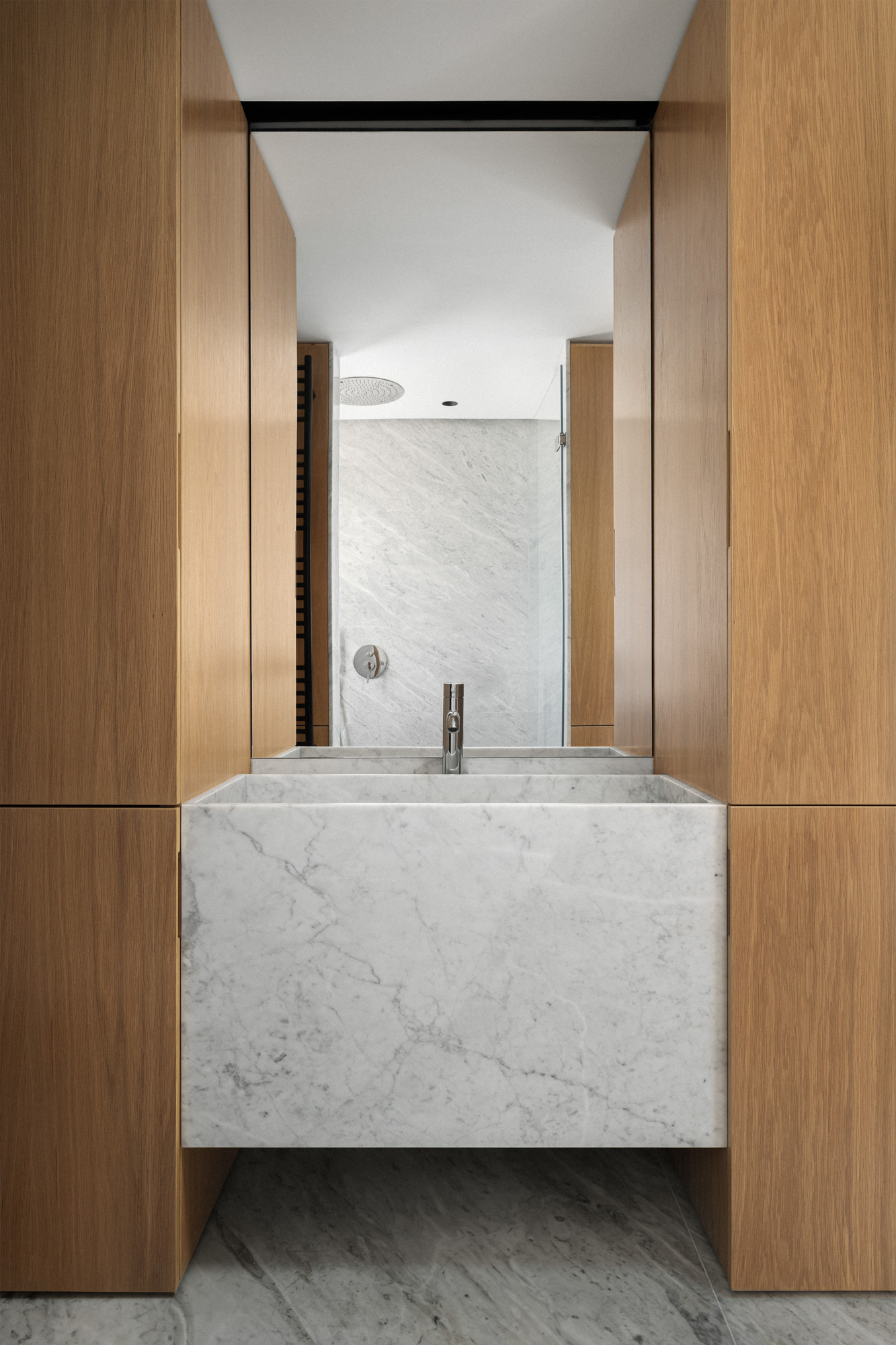 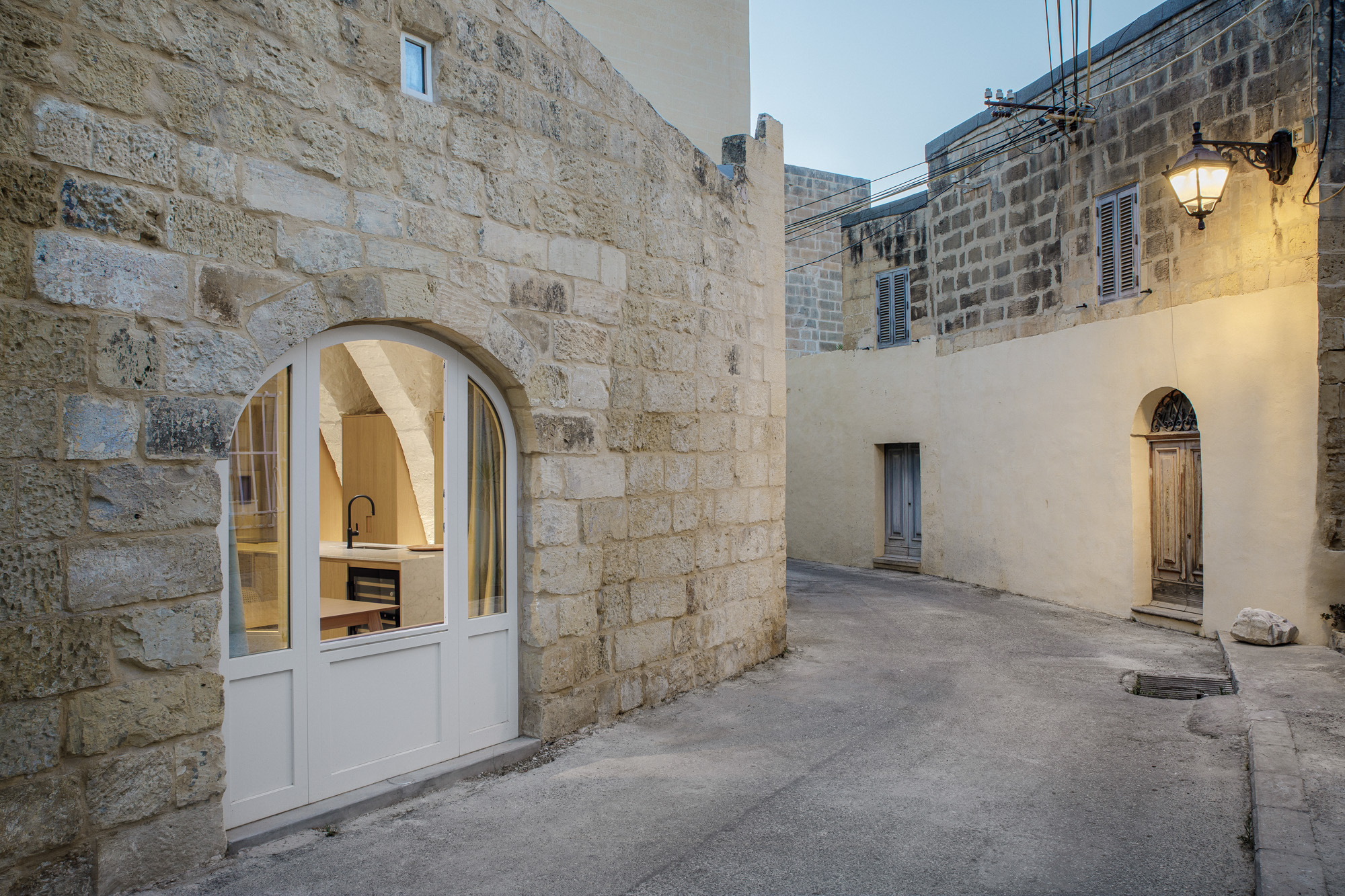 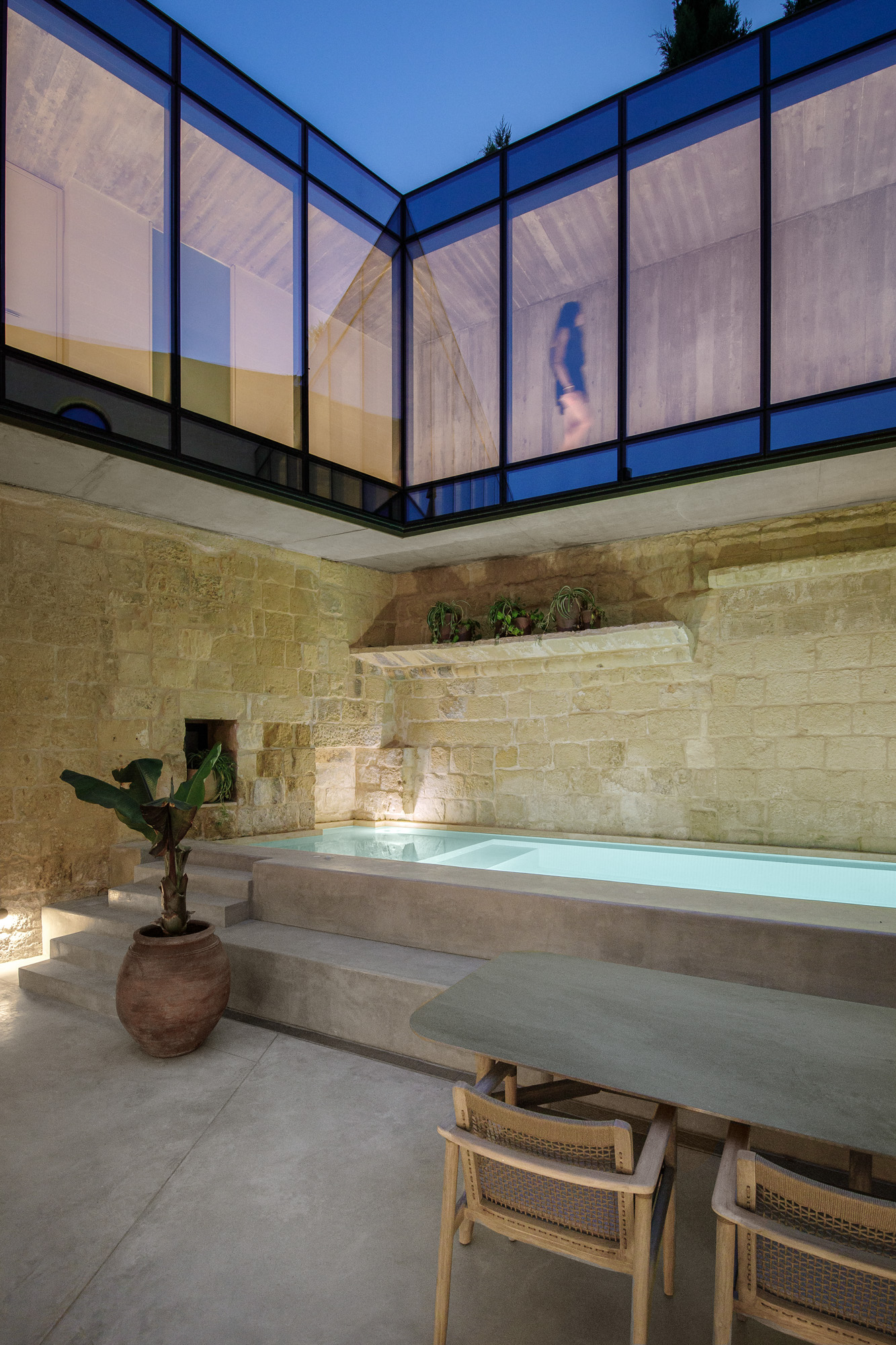 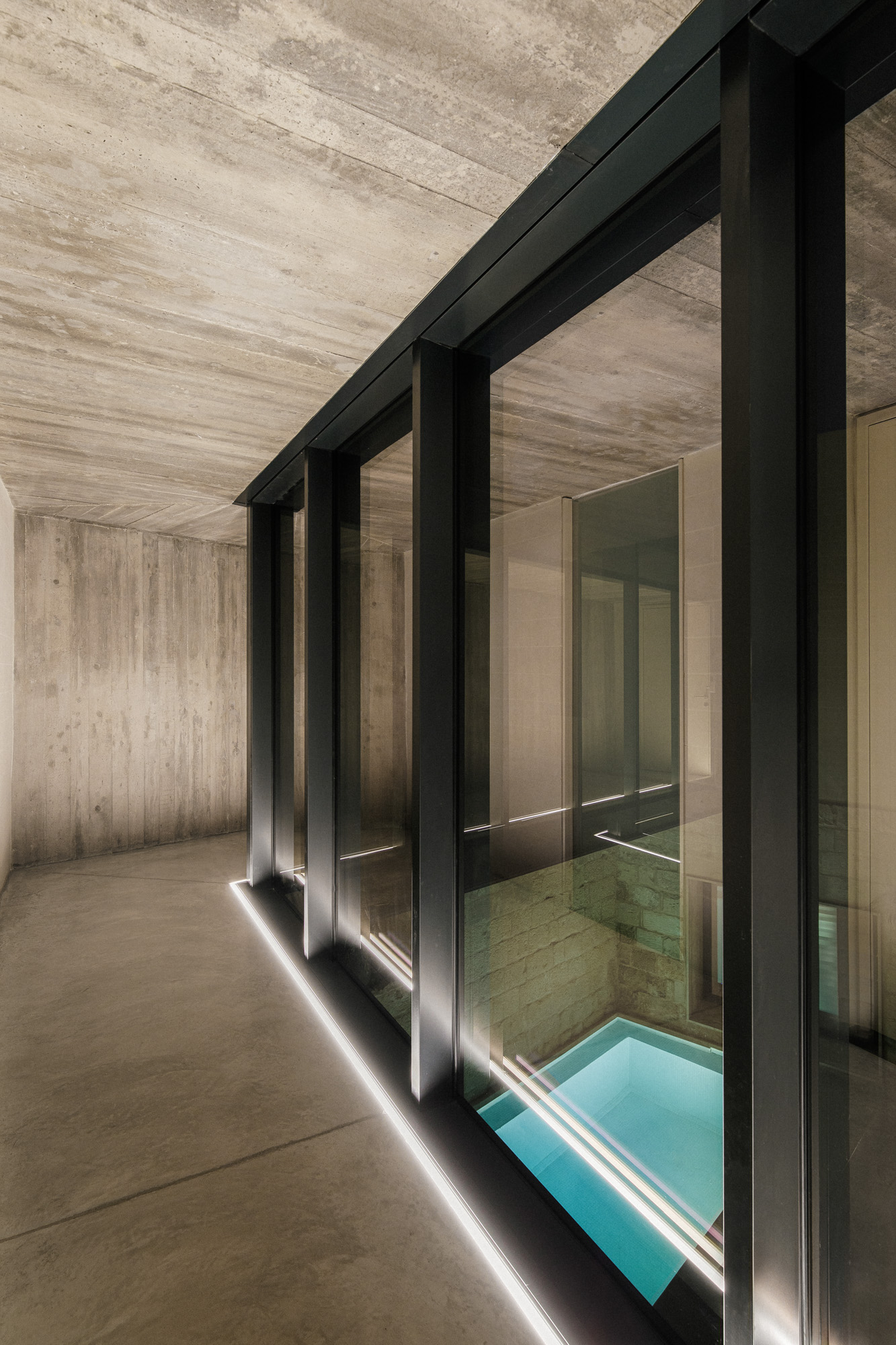 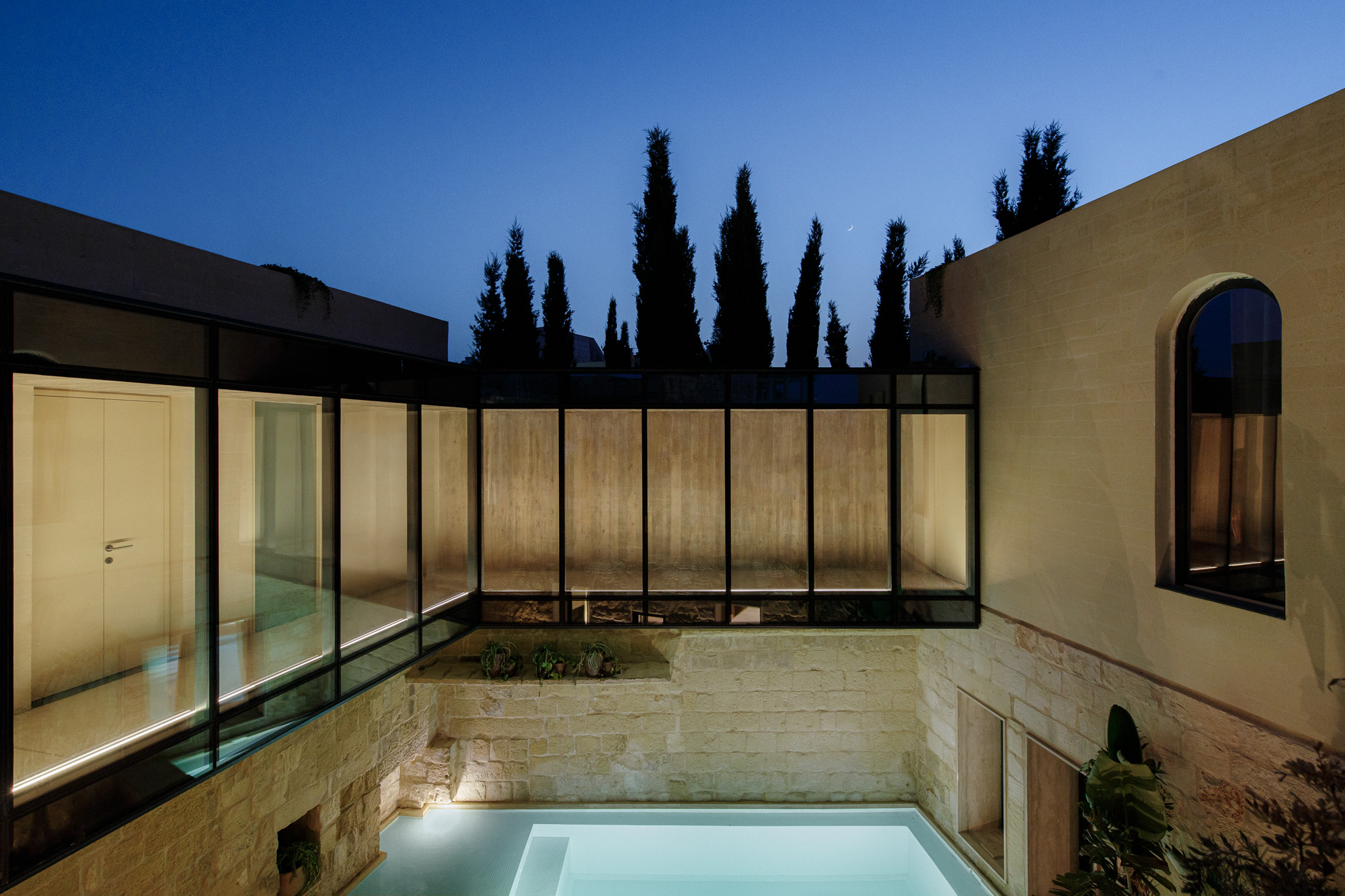 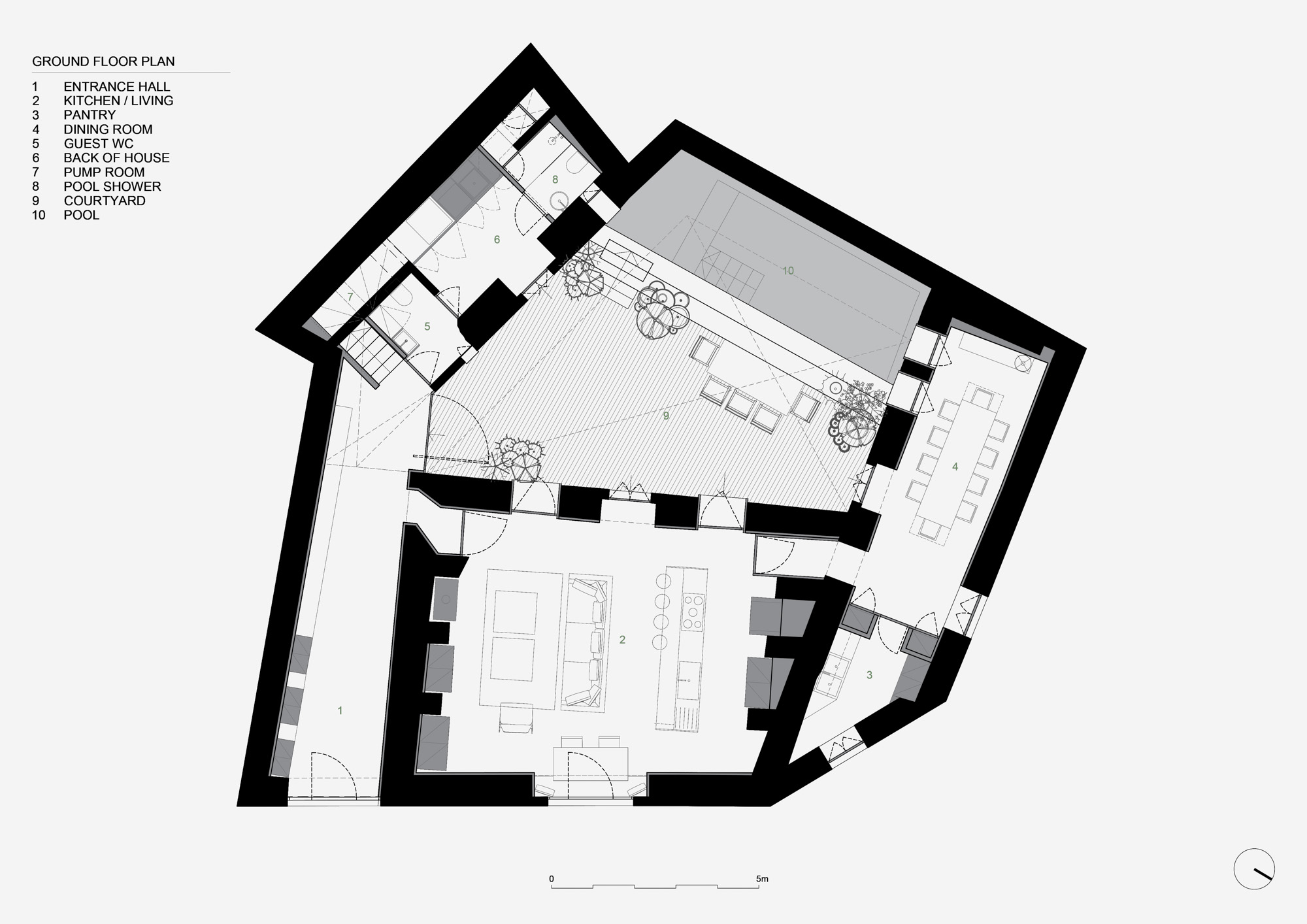 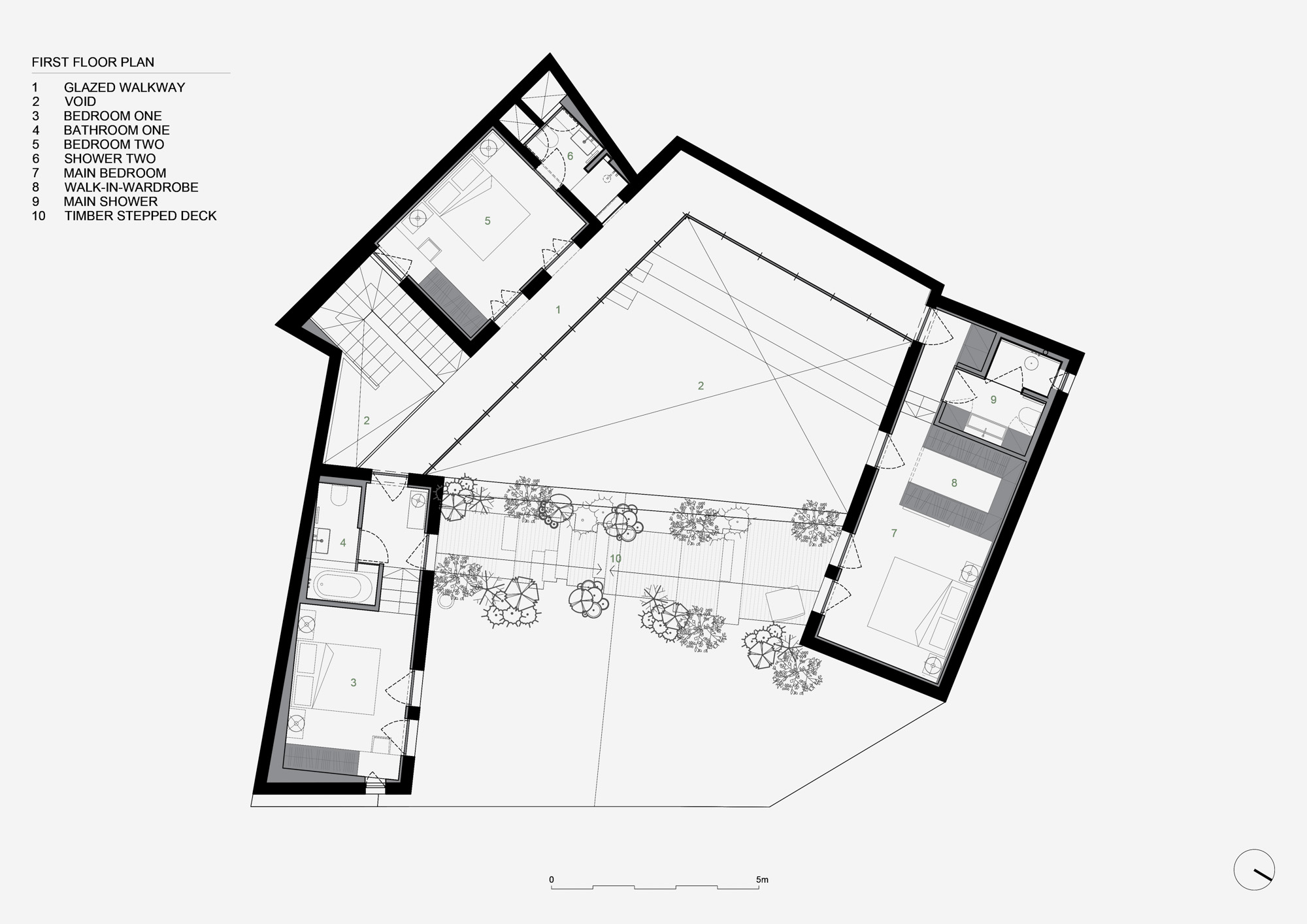