Valentino Architects, a design-led architecture practice based in Valletta, have recently been honoured at the Iconic Awards, an awards programme run by the German Design Council.

They have also been longlisted in the Emerging Architecture Studio of the Year category at the Dezeen awards, considered a benchmark for international design excellence.

The awarded projects are a penthouse in Gżira, a jewellery store in Tigné Point, Sliema, a hair salon at the Embassy in Valletta and a low-rise apartment in Balzan, all of which show the studio’s focus on prioritising design that is user- and context-driven.

“We’re delighted that our work is receiving attention at an international level. This is the second year we’ve been recognised at the Iconic Awards – we see this as a mark of consistency, which is something we prioritise,” founding partner Peter Valentino says.

“It’s also great to be in the company of other local firms. This year, both our practice and Mizzi Studio made the longlist for the Emerging Architecture Studio of the Year at the Dezeen awards. That’s two Maltese studios selected out of 4,700 applicants globally.”

His cousin and co-founder Sandro Valentino comments that such recognition is important for several reasons.

“It gives validation to our team’s work, but more significantly, it brings our studio into sync with wider industry priorities, helping us understand what design excellence means universally. Our biggest hope is that awards like these can propel a discussion on design and aesthetics locally,” he says.

Sandro describes the awarded projects as “aesthetic ambassadors for the studio”.

The Art Diamond rethinks retail space, borrowing from the tradition of art galleries as opposed to flashy jewellery stores; 14 East Penthouse challenges the notion of open versus closed plan living; while the Dean Gera Salon presents an interior that sculpts space, creating a processional route through the salon’s different zones.

“Our focus now is making all our projects more sustainable, while keeping design as a priority. We believe the two are mutual,” Sandro says.

Peter explains that their mission has always been to make buildings that are defined by “design integrity”.

“We are especially motivated to achieve that goal through design that is environmentally and socially driven. This may mean challenging Malta’s default systems, triggering dialogue about go-to construction methods, planning policy and aesthetic direction, and even questioning the role of the architect.”

Shifting towards ‘a common good’

While many lament about the overdevelopment of Malta, with ongoing construction and high-rise buildings leading to the island’s uglification, Sandro says that the problem is not that Malta is overdeveloped but that “it’s overbuilt”.

“Development, in essence, is a positive term, signalling the forward movement of our built environment. But in recent history, we haven’t seen much architecture, mostly just construction,” he points out.

“Our urbanscape is dominated by commercially driven construction aimed at maximising short-term return, with very few public, cultural or community projects being delivered on balance. This has caused the destruction of the periphery of our village cores, urban sprawl, environmental harm and general ugliness.”

He notes that development and density “can be positive” if accompanied by forward-thinking as has been done abroad, including in cities with a rich heritage context. As an example, Sandro mentions the Porta Nuova district in Milan which “sits respectfully with the city’s existing fabric” and is recognised as an urban success story. It all boils down to sound planning and a focus on world-class design, he says.

He adds that, locally, we must shift focus towards “a common good”.

“This means shedding the belief that construction is a given right just because someone owns a piece of land. Development should only happen if it is for the benefit of society, and never at the detriment of the environment,” he stresses.

Peter continues: “Right now, all the construction industry is doing is building towards a promise of ‘profit’, which is a false objective for a better life. This is all happening with very little long-term thinking or understanding of environmental consequences.”

He maintains that for the industry to be more sustainable, priority should be given to high-quality design, well-being and low-impact building techniques.

“We need to be more aware of the consequences of our actions – the impact of digging a hole to build a basement, the sourcing of materials, the demolition of buildings without consideration for reuse,” Peter says.

“Malta’s architecture and construction industry should shift towards a predominantly retrofit model. The island is abundant in existing building stock and makes a perfect case for reusing what’s already there. This needs to be incentivised by national policy – VAT cuts on retrofit projects are being lobbied elsewhere in Europe. Malta has every opportunity to lead on this front.”

Sandro adds that for existing buildings to survive, they need to be carefully adapted to cater for contemporary society’s requirements. And when the marriage between old and new buildings is done sensitively, “it characterises the evolution of our built environment”.

“Today, most people are afraid of what is incorrectly referred to as ‘modern’ architecture and are unfortunately paralysed by nostalgia,” he says.

“This is understandable, given the state of the built environment. There’s also very little exposure to good contemporary architecture locally, so people find comfort in what is familiar, often backing replication of traditional buildings as opposed to reinterpretation.”

The duo concur that this is another reason why international awards are important: “They penetrate popular culture, encouraging a collective understanding of how contemporary design can improve the way we live.” 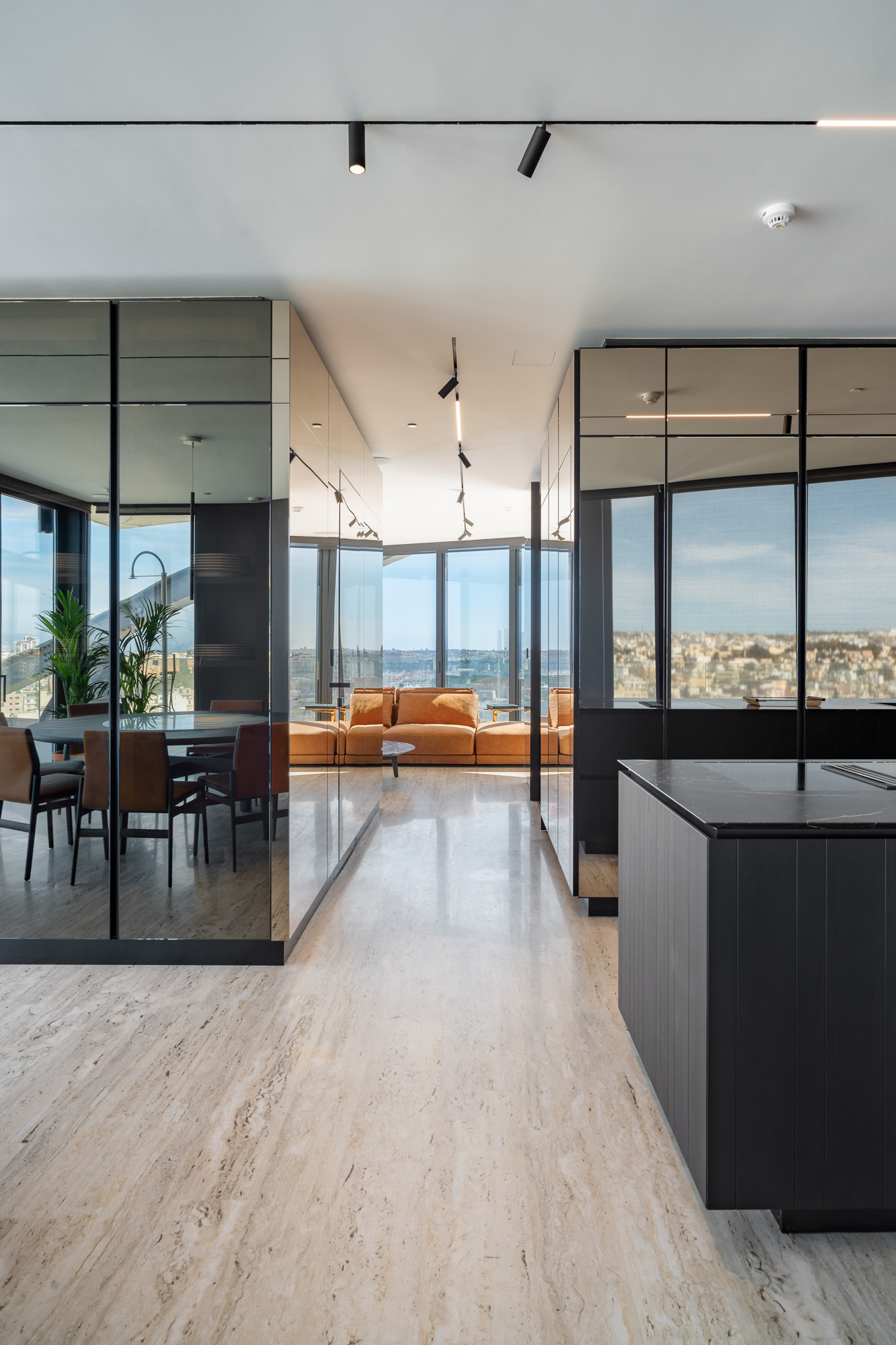 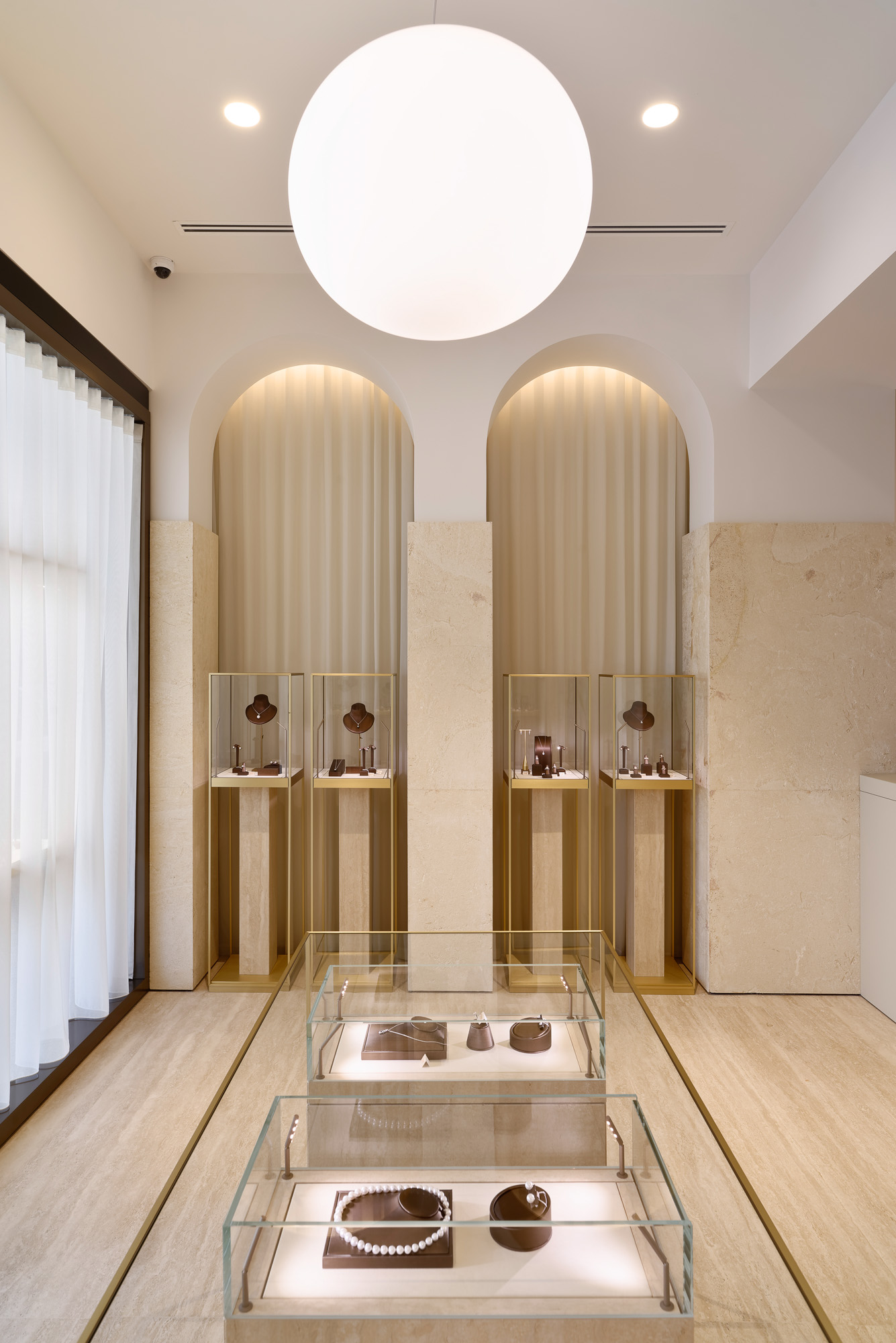 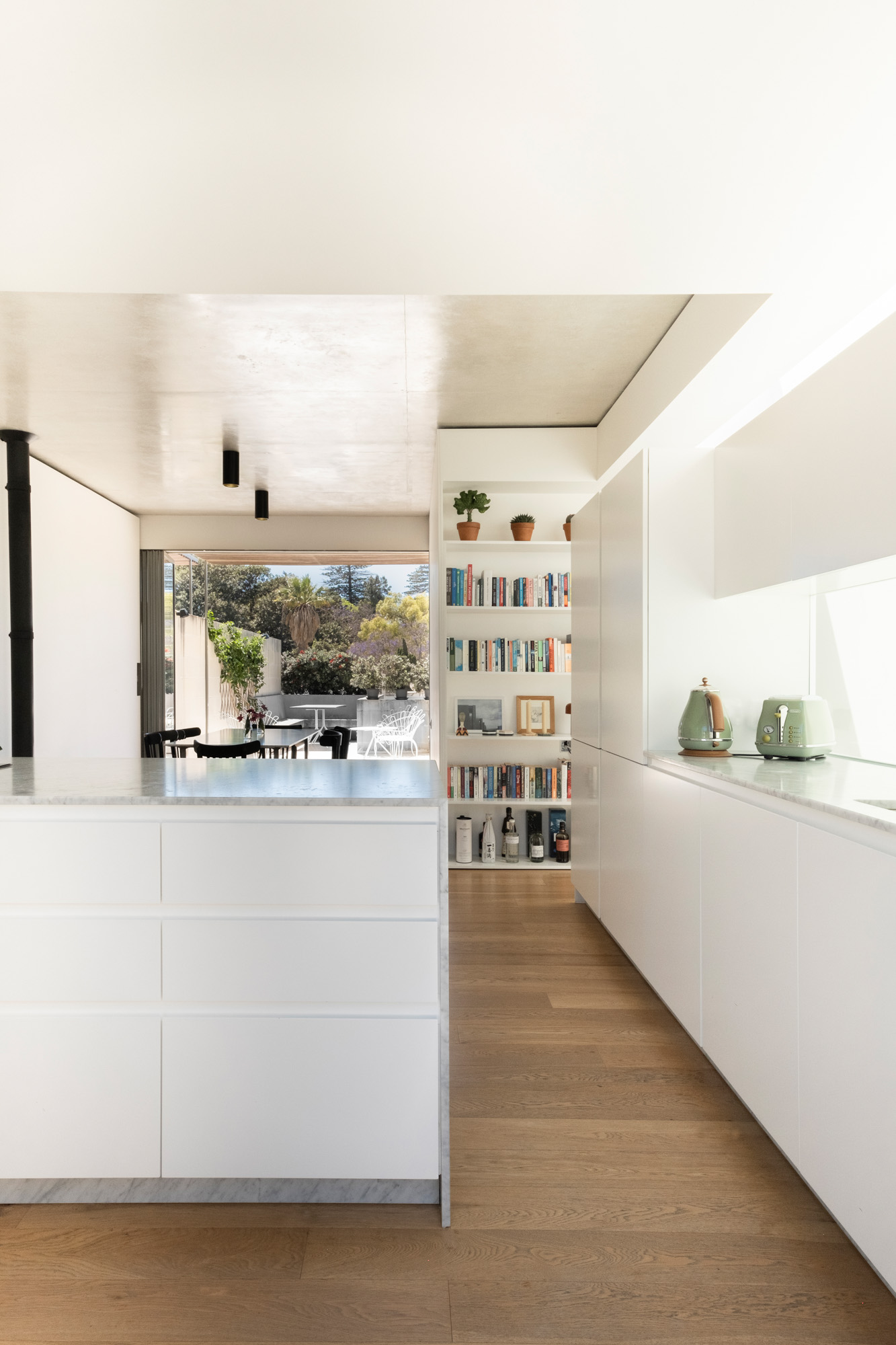 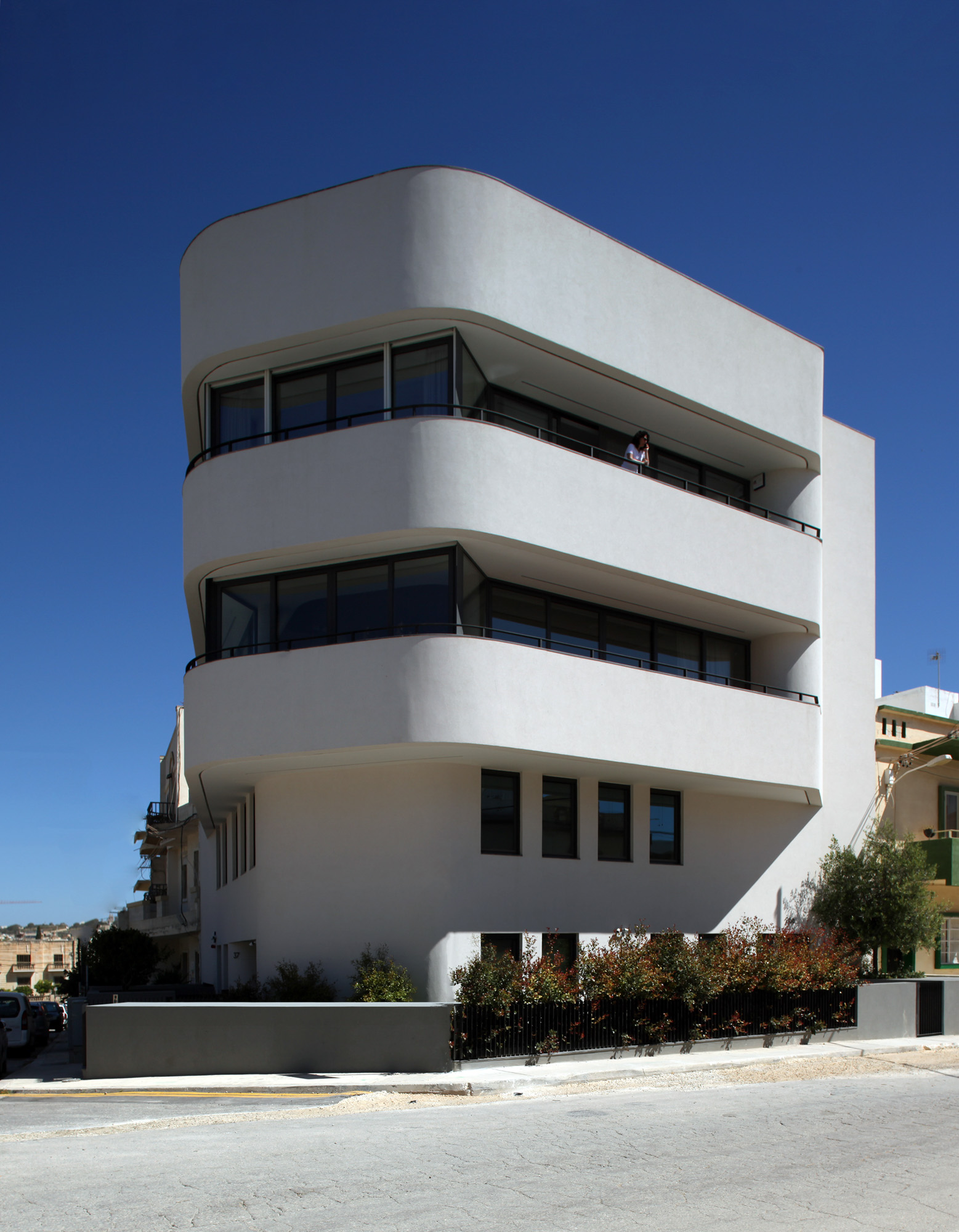 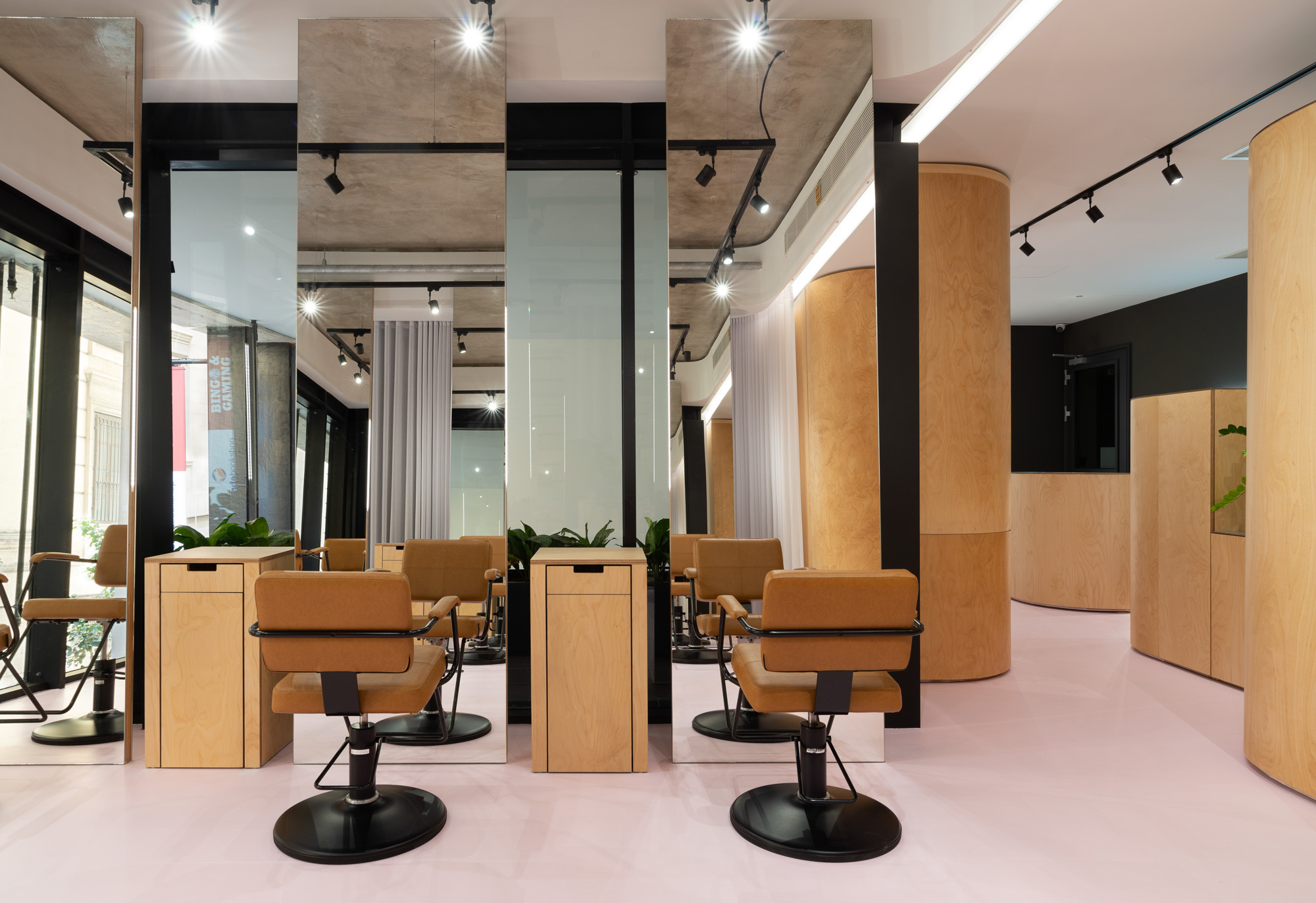 The role of the perit is changing, Peter and Sandro Valentino, co-founders of Valentino Architects, claim.

They point out that, traditionally, the architect’s role was all-encompassing because buildings were significantly less complicated but, today, buildings are more complex to deliver. This makes their role much more difficult and might even impinge on the quality of their output.

“We believe this needs to be challenged. It seems absurd to assign this volume and range of responsibilities to one role, as opposed to collating expertise and having more joined-up thinking with other professionals. As it stands, the role of the architect is being progressively stretched, with the consequence often being diminished design quality.”

Moreover, Sandro asserts that some architects seem to be increasingly seduced by financial growth and entrepreneurship as a representation of success.

“This is fine if the intention is to also contribute to the built environment positively. But within a development-led context, practices are often swept up in the wider drive for profit, disabling their ability to prioritise what Malta’s urban landscape really needs,” he says.

The duo also complain that the planning system is very complex to navigate through. But they mostly lament that it “does not prioritise design integrity”.

“As a result, it has largely failed to safeguard the quality of our built environment. The truth is, it’s easier nowadays to get planning permission for a nondescript, low-quality building that satisfies the planning system’s box-ticking process than for quality architectural projects with a contemporary vision to progress,” Sandro says.

“This means architects have engineered their practice to churn out buildings that are guaranteed to meet planning requirements, as opposed to designing architecture that adds value to the urban realm. Whenever a project doesn’t fit the planning mould, it becomes difficult for it to move forward within the system.

“Beyond height, density and technical parameters, our planning system has rarely demonstrated an ability to recognise design quality. Again, this seems to boil down to a lack of confidence in our own design legibility locally, which comes from lack of exposure.”

Currently, Valentino Architects have two projects they are trying to get through the planning process, both of which are designed as “contemporary companions” to their heritage context. A project for a dwelling in Żebbuġ reinterprets the historic Mediterranean ‘loggia’ and another for a care home takes cues from its surrounding built environment.

“Both have been thwarted by vague planning decisions,” they say.

The two architects have a number of suggestions on how it is possible to prioritise the design aspect of buildings.

“We need to pool in expertise, workshop the problems and acquiesce to a greater purpose. The return to design rigour should be the underlying answer, whether it’s through independent design-review panels or a wider return of design decision making to the architect. In some way, we must find the knowledge and courage to prioritise design excellence above anything else,” Peter argues.

“We also need to listen to the Kamra tal-Periti’s ideas for reform. Its president, Andrè Pizzuto and his team are working hard, striving to bring comprehensive, future-driven ideas to the table but there needs to be willingness to engage with those ideas.”

A vision of the future

Asked how they envision the architect’s role in a decade’s time, Peter says that the role should be the same as it had been 100 years ago as it should be in a century’s time, that is, a mediator for social change and advancement.

“The architect’s context changes, as do the tools, but the role should remain focused on improving people’s lives through the quality of built space, only now with a greater emphasis on the environment,” he says.

“We’re not alone, there are other local studios working towards a similar reality, we just need to improve the framework within which we’re all working as well as recalibrate our ambitions.”

Sandro adds: “Malta has a historical tradition of prioritising excellence in design, not least because we belong to a broader Mediterranean philosophy devoted to aesthetics, form and proportion. It’s in our cultural DNA. We need to recognise that the context has shifted and that, despite this challenge, we have the credentials and ability to materialise bold, exciting change.”

Peter emphasises that, above all, the country needs to press pause on the construction mania.

“We need to stop and think, move away from individualism and towards community. As a design and construction industry, we need to remember that there are actually three ‘clients’ we are working for. Aside from traditional clients, architecture must serve the community and the environment,” he says.

“Awards are just one part of how we can encourage more knowledge-sharing around design quality at a local level. We also need to participate in events, reach out to collaborators, start discussions, share the experience we have and be open to that from which we stand to gain.” 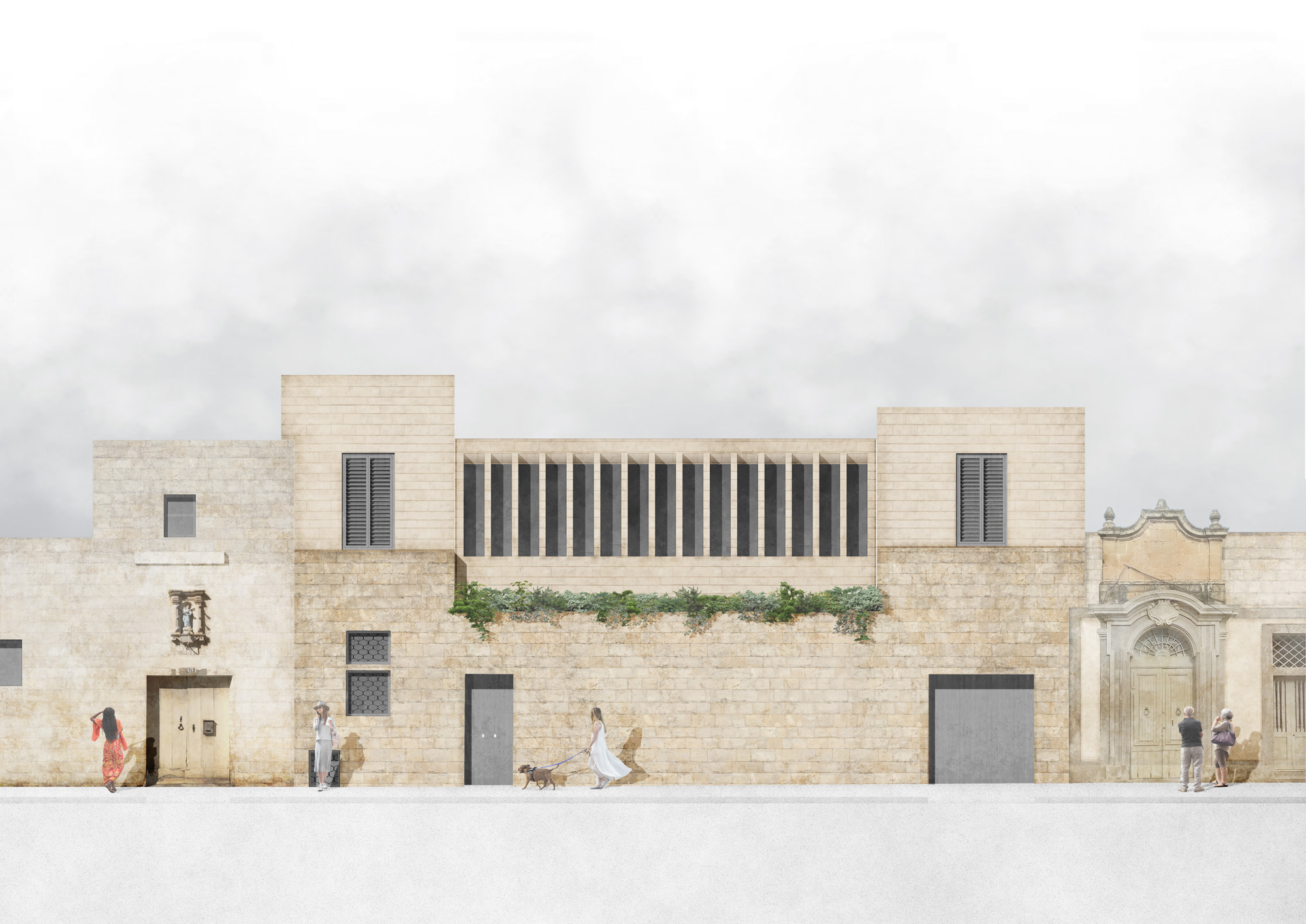 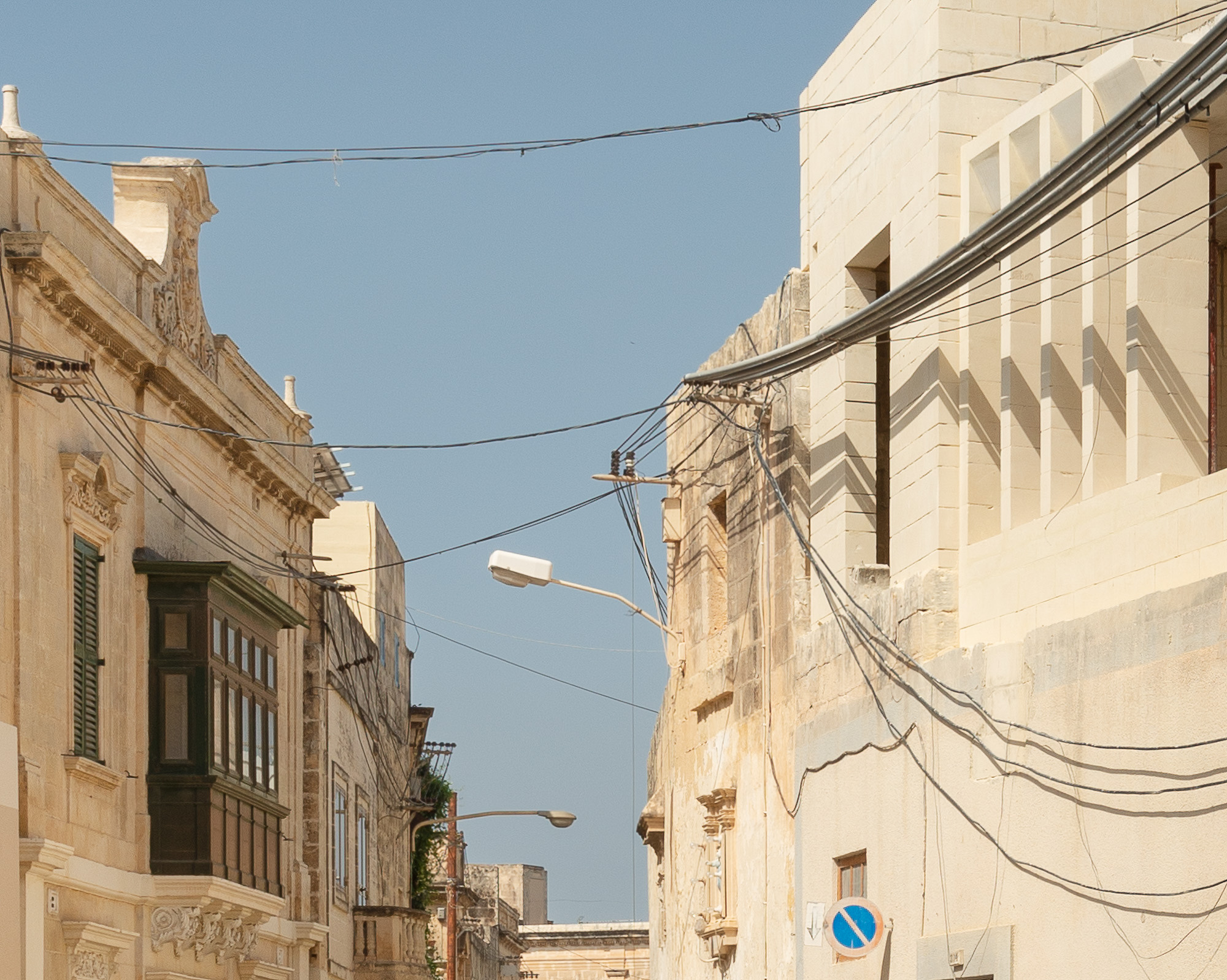 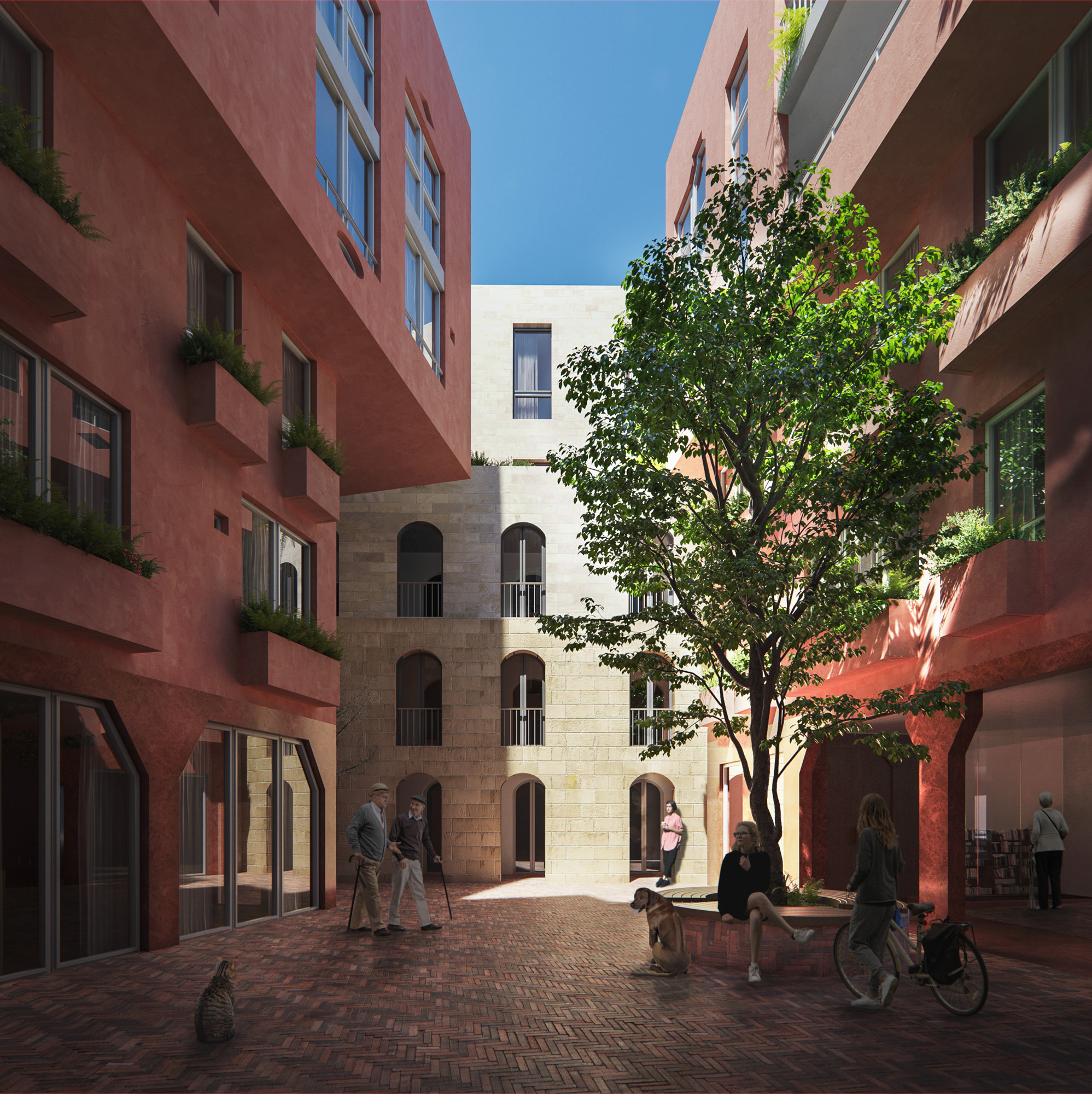 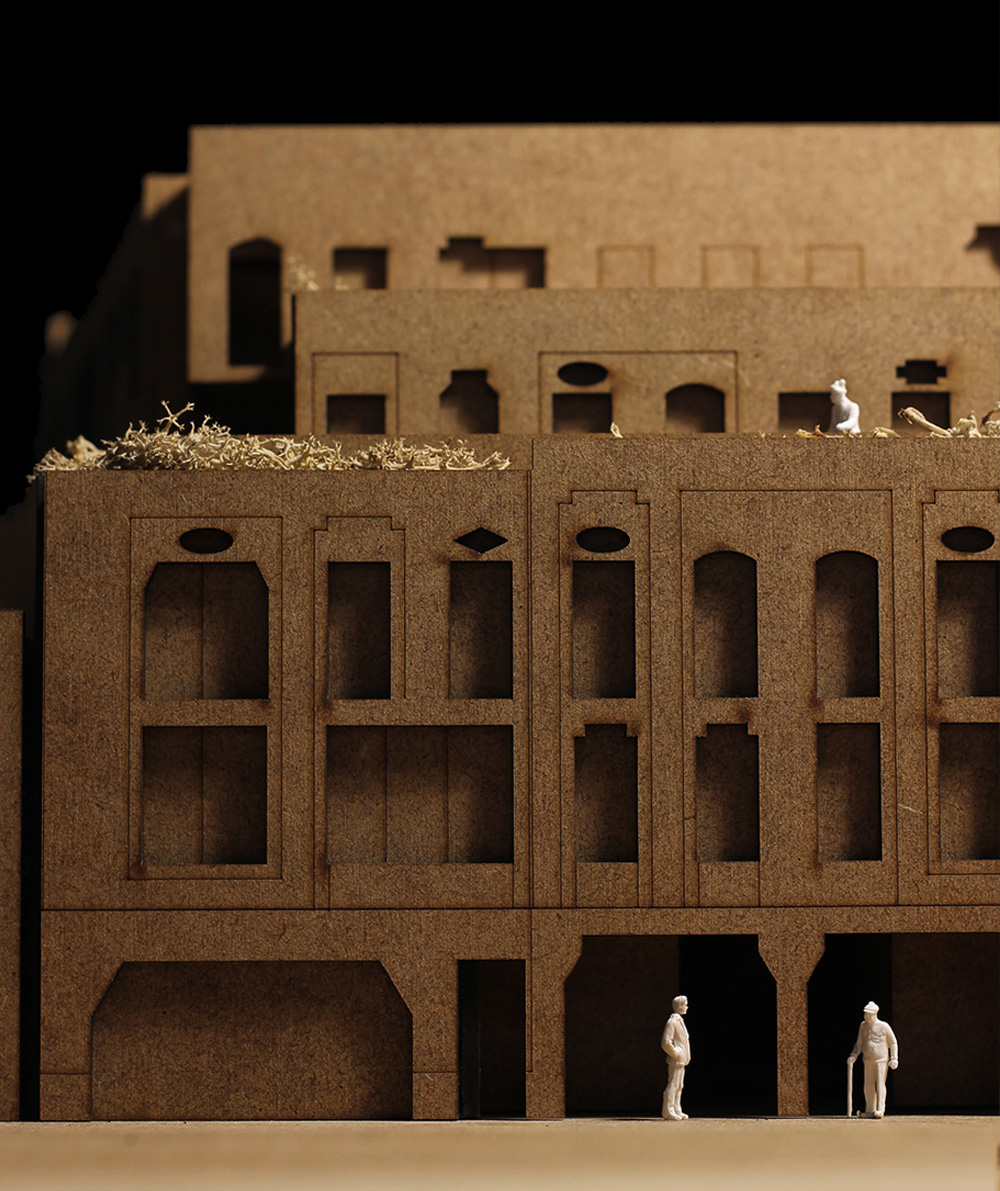 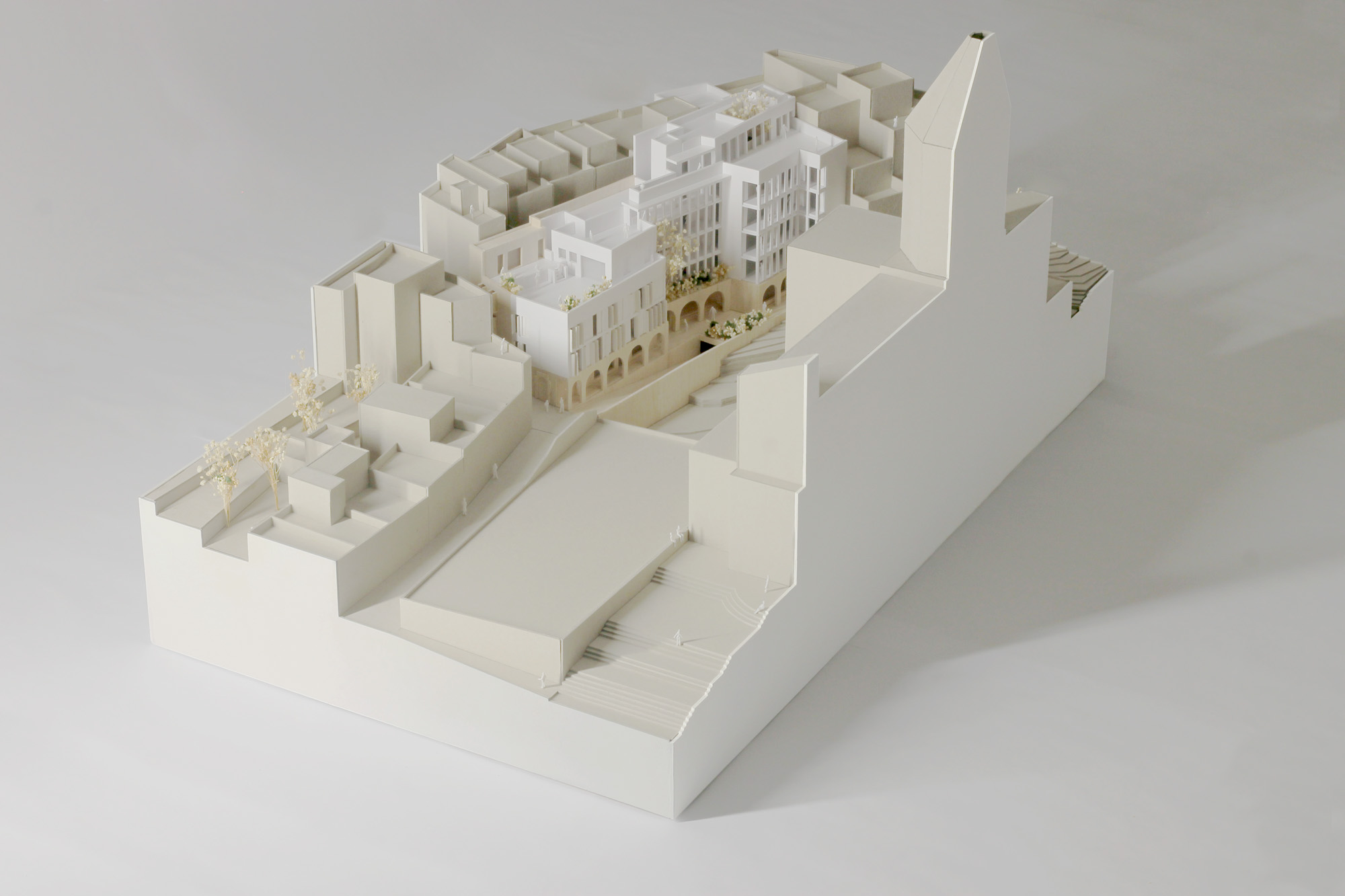 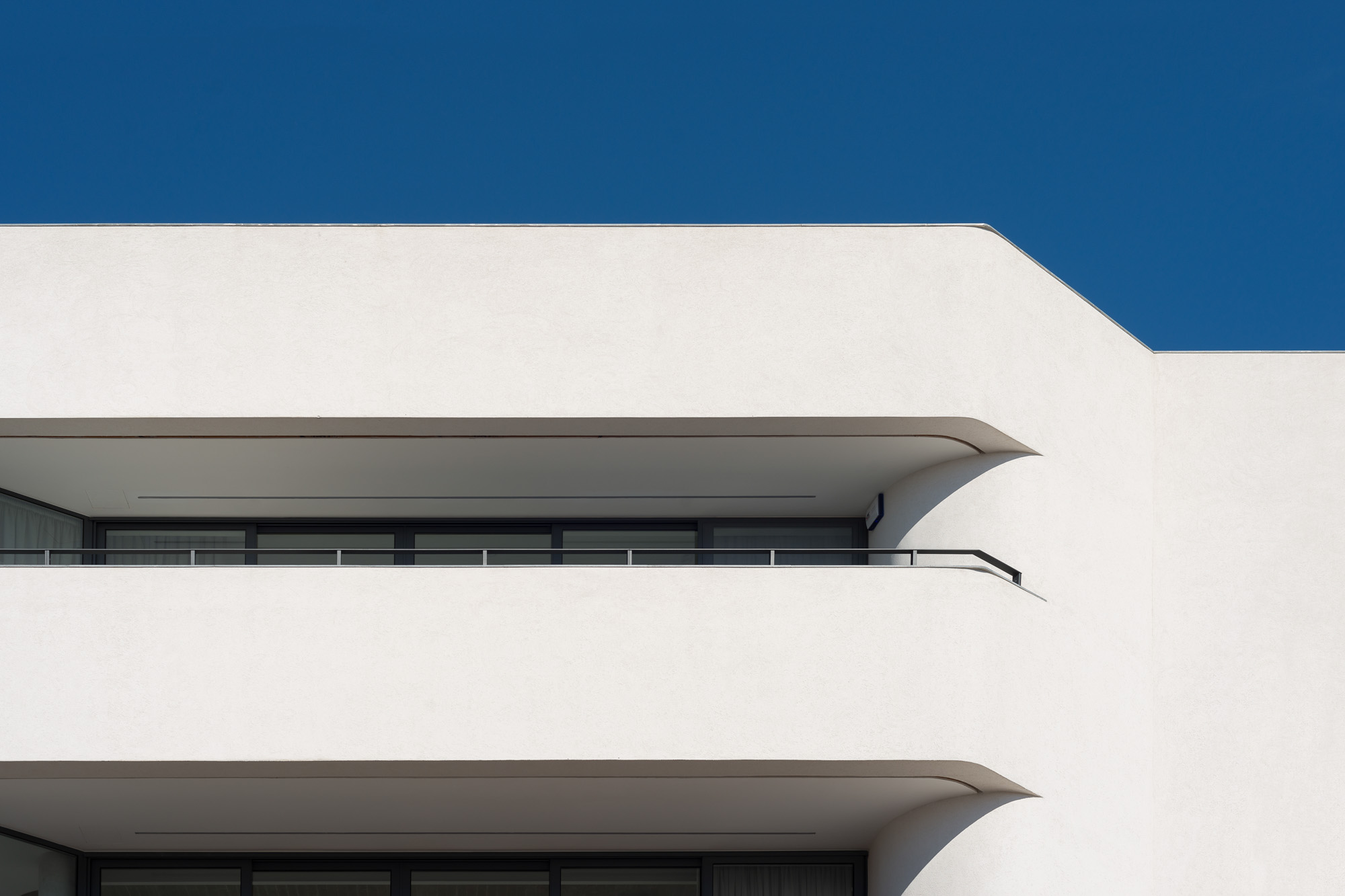 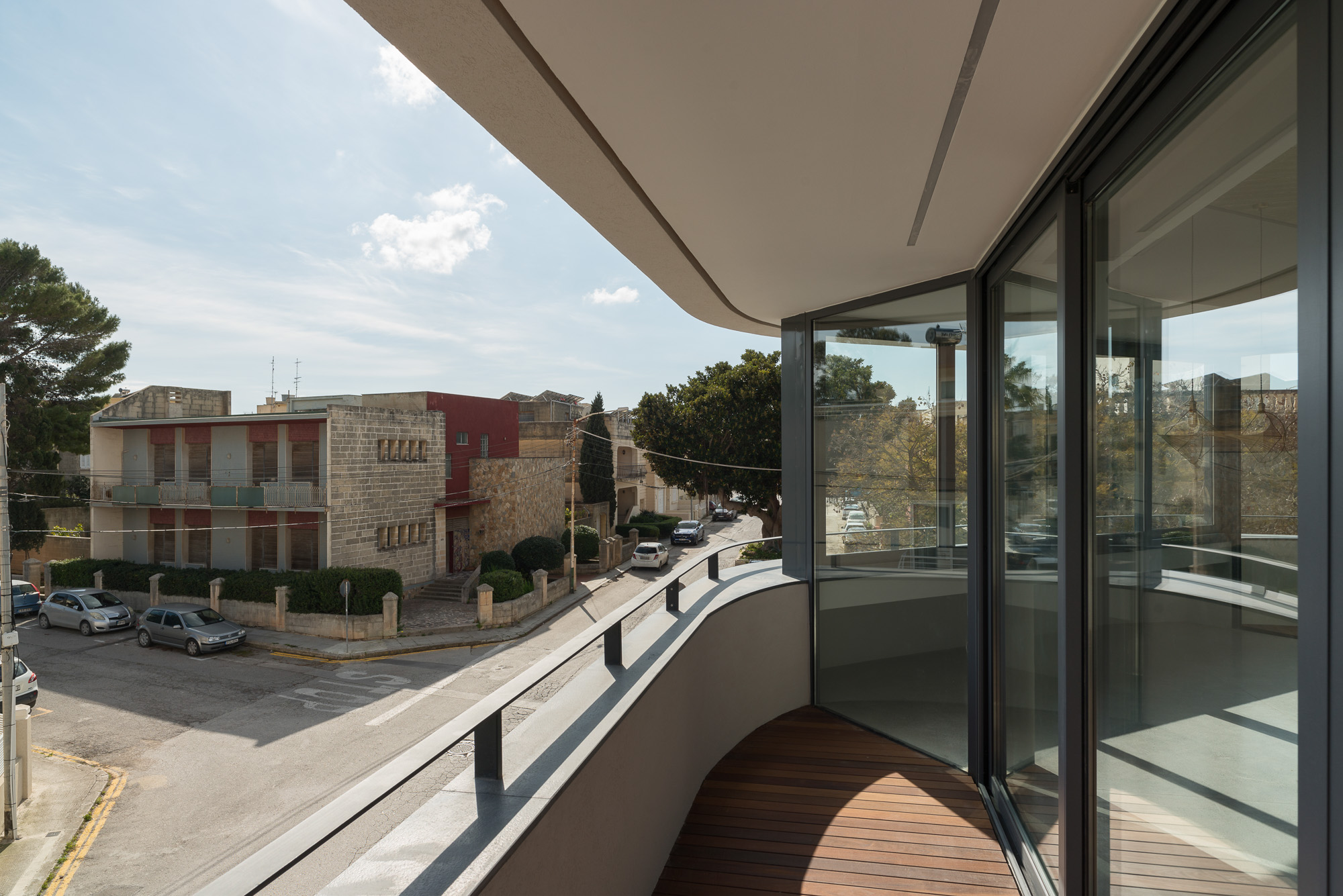